We list the best hotels, hostels, B&Bs and guesthouses in Washington D.C. as recommended by travel experts from CNN, Lonely Planet, Fodor’s, New York Times and more. All hotel recommendations have been referenced with customer reviews, and we only list hotels which have a review rating of at least 4 out of 5 stars.

Washington ranks as one of the most visited cities in the world with nothing less than 20 million people trooping into the city yearly.
Washington is naturally founded to become a political center but has since become a major tourist attraction as a result of several monuments and museums located in the city. The city is also an international diplomatic center housing nothing less than 177 foreign embassies as well as the headquarters of several international organizations.

The city is also famous for being a major center of national and international media. As a planned city, the features and cityscape were pre-planned before founding the city. Broad streets and avenues radiating from rectangles are common features of Washington.

The skyline of the city has mandated by law is low and sprawling. The United States Capitol and the Washington Monument are two of the tallest structure in the city.

If you like our list of best places to stay in Washington, then you should also check out our selection of recommended hotels in Philadelphia or the best hotels in Chicago. 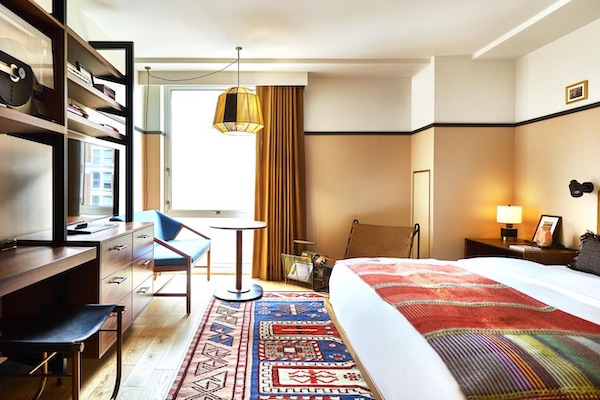 “Eaton DC has the trappings of any cool city hotel: a botanical-heavy, Instagram-ready rooftop bar that slings strong cocktails and pan-Asian tacos; a wellness studio offering alternative therapies like reiki and crystal-healing; rooms (a staggering 209) curated with records and mini-libraries.” 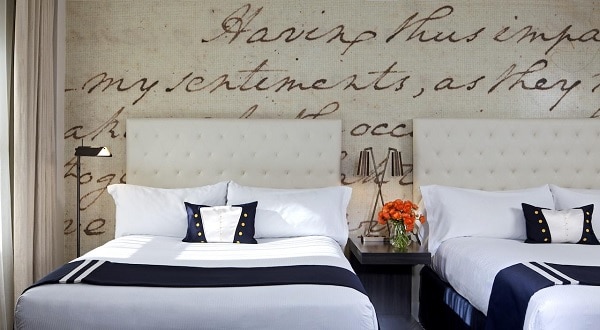 “The major chain hotels can be found within a mile of the Capitol, but a better option is the Hotel George, a Kimpton Hotel with a fun George Washington theme and animal- print robes. A stone’s throw from Union Station and the Capitol, it has the added bonus of a very decent restaurant, Bistro Bis, which also has a sexy bar.” 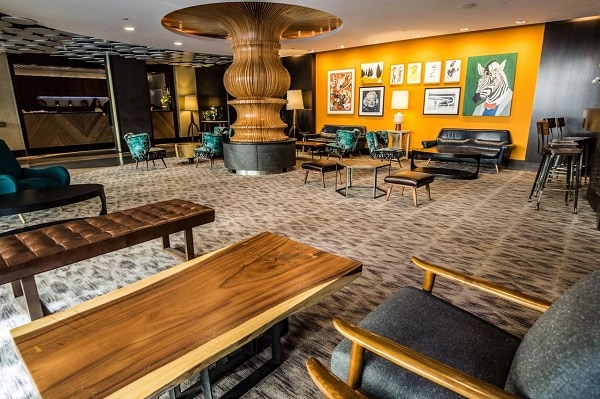 “A less expensive and slightly less elegant but equally convenient option is the Liaison Capitol Hill, an Affinia Hotel, with 343 rooms and a seasonal rooftop deck and pool, an unusual feature for hotels at this price. Locals still flock to the four-year-old Art and Soul, run by Art Smith, best known as Oprah’s chef.” 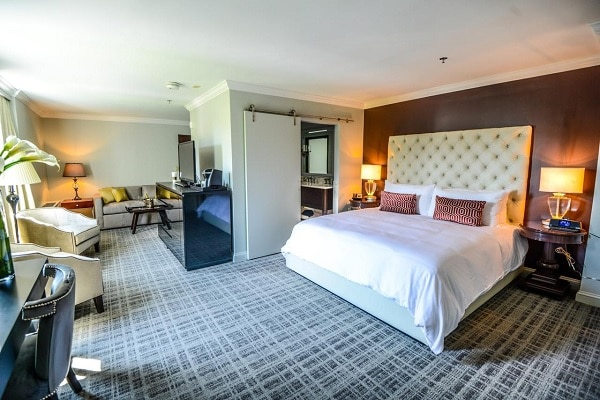 “The Graham embodies the duality of Georgetown, a neighborhood that is both a raucous night-life haunt and home to genteel Washington society. Tranquil, modern rooms paired with a vibrant rooftop offer hotel guests equal parts serenity and excitement, not to mention a tucked-away spot from which to start exploring the city.” 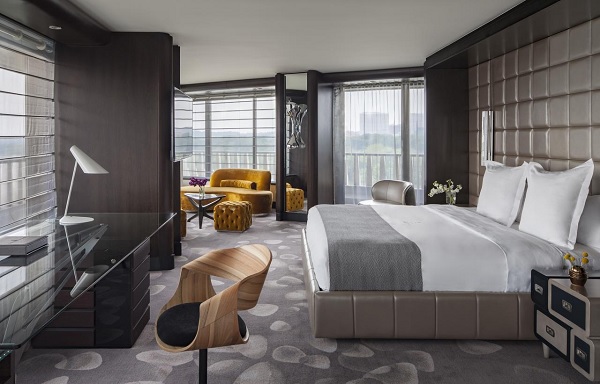 “The history is fascinating, the location is desirable and the attractive surroundings are a draw. Service, too, is on the ball. And so, the legend of the Watergate has a new chapter.” 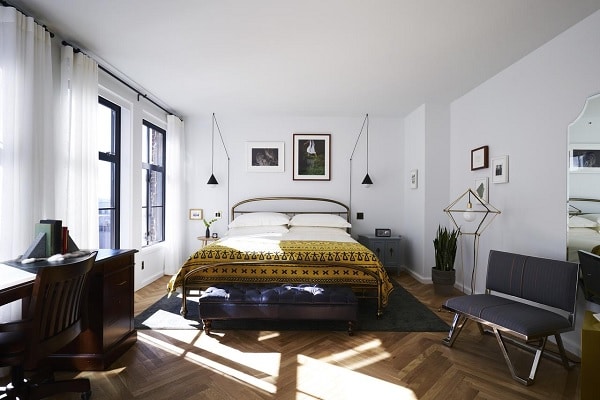 “In a city that’s traditionally very industry and sort of “meh” when it comes to anything that’s not a museum or a monument, it stands out for being a seriously cool hotel with excellent design and really great food and drink offerings.” 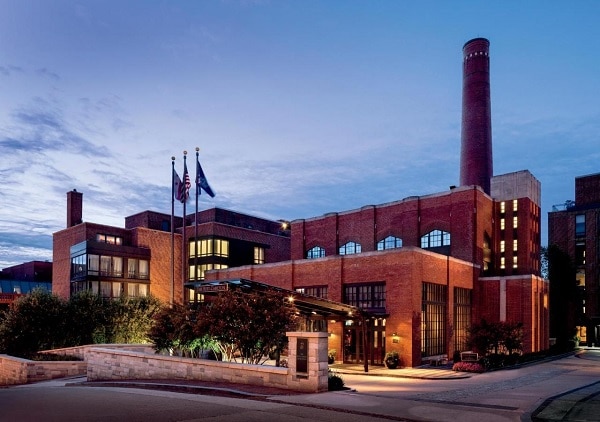 “This chic 86-room hotel is the chain’s smallest and feels more like an elite Alpine nook than a hub of ever-bustling Georgetown.” 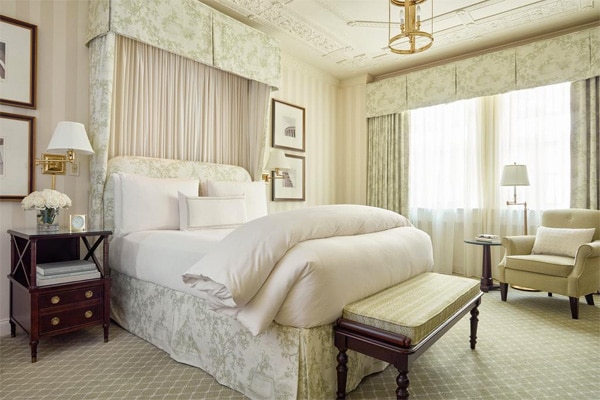 “One of the city’s great heritage hotels, the Hay is a beautiful old building where ‘nothing is overlooked but the White House.’ The property has a palazzo-style lobby and probably the best rooms of the old-school luxury genre in the city.” 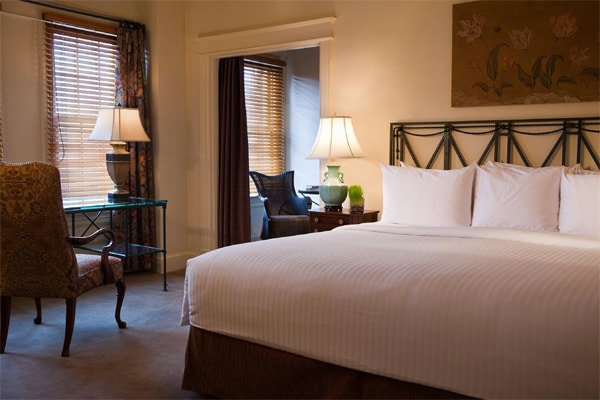 “Done up in Venetian decor and beloved by World Bank and State Department types, this European boutique hotel has multilingual staff and an international vibe – you hear French and Spanish as often as English in its halls.” 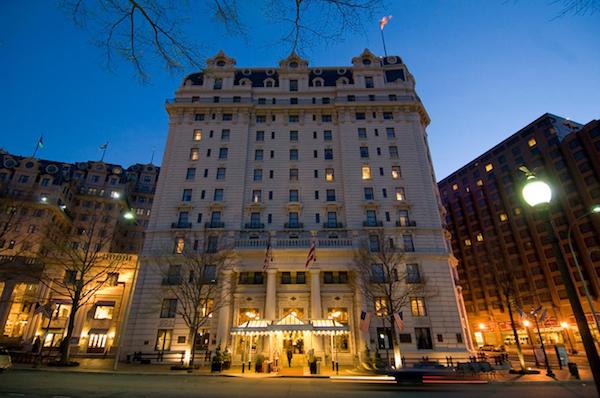 “This grandiose, opulent Beaux-Arts Hotel, the crown jewel on DC’s most famous street (and just a block from the White House), has sat in the middle of the city’s political and social scene since 1818.”

Featured as Fodor’s Choice in Washington. 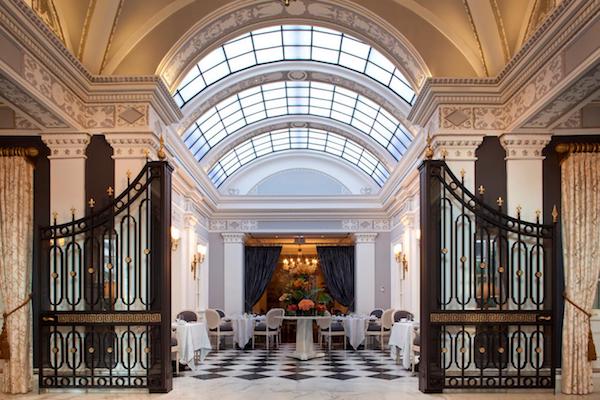 “If you can afford to, stay at The Jefferson, which I consider to be D.C.’s best hotel. And if you can’t afford to, at least stop in at Quill, the hotel’s delightful bar, where the bartender will invent a cocktail to please you, right on the spot.”

What are the best neighborhoods to stay in Washington D.C.?
Washington, the seat of power of the United States of America, it is a unique blend of classical structure and modern formation, located along the bank of Potomac River. If you are visiting Washington, here are some of the places that you can visit and stay in:

Dupont Circle
It is one of the primary locations and is centrally placed in the historic district. This area is extremely safe and boasts some of the best restaurants and vivacious nightlife. It has several 5-star hotels as well as bed and breakfast options for its visitors.

Capitol Hill
Apart from its obvious connection with political power, this tree-lined neighbourhood has statuesque classical structures which are juxtaposed against the Eastern Market, where you will get local produce and handicrafts. It also boasts an eclectic mix of eateries like pizzeria, bakeries and world cuisine.

Downtown Washington
It is a commercial space and houses several museums including the famous Smithsonian and theatres. The Penn quarter and Chinatown boosts of several mouth-watering eateries. Gallery Place is a hub of bars, restaurants and luxury retail stores.

Southwest Waterfront
It is located near the marina, and has one of the best fish markets in America- the Maine Avenue Fish Market, which offers a varied choice of seafood eateries and cafes. The view of the river at Haines Point is breathtaking. It also has a world-class golf course.