We list the best hotels, hostels, B&Bs and guesthouses in Vancouver as recommended by travel experts from CNN, Lonely Planet, Fodor’s, New York Times and more. All hotel recommendations have been referenced with customer reviews, and we only list hotels which have a review rating of at least 4 out of 5 stars.

Vancouver is a coastal seaport city in the western region of Canada. Vancouver has a high population density; it is the most densely populated city in the whole of Canada and the fourth in North America.

Vancouver is also popular for having a diverse population with more than half of the population having a first language other than English. As a matter of fact, almost 30% of the city population has Chinese heritage. As a result, Vancouver is a meeting point for various culture, and language resulting in a beautiful city that attracts people from any part of the world.

Vancouver is ranked highly in livability and quality of life indexes; it is usually in the top five of both rankings among the cities of the world. Vancouver has hosted a number of international events that endeared this beautiful city to the world such as the 2010 Winter Olympics and the 1989 and 2009 World Police and Fire Games.

The city is also home to notable cycling races with most Global Relay Gastown Grand Prix held in the summers since 1973 hosted by Vancouver. With its beautiful hotels and hospitable culture, visitors are sure to have a memorable time in this city.

If you like our list of best places to stay in Vancouver, then you should also check out our selection of recommended hotels in Toronto or the best hotels in Montreal. 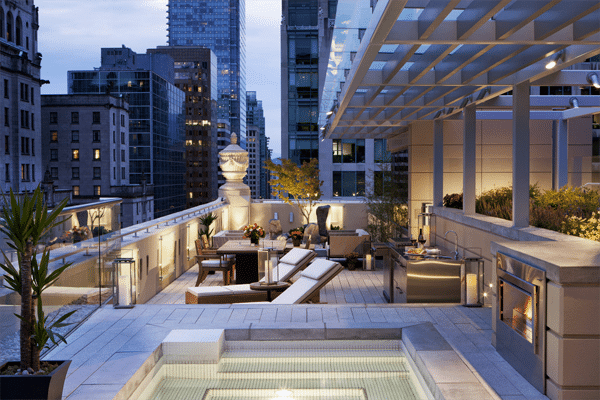 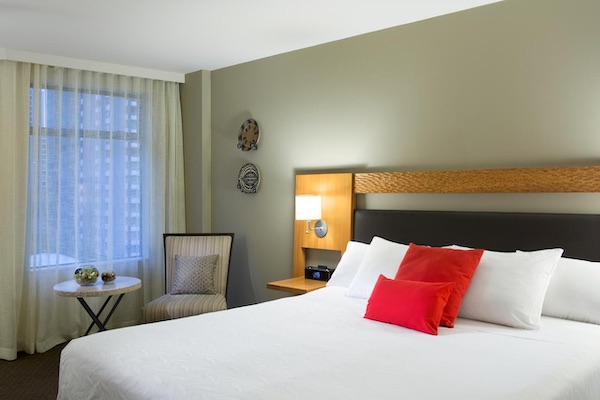 “On a pretty stretch of Robson Street, the Listel Hotel is an eco-friendly boutique hotel with contemporary and Northwest Coast art and furnishings throughout the property’s public spaces, guest rooms and suites. There are two restaurants: Forage, a farm-to-table restaurant, and Timber, a Canadian gastropub.” 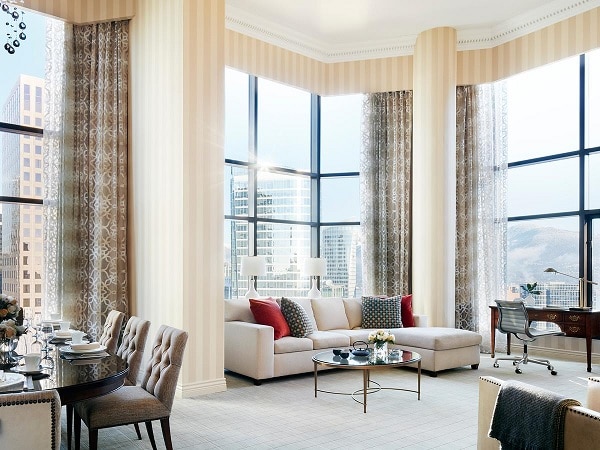 “For those looking for luxury, stay at the Four Seasons. In addition to the top-notch service and airy rooms, the hotel is attached to the Pacific Center, a shopping mall that is a stop on the Canada Line and SkyTrain.” 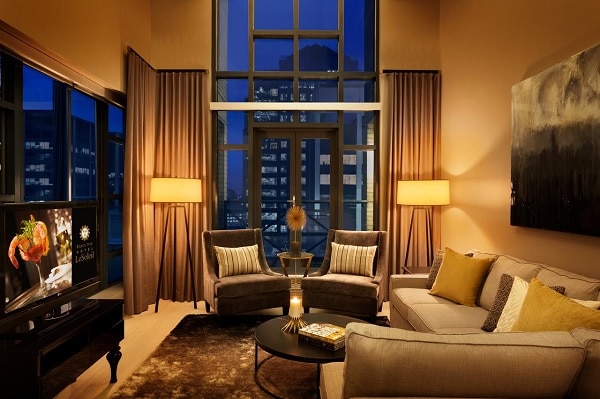 “The Hotel Le Soleil in the financial district is a 119-room boutique hotel with a South Asian feel. Every room is a suite with its own sitting area. The hotel also has an excellent contemporary Indian restaurant, Copper Chimney.” 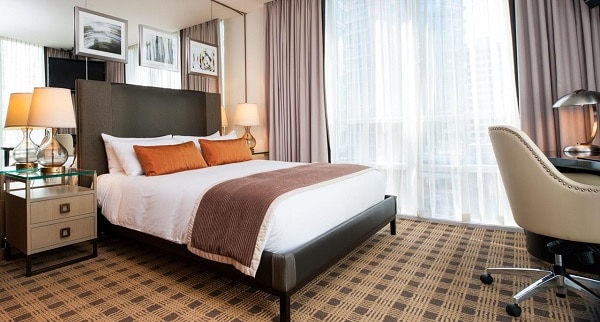 “The stylish Loden is the real designer deal. The chic, mocha-hued rooms have a contemporary feel, with luxe accoutrements such as marble-lined bathrooms and those oh-so-civilized heated floors.” 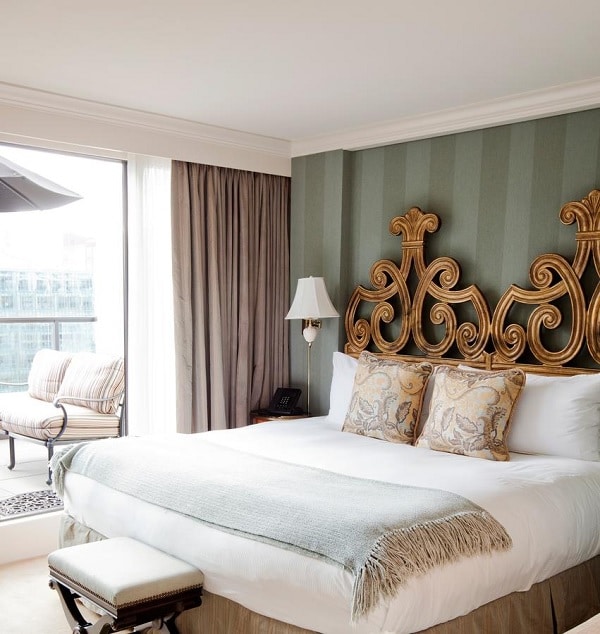 “A member of the exclusive Relais & Châteaux Group, the luxurious, family-owned Wedgewood is all about pampering. Guest rooms are capacious and elegantly decorated, and each has its own balcony.”

Featured as Fodor’s Choice in Vancouver. 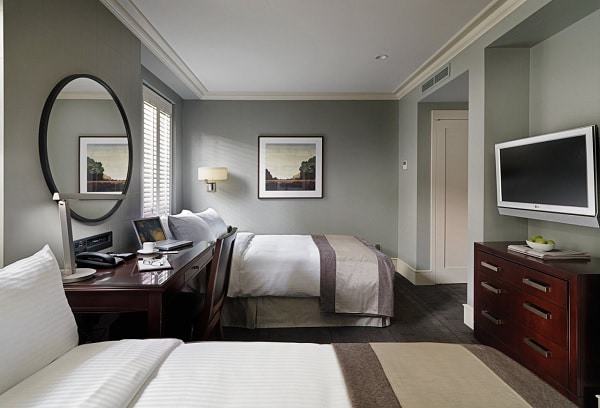 “Transformed in recent years, St Regis is now an art-lined boutique sleepover in a 1913 heritage shell. Befitting its age, almost all the rooms seem to be a different size, and they exhibit a loungey élan with leather-look wallpaper, earth-toned bedspreads, flatscreen TVs and multimedia hubs.” 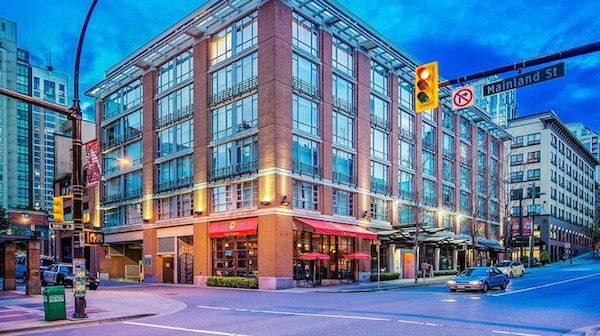 “The OPUS continues to reinvent itself and live up to the motto of being a ‘place to be not just a place to stay.’ The design team created a set of online fictitious characters, then decorated the rooms to suit each persona.”

Featured as Fodor’s Choice in Vancouver.

What are the best neighborhoods to stay in Vancouver?
Surrounded by hills, this coastal seaport of Canada is a vibrant spot that is very popular among the tourists.

Yaletown
This place is known for its magnificent restaurants and lounges which are housed in old warehouse buildings. It is scattered with outdoor terraces and decor boutiques. The waterfront has several options- magnanimous lawn, cycling strips, or you can just take a romantic walk down the road. Rock concerts are frequent at the Rogers Arena.

Coal Harbour
It is a beautiful juxtaposition of marina and mountain, and has an eclectic mix of casual and fine dining along the waterfront. It houses an aquarium and a park with wooded trails. A number of top hotels of the city are located here.

Deep Cove
Located at the foot of the Mt. Seymour, it is closely associated with forests, mountains, skiing and water, making it a popular hotspot for adventure enthusiasts. It also caters to art lovers with an impressionist theatre company and an art gallery. All the hotels here have mesmerizing views.

West End
It caters to inclusive gentry with its prominent gay bars, chic bars and diverse dining options from ramen to seafood. You can walk or cycle along shaded pathways in Stanley Park or go Kayaking in the English Bay.

Gastown
A lively part of the town it has a cool mix of souvenir shops and furnishing stores housed in the old Victorian building. Hip eateries dot the street catering to different kind of taste buds, and there is also an edgy fashion scene. You will find affordable hostels for bag backpackers as well as luxury hotels sharing space.
How much does it cost to stay in a Vancouver hotel?
For a 3-star hotel you have to pay around $150 per night and for a 4-star hotel you would be looking at $240 per night. If you're after a luxury 5-star Vancouver hotel then you can expect to pay around $360 per night.
Which Vancouver hotel is the best for couples?
Try Rosewood Hotel Georgia or Hotel Loden if you're looking for a romantic getaway in Vancouver, both have excellent recent customer reviews by couples.
Which Vancouver hotels are the best for families?
If you're looking to stay in Vancouver with your family, then try Hotel Loden. The hotel has excellent review ratings by families.
We use cookies on this website to analyse your use of our products and services, provide content from third parties and assist with our marketing efforts. Learn more about our use of cookies and available controls: cookie policy. Please be aware that your experience may be disrupted until you accept cookies.