We list the best hotels, hostels, B&Bs and guesthouses in Tokyo as recommended by travel experts from CNN, Lonely Planet, Fodor’s, New York Times and more. All hotel recommendations have been referenced with customer reviews, and we only list hotels which have a review rating of at least 4 out of 5 stars.

Known officially as the Tokyo Metropolis, this city is the capital of Japan, a role it has held since 1869. The city is the seat of the Emperor of Japan, the Japanese Government and the National Diet. The city is unique from a typical city; it is not even officially a city. Instead, Tokyo is a metropolitan prefecture which combines the elements of a city and a prefecture.

Tokyo is one of the largest urban agglomeration in the world and one of the most populous metropolitan area in the world. In 2011, the city hosted 51 of the Fortune Global 500 companies, the highest number at the time which further reflects Tokyo as being a major economic, investment and finance center.

Tokyo was ranked first by TripAdvisor’s World City Survey in the category of “Best Overall Experience” in the year 2014. This survey combines the nightlife, shopping, local public transportation, and cleanliness of streets which all suggest that Tokyo is an indeed a tourism haven.

The Michelin Guide has awarded Tokyo by far the highest Michelin Stars of any city in the world. Tokyo is visited by millions of people throughout the year annually.

If you like our list of best places to stay in Tokyo, then you should also check out our selection of recommended hotels in Shanghai or the best hotels in Seoul. 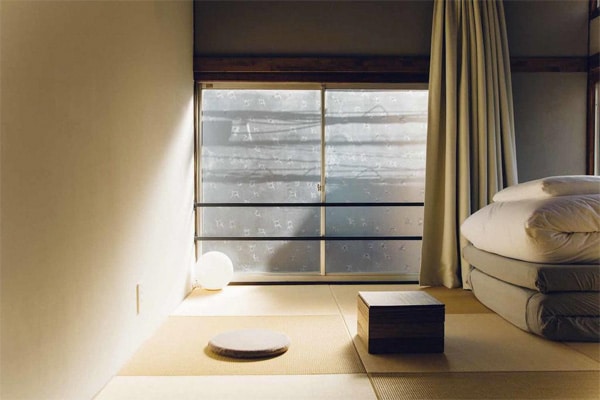 “A project of Tokyo University of the Arts, Hanare offers five immaculate tatami rooms in an old dormitory house, which has been tastefully upgraded to retain original features such as wooden beams.” 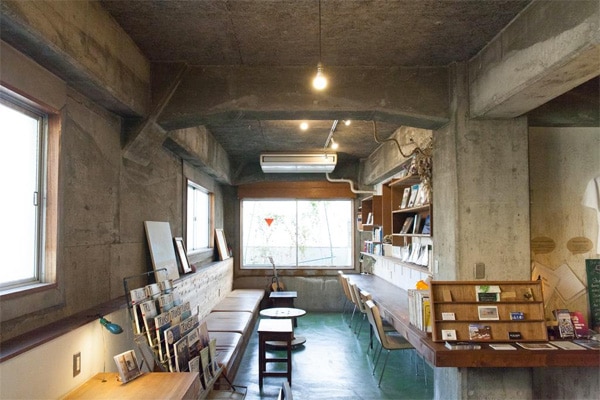 “In a former warehouse, the Nui hostel has raised the bar for stylish budget digs in Tokyo. High ceilings mean bunks you can comfortably sit up in and there is an enormous shared kitchen and work space.”

“After a complete overhaul, the Capitol Hotel Tokyu reopened in 2010 in a 29-story, latticed-steel tower designed by the architect Kengo Kuma. The landmark property has three restaurants, a multilane lap pool and 251 rooms with rice-paper screens and views of the neighboring Imperial Palace or Akasaka skyline.” 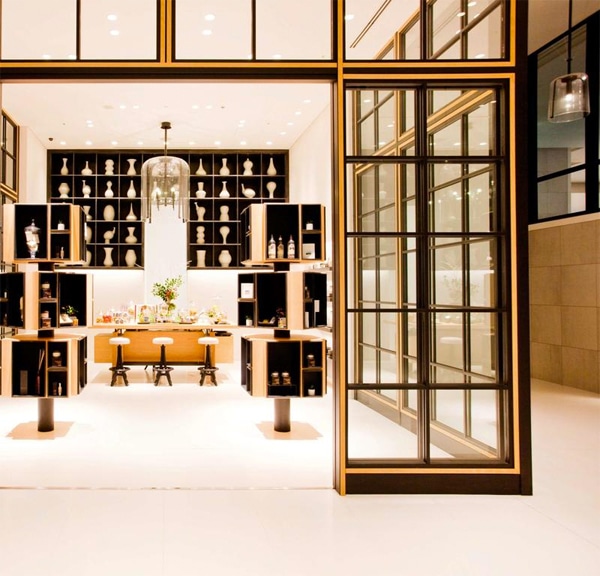 “The Andaz Tokyo Toranomon Hills opened in 2014 on the top six floors of a new 52-story skyscraper. Expect Zen-like interiors and up-in-the-clouds views everywhere from the spa with multiple pools and the open-air rooftop bar to the 164 rooms and suites with wall-to-wall windows.” 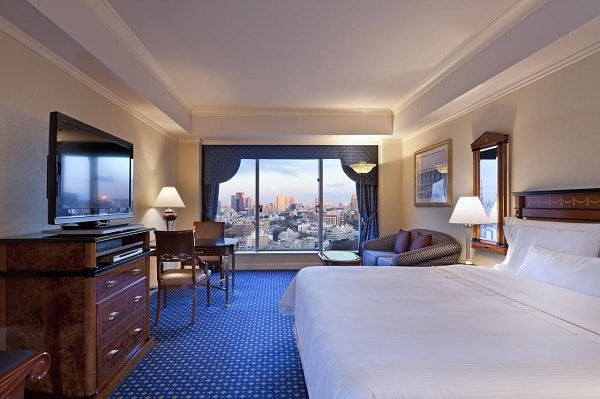 “The folks who build Westin hotels snagged themselves a location to brag about when they set up shop in Tokyo’s residential Ebisu neighborhood. Sure, these are not luxury rooms, but they’re nothing to complain about and just a few strides from Yebisu Garden Place.”

“This five-star stunner takes up the top nine floors of the 53-story Midtown Tower (along with the first three levels), with views rivaling those of the Park Hyatt. The Ritz-Carlton Tokyo has a range of accommodation options, including a Japanese-style room.” 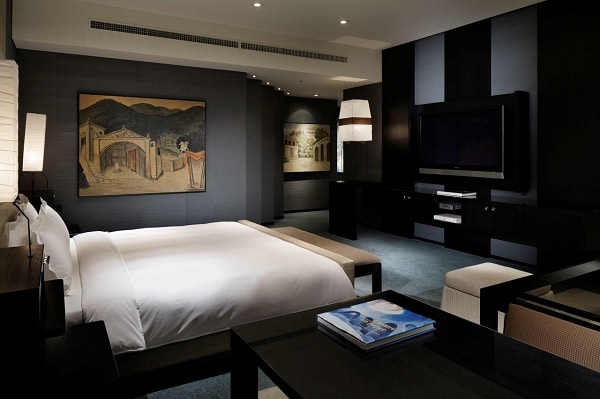 “One of the most magnificent properties in Tokyo, the Park Hyatt hovers over Shinjuku boasting some of the best views, finest restaurants, incredible bars, and stellar service. Refined and remarkable, this high-priced property just might be worth every penny.”

Featured as Fodor’s Choice in Tokyo. 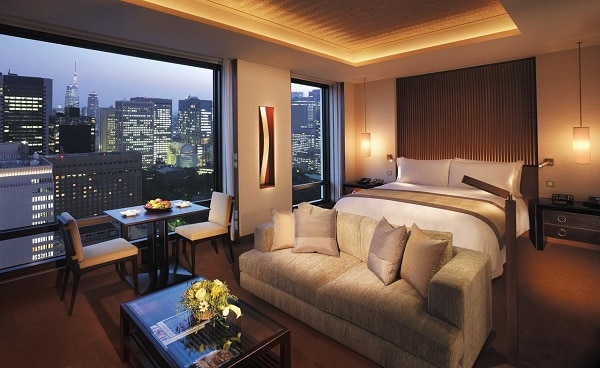 “A Peninsula hotel is like that frustrating friend who, no matter how hard you look, has no flaws. Not one. The Peninsula Tokyo is located in the city’s ritzy Ginza district, a stroll away from designer boutiques and Michelin-starred restaurants.” 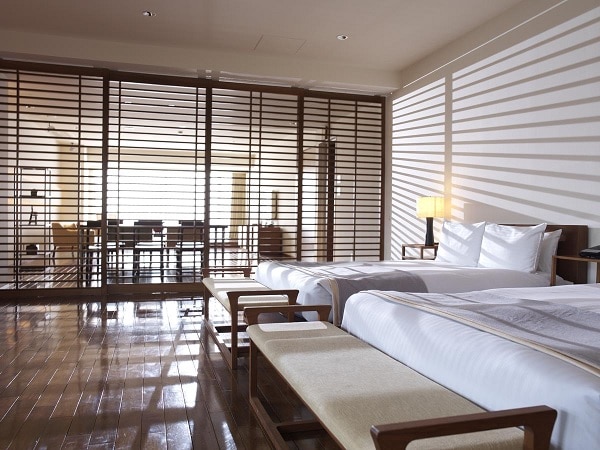 “The Claska hotel is for travelers who crave designer digs. Its 18 rooms are divided into four categories: Japanese modern, tatami, weekly residence and “DIY” — the latter being custom creations of Japanese designers.” 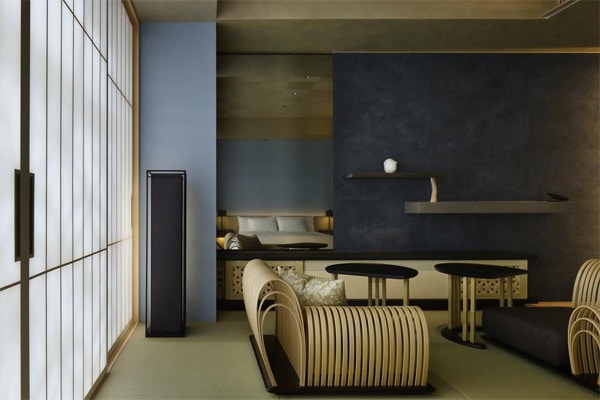 “In creating its brand-new contemporary ryokan in the heart of Tokyo, Hoshinoya has barely put a foot wrong. This ryokan is all about insulating yourself from the city in a building that incorporates timeless craftsmanship and the best of traditional Japanese design and service.” 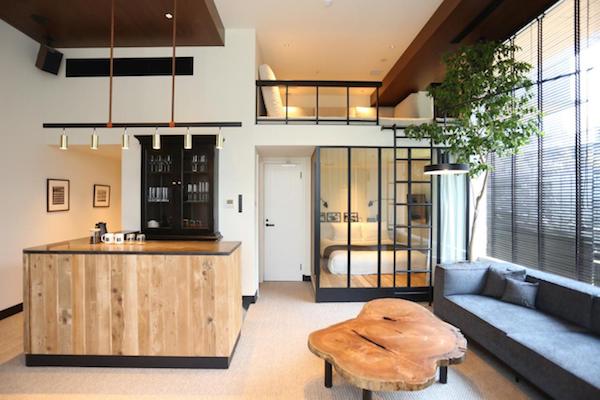 “Pocketed in between Shibuya and Harajuku, Trunk (Hotel)’s two low-rise buildings are four stories each. Hardly a stone’s throw from some of Tokyo’s most hipster streets, it’s a high cost, but you’re really booking a whole lifestyle.” 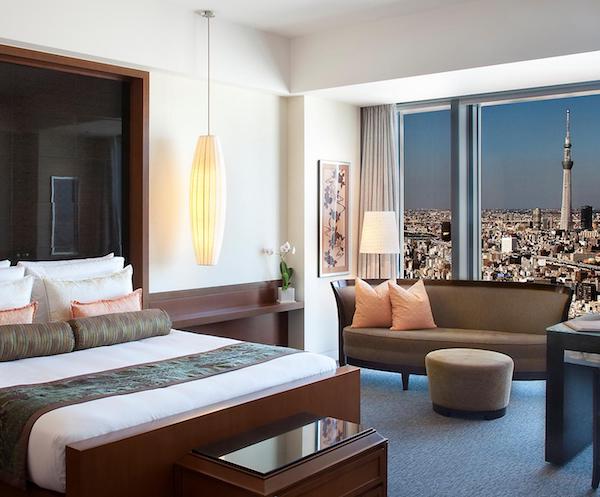 “Located in the historic Nihonbashi district just steps away from the venerable Mitsukoshi department store, this sophisticated hotel occupies the top floors of the soaring Nihonbashi Mitsui Tower, affording outstanding city views from its 38th-floor lobby, its restaurants, and guest rooms.”

What are the best neighborhoods to stay in Tokyo?
The land of the rising sun, Tokyo, the busy capital of Japan is an eclectic blend of traditional and modernity. Historical temples to skyscrapers jostle from space in the skyline. Although it is one of the busiest capitals, it is known for its law and order.

Shinjuku
The world’s busiest railway station holds testament to the popularity of this place. It is home to premier hotels and restaurants catering to the commercial crowd. Golden Gai boosts a fabulous nightlife. Japan’s biggest red light area is found here. There are several parks and departmental stores, and also the largest twin towers.

Shibuya
It translates into “Astringent valley” and is famous for its Meiji Shrine and the Imperial Garden. The shopping malls cater to the young and happening crowd. Top hotels and vibrant night-clubs attract a huge influx of tourists. It is the favourite destination for the ones from Hollywood.

Ginza
It is one of the posh localities with stores of opulent designer labels and boulevard housing famous hotels. It is considered to be one of the most expensive areas with cafes and bars offering gourmet food to the eminent crowd.

Kenji
It offers the much-needed respite from the cacophony that rest of Tokyo has to offer. Look street is famous for its bargaining and affordable bed and breakfast options.

Odaiba
It is an artificial island which can be accessed by Japan's first futuristic train. It is an advanced entertainment zone, providing a breathtaking view of Mt. Fuji from the Ferris wheel and robotic interaction at the museum. You can enjoy the sights while dining at the famous sushi bars along the quay.
Which Tokyo hotel serves great breakfast?
Try Guesthouse Hanare if you're looking for a delicious breakfast at a hotel in Tokyo. It has excellent customer review ratings for breakfast.
Which Tokyo hotel offers great views?
If you're looking for a room with a view, then try The Ritz-Carlton Hotel or Hotel Park Hyatt. Both hotels offer amazing views of Tokyo according to recent customer reviews.
How much does it cost to stay in a Tokyo hotel?
For a 3-star hotel you have to pay around $130 per night and for a 4-star hotel you would be looking at $210 per night. If you're after a luxury 5-star Tokyo hotel then you can expect to pay around $450 per night.
We use cookies on this website to analyse your use of our products and services, provide content from third parties and assist with our marketing efforts. Learn more about our use of cookies and available controls: cookie policy. Please be aware that your experience may be disrupted until you accept cookies.