We list the best hotels, hostels, B&Bs and guesthouses in Sydney as recommended by travel experts from CNN, Lonely Planet, Fodor’s, New York Times and more. All hotel recommendations have been referenced with customer reviews, and we only list hotels which have a review rating of at least 4 out of 5 stars.

Sydney is the state capital of New South Wales and is the most populous city in Australia and Oceania. Residents of the city are known as Sydneysiders. The city has become a major global cultural and economic center over the years and became one of the foremost multicultural cities in the world following the Second World War. As a result of this diversity, over 250 different languages are spoken in Sydney alone.

The city is ranked highly in indexes of cities in terms of quality of living. The city is classified as an alpha world city indicating its influence throughout the world. The city has an advanced market economy with enormous strength and influence in tourism, manufacturing and finance. The city is also a major education center, being the home to one of the most renowned universities in the world, the University of Sydney.

The city ranks as one of the most visited cities in the world, seeing tens of millions of tourists annually coming to see the beautiful and breathtaking places of interest scattered around the city. The city is also notable for its natural features that include Sydney Harbour, Royal National Park and Royal Botanic Garden.

If you like our list of hostels, B&Bs and hotels in Sydney, then you should also check out our selection of recommended hotels in Melbourne or the best hotels in Kuala Lumpur. 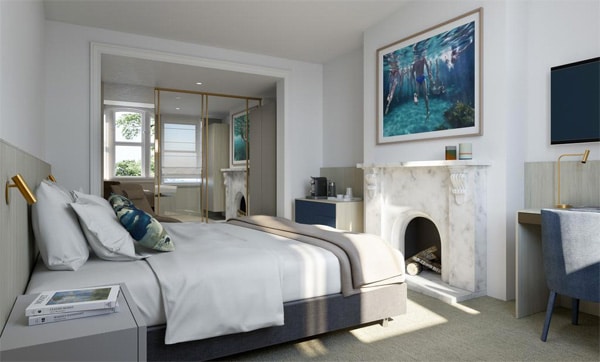 “This expert conversion of three Victorian-era terraces adds a touch of class to leafy Victoria Street. The charming front rooms have original features and, in some cases, a balcony; the more modern back rooms are brighter and have lift access.” 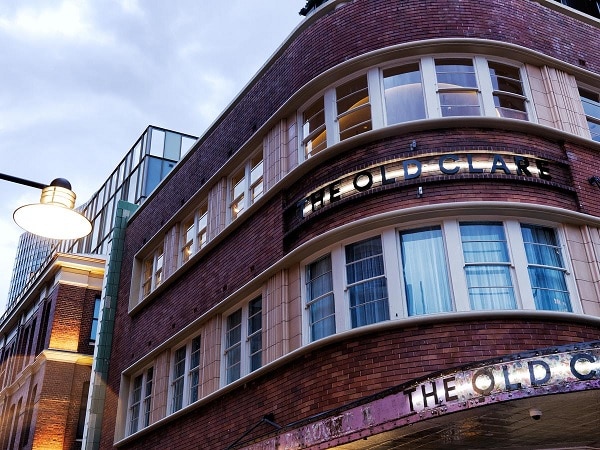 “The recently refurbished Old Clare Hotel is a stylish, 62-room boutique hotel with a sleek rooftop pool and bar located in the heart of Chippendale, a hip neighborhood with an emerging arts and dining scene.” 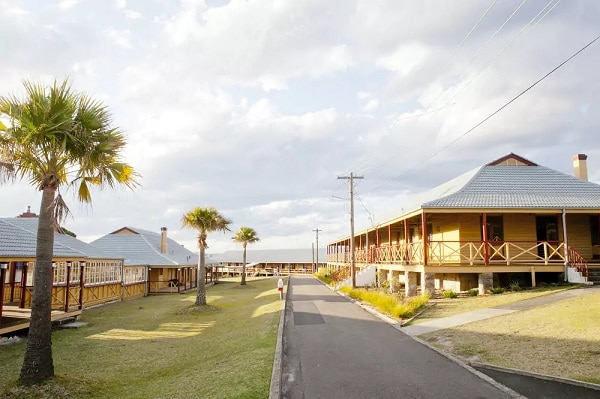 “History buffs and those in search of views and solitude will appreciate Q Station’s smartly refurbished rooms and historic cottages located inside a nook of the Sydney Harbour National Park in Manly. The grounds are dotted with historic buildings where guests can pass the time as quarantined migrants once did, playing billiards, table tennis or savoring the views of Sydney Harbour over cups of tea.” 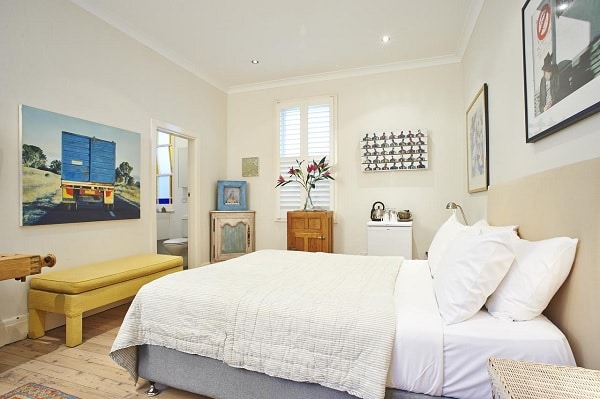 “Accommodation in Sydney doesn’t come cheap, but one affordable secret is tucked among the palms and frangipani trees of south Bondi Beach. A former school, the Bondi Beach House has nine sunny rooms and suites, each decorated with tasteful antiques and Australian works of art.” 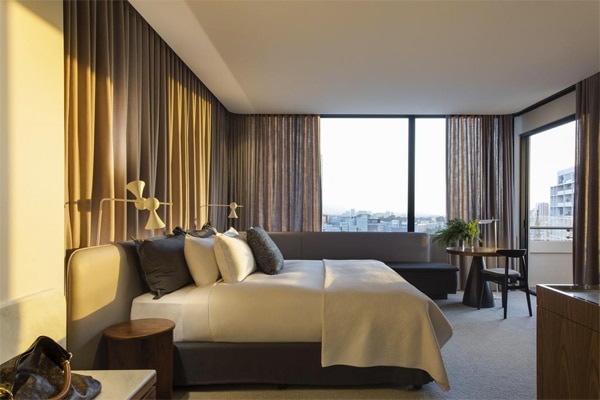 “For anyone wanting to be in the thick of Sydney’s bar, restaurant and nightlife quarter, hotels don’t come much better situated than Hotel Lamont.” 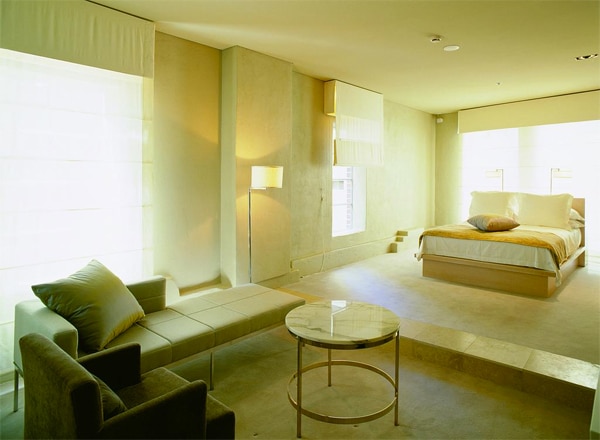 “With its loft-like designed spaces and dimly lit hallways that smell of incense, this place feels like your chic pied-à-terre in Sydney.” 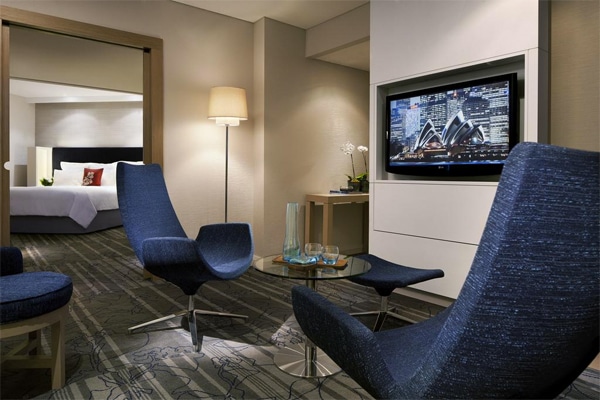 “It’s among the best of Sydney hotels. Owners spent millions renovating the rooms in 2011, giving them a more modern feel . Staff are helpful and genuinely eager to debrief you on your day or assist you in planning your itinerary for the next one.” 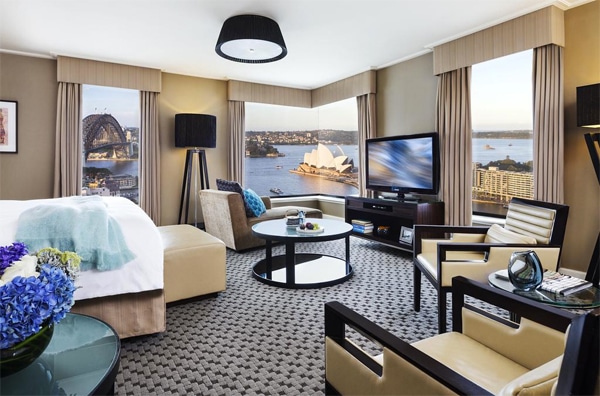 “The Four Seasons Sydney has a great location in The Rocks, a vast lobby, rooms with vistas and the largest heated outdoor hotel pool in the city. And unbeatable beds and bedding.” 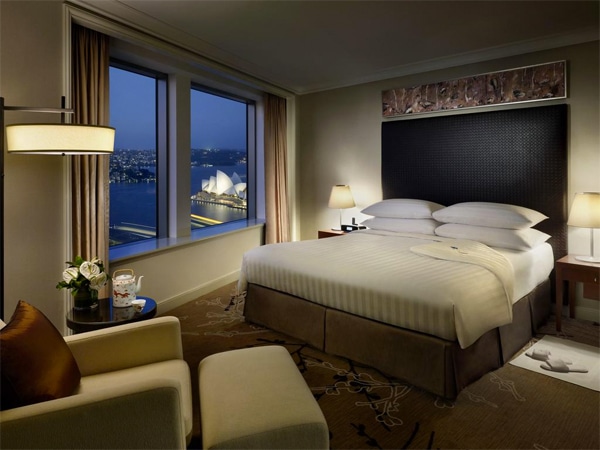 “Towering above Walsh Bay from its prime position alongside the Sydney Harbour Bridge, this sleek hotel is the place for a room with a bird’s-eye view. North-facing rooms overlooking the water are the best.”

Featured as Fodor’s Choice in Sydney. 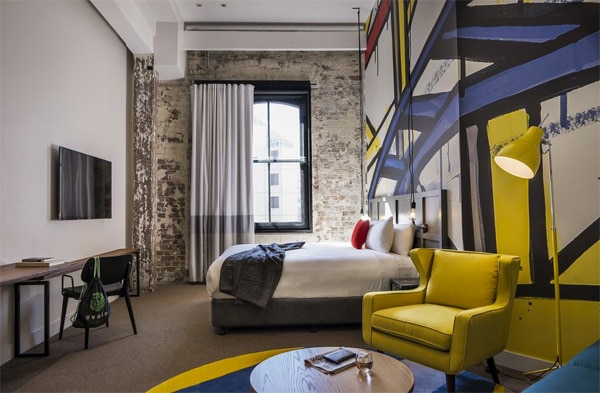 “In a heritage-listed wool store, this stylish gem combines industrial minimalism with the warmth of ironbark-wood beams, luxury appointments and engaged staff. Rooms range from the aptly named Shoebox to airy lofts and attic suites with harbour views.” 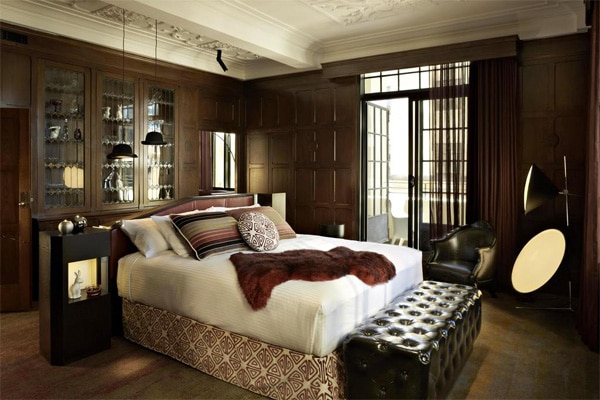 “Fun, sexy and relaxed, this ultra-theatrical, effortlessly cool hotel is located in the historic State Theatre. Art-deco eccentricity is complemented by quirky extras in the rooms, which are distinct and decorated with real style and flair – there’s a definite wow factor.” 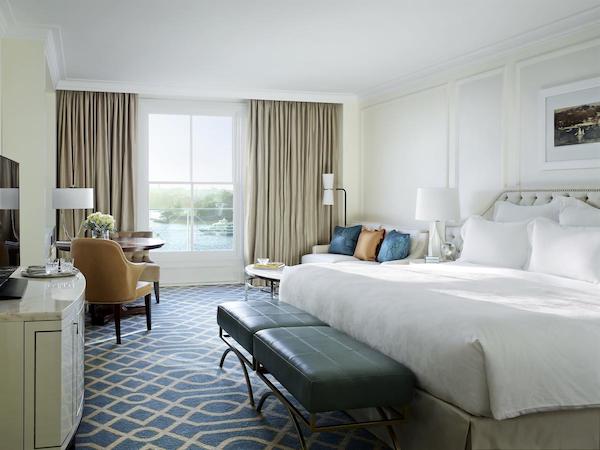 “I love the opulence of this hotel, and love staying here. This exclusive colonial-style property, a 10-minute walk uphill from The Rocks and 15 minutes from Circular Quay, is a turn-of-the-20th-century beauty competing for top-hotel-in-Sydney honors.”

What are the best neighborhoods to stay in Sydney?
One of the largest cities in Australia, Sydney is known for its Opera House and a distinctive global appeal. The harbour front and quaysides and the famous Harbour Bridge are the landmark structures. Apart from these iconic sights, we will tell you the other places to visit here.

Bondi beach
The crescent-shaped white sand beach is a famous landmark of Sydney, and attracts surfers from all over the world. Trendy cafes to laid-back pubs dot the sea-front, while the premier hotels offer a magnificent view of the ocean. The walk from Bondi to Coogee has one of the most brilliant scenery.

Newtown
It is a bohemian neighbourhood that draws shoppers to the budget stores. The bars and eateries have a distinctive feel and cater to a global fare. Live theatre, comedy shows and street art is what makes this place unique and brings tourists to New Town.

Glebe
It has a carefree, intellectual area with a certain historic charm. Bookshops and galleries attract the scholars whereas the Saturday Market is a favourite among the shoppers. Ethnic eateries and edgy cafes and pubs are a big hit among the tourists.

Cronulla
Being an hour's drive from the city centre, it has the feel of a village. The surfing and swimming spots are quite popular among the tourists. You can sun-bathe on the pristine beaches while having a relaxing day.

Balmain
One of the posh neighbourhoods of Sydney, it has trendy boutique hotels. Darling Street in Balmain is famous for its stores, artisan bakeries and luxury eateries. Balmain market is famous for the local produces like food, handicraft and fashion.
Which Sydney hotel offers great views?
If you're looking for a room with a view, then try Four Seasons Hotel or Shangri-La Hotel. Both hotels offer amazing views of Sydney according to recent customer reviews.
How much does it cost to stay in a Sydney hotel?
For a 3-star hotel you have to pay around $90 per night and for a 4-star hotel you would be looking at $130 per night. If you're after a luxury 5-star Sydney hotel then you can expect to pay around $190 per night.
Which Sydney hotel offers the best rooftop pool?
If you're looking for the best rooftop pool in Sydney try The Old Clare Hotel. The hotel has excellent customer reviews for their rooftop swimming pools.
Which Sydney hotel serves great breakfast?
Try Hotel Spicers Potts Point if you're looking for a delicious breakfast at a hotel in Sydney. The hotel has excellent customer review ratings for breakfast.
Which Sydney hotel is the best for couples?
Try Hotel Spicers Potts Point if you're looking for a romantic getaway in Sydney, it has some excellent recent customer reviews by couples.
We use cookies on this website to analyse your use of our products and services, provide content from third parties and assist with our marketing efforts. Learn more about our use of cookies and available controls: cookie policy. Please be aware that your experience may be disrupted until you accept cookies.