We list the best hotels, hostels, B&Bs and guesthouses in Stockholm as recommended by travel experts from Frommer’s, Lonely Planet, Fodor’s, New York Times and more. All hotel recommendations have been referenced with customer reviews, and we only list hotels which have a review rating of at least 4 out of 5 stars. The ratings are reflective of the quality of the hotels on the list.

Stockholm is the capital of Sweden and holds the distinction of being the most populous city in the Nordic countries. The city is the cultural, political, economic and media center of Sweden and accounts for over a third of Sweden’s GDP. The city is an important global city and serves as the major center for setting up corporate headquarters in the Nordic region. The city is also famous for hosting the annual Nobel Prize ceremonies and banquet at the Stockholm Concert Hall and Stockholm City Hall.

The Vasa Museum is one of the most visited non-art museums in Scandinavia and on one of the most prized museums in the city and the whole of Sweden. The Stockholm metro is regarded as the longest art gallery in the world with its large décor in its stations.

Stockholm is home to several top-ranking universities and education institutes that make it a top education destination in the world. The Drottningholm Palace is a World Heritage Site located on the outskirts of Stockholm and easily one of the most visited places in the city.

If you like our list of best places to stay in Stockholm, then you should also check out our selection of recommended hotels in Copenhagen or the best hotels in Prague. 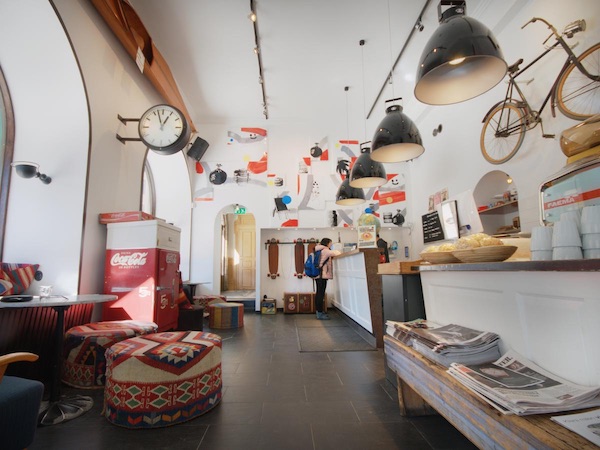 “This city-centre hostel melds practicality and style, with cosy public spaces and facilities ranging from the commonplace – laundry and free Wi-Fi – to the eccentric – sauna tours, buckets of free pasta and ice skate hire.” 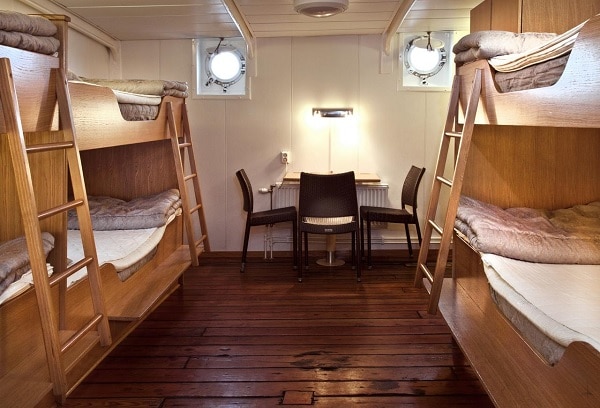 “The af Chapman is a storied vessel that has done plenty of travelling of its own. It’s anchored in a superb location, swaying gently off Skeppsholmen. Bunks are in dorms below deck. Apart from showers and toilets, all facilities are on dry land in the Skeppsholmen hostel.” 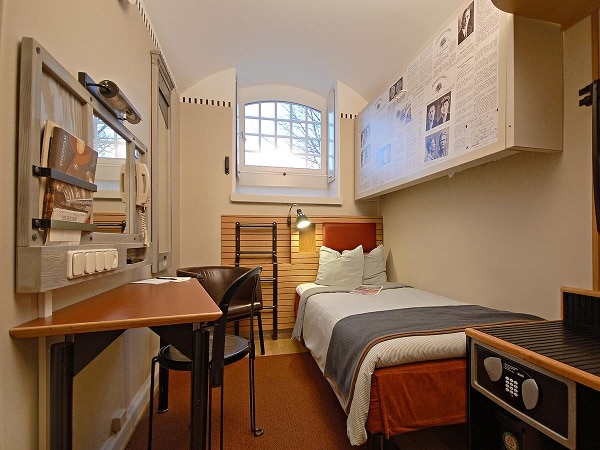 “Guests at this hotel-hostel, in a former prison on Långholmen island, sleep on bunks in a cell, with either shared or private baths. Hotel-standard rooms are also in cells but spruced up with textured wall coverings and mod fixtures.” 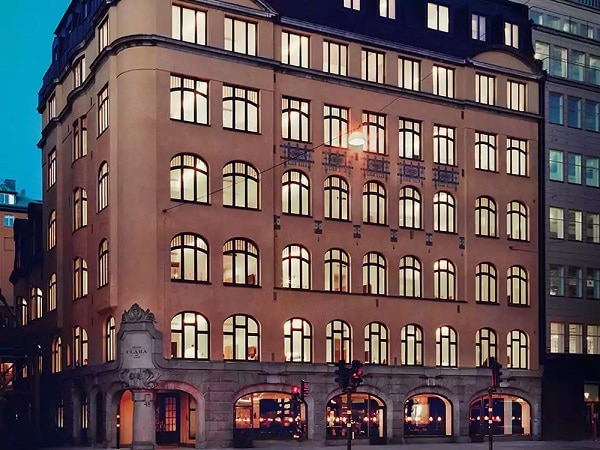 “Miss Clara is a boutique hotel that opened last April in a handsome Art Nouveau building from 1910 that was formerly a private girls’ school. Though the name is a tribute to a one-time headmistress, Clara Stromberg, there’s nothing schoolmarmish about this stylish 92-room property.” 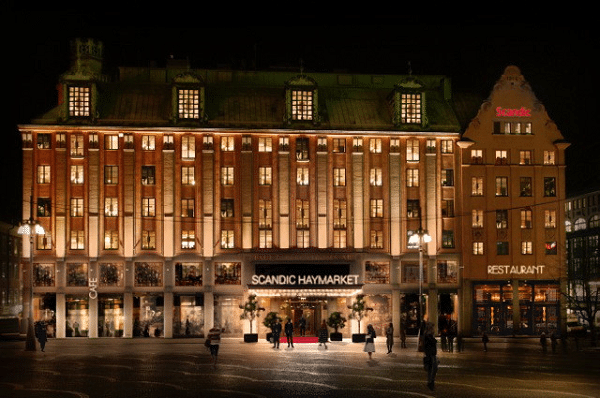 “Opened in 2016, the Haymarket is Scandic Hotels’ landmark 405-room property in the historic PUB building, a former department store where Greta Garbo once sold hats. The grand interiors reference the 1920s with Art Deco-inspired décor in the lobby, brasserie, cafe and cocktail bar.” 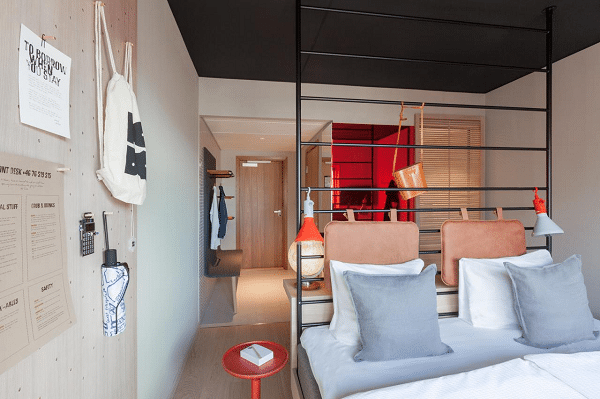 “If you can forgive the name, consider the Hobo, a 201-room hotel that opened in March 2017 on Brunkebergstorg, a central square currently undergoing a complete overhaul. Compact rooms employ clever design features geared toward sociable young travelers who value a lively scene, from the buzzy lobby cafe to the popular rooftop bar and restaurant, Tak.” 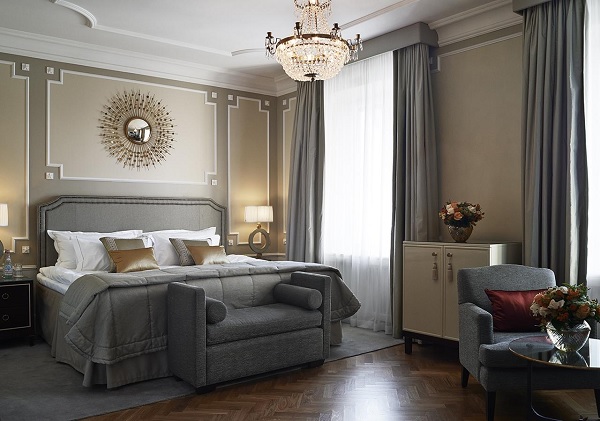 “This is where the literati, glitterati and nobility call it a night. A waterfront landmark, with several exclusive restaurants and a see-and-be-seen piano bar, it remains Stockholm’s most sumptuous lodgings.” 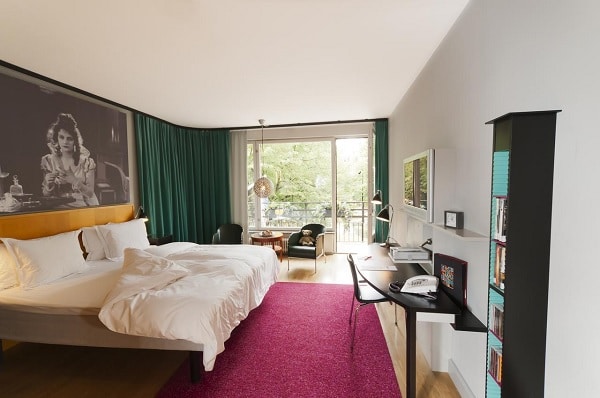 “Owned by ABBA frontman Benny Andersson, the Rival is cool, but never to the point of being cold. Rooms here are full of delightful ideas—such as the bathroom’s glass wall that lets you watch TV from the tub—and are stylish but still comfortable.”

Featured as Fodor’s Choice in Stockholm.

What are the best neighborhoods to stay in Stockholm?
The Swedish capital is a conglomeration of 14 islands and 50 bridges built on the extensive Baltic Sea archipelago.

Gamla Stan
It literally translates into Old Town and is one of the most revered tourist locations in all of Sweden. It has one of the most well preserved medieval heritage sites of Europe. The cobbled streets dotted with colourful building have a certain old world charm to this place. It boasts a wide array of bars and restaurants catering to international cuisines.

Vasastan
This place is famous for its parks and picnic spots. Vasastan is also renowned for the Stockholm observatory. The food scene is dotted with homely Scandinavian joints serving traditional fares.

Ostermalm
It is famous for its trendy bars and restaurants and a vivacious night-life. You can visit the Swedish history museum and get an idea about the Viking history as well. Designer boutiques and flea markets are known for their traditional Swedish fares like smoked shrimp and gravlax. In summers, a lot of street plays are held.

Djurgarden
It is a remarkably calm place and draws music lovers for its museum on ABBA. Adventure enthusiasts are satisfied at the Grona Lund Park for its thrilling rides and concerts. There are several museums like open-air museums and the Vasa museum.

Sodermalm
It is an incredibly creative space with artistic shops and edgy cafes and a contemporary photo gallery. Restaurants serve classic dishes and happening breakfast joints. Summers are famous for swimming and picnics along the beach. There are a number of shops selling luxury designer wears located here.
How much does it cost to stay in a Stockholm hotel?
For a 3-star hotel you have to pay around $130 per night and for a 4-star hotel you would be looking at $185 per night. If you're after a luxury 5-star Stockholm hotel then you can expect to pay around $330 per night.
Which Stockholm hotel serves great breakfast?
Try Hotel Haymarket by Scandic or Hotel Miss Clara by Nobis if you're looking for a delicious breakfast at a hotel in Stockholm. Both hotels have excellent customer review ratings for breakfast.
Which Stockholm hotel offers great views?
If you're looking for a room with a view, then try Hostel STF af Chapman & Skeppsholmen. The hotel offers amazing views of Stockholm according to recent customer reviews.
Which Stockholm hotel is the best for couples?
Try Hotel Rival if you're looking for a romantic getaway in Stockholm, it has some excellent recent customer reviews by couples.
We use cookies on this website to analyse your use of our products and services, provide content from third parties and assist with our marketing efforts. Learn more about our use of cookies and available controls: cookie policy. Please be aware that your experience may be disrupted until you accept cookies.