This is a list of the best hotels, hostels, B&Bs and guesthouses in Shanghai as recommended by the most popular travel experts around the world from Frommer’s, Lonely Planet, Fodor’s, New York Times and more. All the hotel recommendations on the list have been referenced with customer reviews, and we only list hotels which have a review rating of at least 4 out of 5 stars.

This is one of the four-direct controlled municipalities of China and considered the most populous city proper in the world. A global financial center and a major transport hub, it has the world’s busiest container port. Shanghai has been described as the showpiece of the booming economy of mainland China renowned for masterpieces and beautiful skyline that includes its Lujiazui skyline, museums, historic buildings and the City God Temple.

Modern eccentric buildings have sprung up throughout the city showing several contemporary designs and styles. Examples of such buildings include the Shanghai Museum, Shanghai Grand Theatre, and Shanghai Oriental Art Center.

Shanghai is a beautiful city and is the destination of millions of people yearly. As such, it is one of the most visited places in the world.

If you like our list of best places to stay in Shanghai, then you should also check out our selection of recommended hotels in Seoul or the best hotels in Beijing. 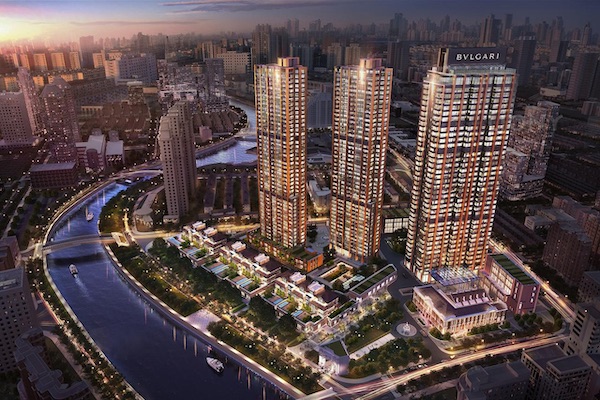 “Bulgari stands out for its ability to channel the city vibe without losing a sense of the brand’s Italian DNA. An immaculately choreographed tussle between Italian and Chinese design is enacted in marble and bronze versus silk and lacquer.” 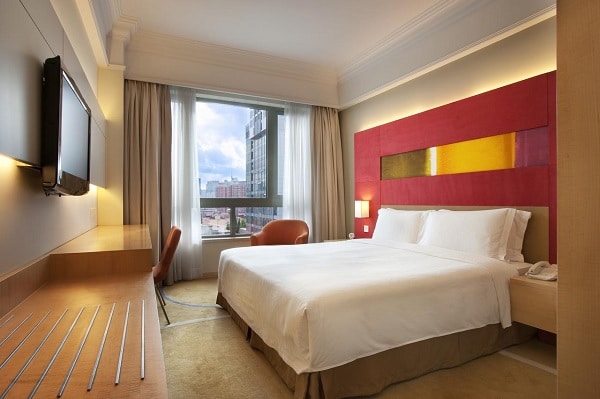 “All 250 rooms at Pentahotel are fitted out in a minimalistic style with views over downtown residential buildings. The hotel is near three metro lines.” 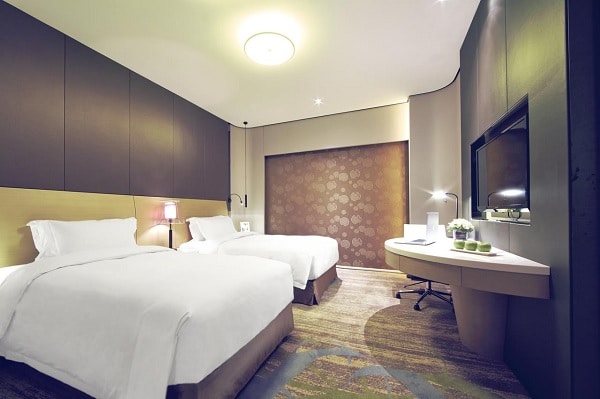 “One of the first hotels in Shanghai built to receive international travelers after the Chinese economy opened up to world trade, the 520-room, four-star lodging is in the thick of things.” 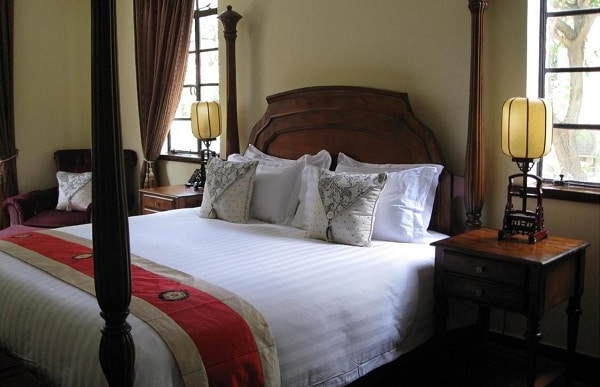 “Housed in a secluded 1927 four-storey French Concession villa, this lovely, quiet place is run by a friendly, English-speaking owner. Six spacious suites are spread throughout the house. Suite 328 is the pick of the bunch.” 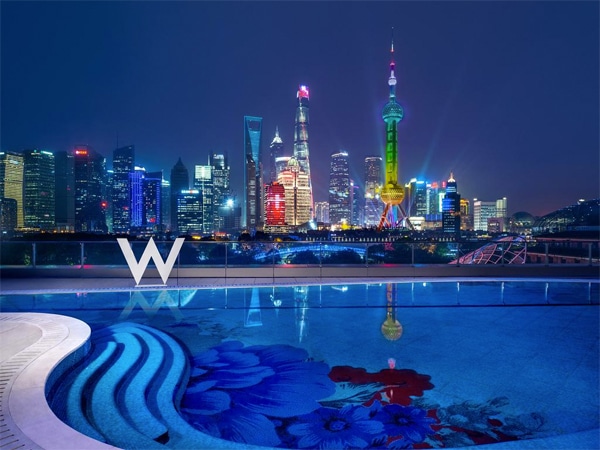 “The W Shanghai has a plum location just north of the Bund, providing stunning views of the Pudong skyline from the outdoor pool deck. A comical touch in the 374 rooms: pillows in the shape of soup dumplings and oversized chopsticks.” 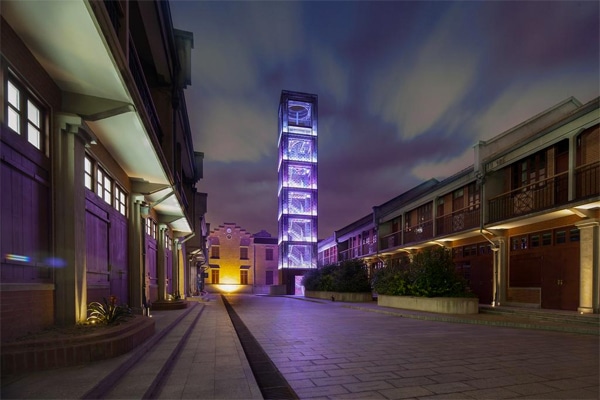 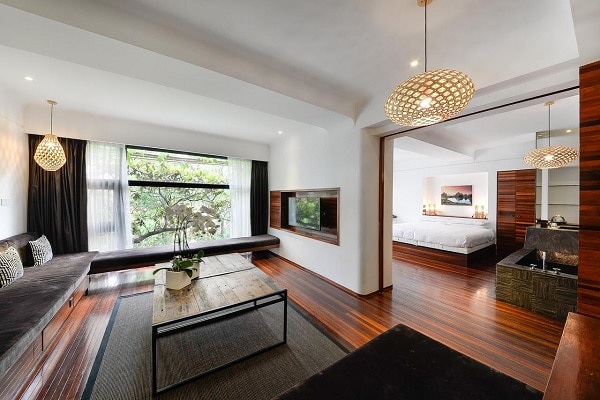 “This 26-room boutique hotel in downtown Jing’an District was once a post office and now claims to be China’s first carbon neutral hotel. The renovation, which was completed using 100 percent locally-sourced and recycled materials, has won numerous awards for its sustainability and design.” 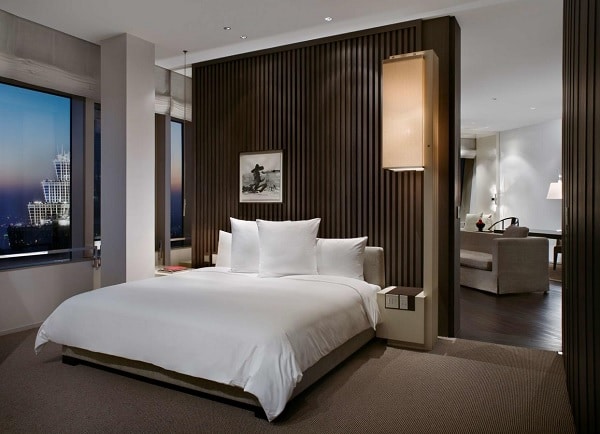 “The Park Hyatt provides the best angle to view Shanghai: from the top. Occupying the upper part of the 492-meter Shanghai World Financial Center, all 174 rooms enjoy stunning vistas overlooking Lujiazui high-rises, the Huangpu River or the Puxi downtown area.” 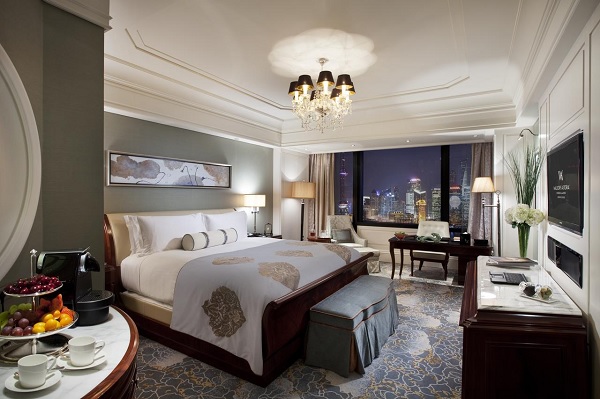 Waldorf Astoria on The Bund, Shanghai 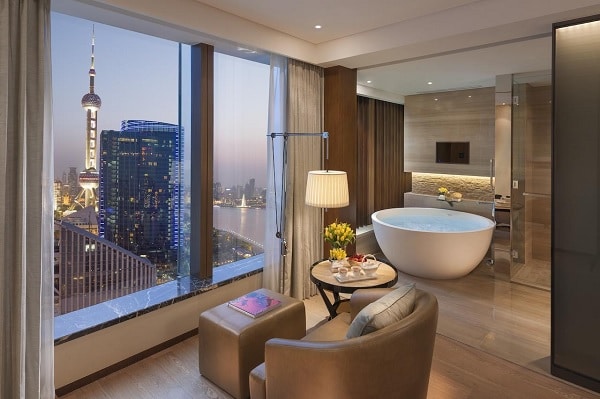 “Slightly tucked away from the Lùjiāzu five-star hotel melee in a sheltered riverside spot, the 362-room Mandarin Oriental is a visual feast, from the beautiful oval chandeliers and multicoloured glass murals in the lobby to the excellent dining choices.” “One of the city’s most iconic hotels, the Fairmont Peace is cast in the warm, subdued tints of a bygone era. Expect all the luxuries of a top-class establishment, with rooms decked out in art deco elegance, from light fixtures down to coffee tables.”

What are the best neighborhoods to stay in Shanghai?
Shanghai is one of the busiest cities in China attracting thousands of tourists for business and pleasure alike. A dynamic city with a wonderful blend of Eastern and Western cultures, it is truly a global destination.

Xujiahui
Located in Central Shanghai, this is home to one of China's largest football field. It draws a bevy of youngsters and expats to its shopping malls which contain all the top designer labels and chain of restaurants. There is a famous market dedicated exclusively for electronic goods.

People’s Square
It draws people from all over China offering a variety of merchandise. There are a few landmarks found here like the Shanghai museum, theatre and also a museum for contemporary art. Several premier hotels and global restaurants serving delicious meals are situated here.

New World
It is commonly known as Xintiandi, and is a trendy hotspot with luxury retail stores and upscale nightlife. The streets are lined with flagship stores of global brands, and chic wine bar, several western restaurants and al fresco cafes are found in abundance.

Lujiazui
A part of the town which is known for its futuristic ambience, with posh dance and dining options offering a panoramic view of the neighbourhood. There is a strong European influence on every aspect of life here. Since it is the financial hub of Shanghai top 5-star hotels have property located here.
Which Shanghai hotel offers great views?
If you're looking for a room with a view, then try Waldorf Astoria on The Bund or W Hotel The Bund. Both hotels offer amazing views of Shanghai according to recent customer reviews.
How much does it cost to stay in a Shanghai hotel?
For a 3-star hotel you have to pay around $60 per night and for a 4-star hotel you would be looking at $100 per night. If you're after a luxury 5-star Shanghai hotel then you can expect to pay around $180 per night.
We use cookies on this website to analyse your use of our products and services, provide content from third parties and assist with our marketing efforts. Learn more about our use of cookies and available controls: cookie policy. Please be aware that your experience may be disrupted until you accept cookies.