We list the best hotels, hostels, B&Bs and guesthouses in Seoul as recommended by the most popular travel experts from CNN, Lonely Planet, Fodor’s, New York Times and more. All hotel recommendations have been referenced with customer reviews, and we only list hotels which have a review rating of at least 4 out of 5 stars.

Seoul, or officially the Seoul Special Metropolitan City, is the capital of South Korea and the largest metropolis of South Korea. Together with some surrounding metropolis and province, Seoul holds almost half the population of the country, making it the most important city in the country.
Seoul is a city with a rich history which is why its city center has five UNESCO World Heritage Sites; the Changdeok Palace, the Royal Tombs of the Joseon Dynasty, Hwaseong Fortress, Namhansanseong and the Jongmyo Shrine.

In modern times, Seoul has become a city more associated with major modern landmarks and architecture that includes the N Seoul Tower, the famous 63 Building, the Lotte World Tower, Moonlight Rainbow Fountain, Parc1 Tower and Dongdaemun Design Plaza. Futuristic designs like the aforementioned structures are the reason why Seoul was named the 2010 World Design Capital.

Seoul is also popular for being the birthplace of K-pop, a genre of music that is becoming increasingly popular worldwide and the Korean Wave. Seoul is one of the top tourist destinations in the world; it is among the top ten most visited city in the world and among the largest earners in tourism.

If you like our list of best places to stay in Seoul, then you should also check out our selection of recommended hotels in Shanghai or the best hotels in Hong Kong. 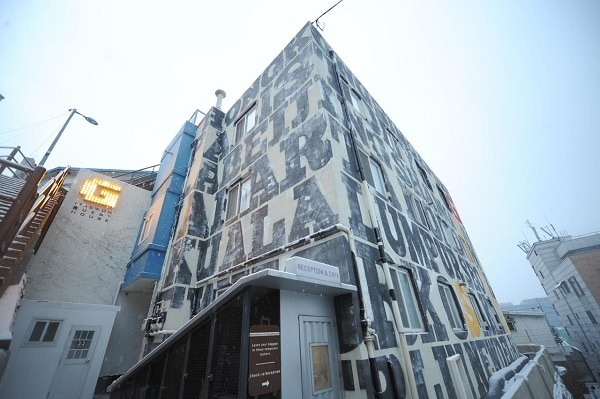 “Owned by the ultra-friendly couple – Shrek and Fiona – this hostel stands above others for its attention to thought and detail. Set in a renovated industrial-chic apartment building, its private rooms and dorms are clean, spacious and have quality thick mattresses.” 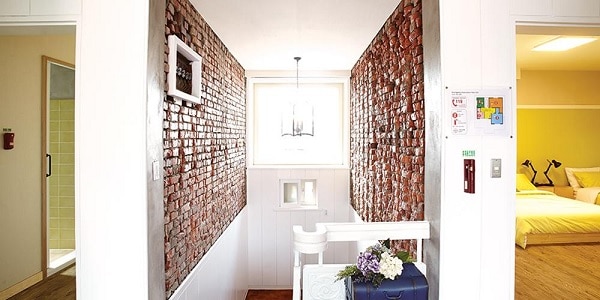 “Stylish design marks out this appealing five-room guesthouse, tucked away in Tongui-dong, beside the remains of an ancient pine tree, and occupying a modern, two-storey house with a broad outdoor terrace.” 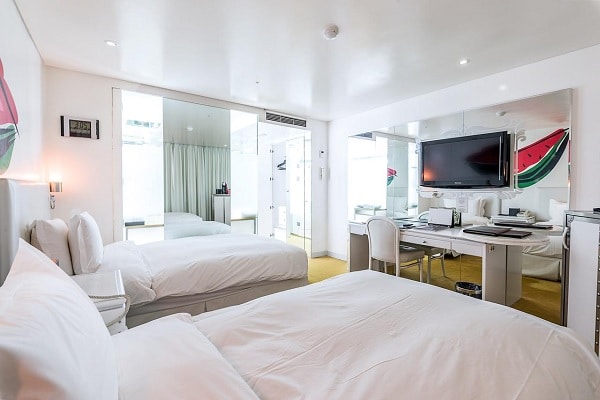 “The IP Boutique Hotel is conveniently situated in Itaewon. It has a colorful facade that matches the 132 comfortable rooms within: think lots of white with splashes of Pop color.” 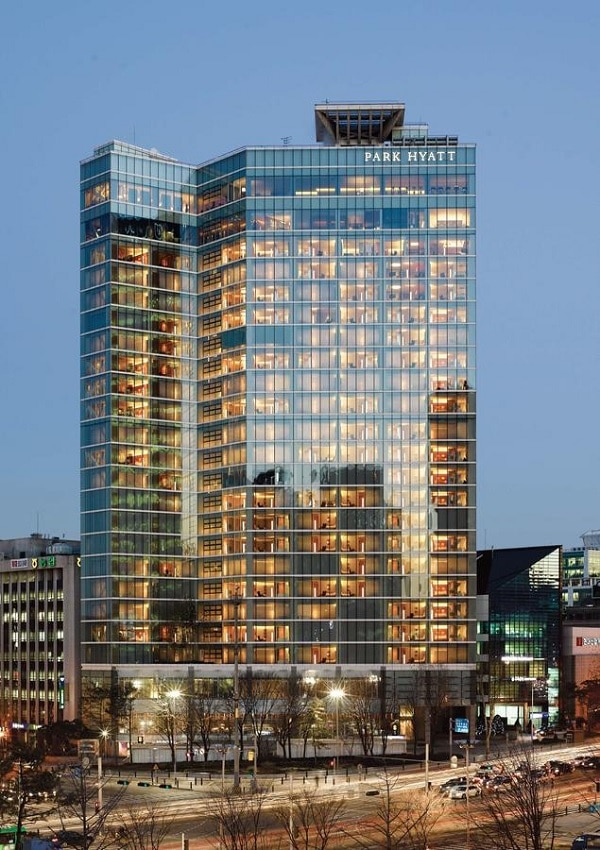 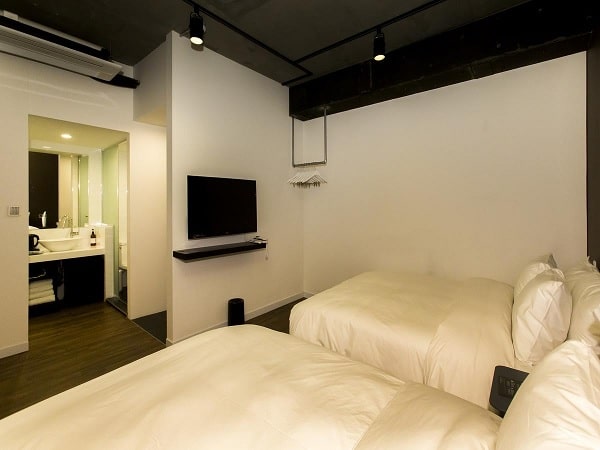 “Also relatively new, the 30-room Amass Hotel boasts an open-air rooftop bar with glowing LED seating and views of Changdeokgung Palace across the street. The rooms have a spare, black-and-white theme, and in the basement is a gallery showing local artists’ works.” 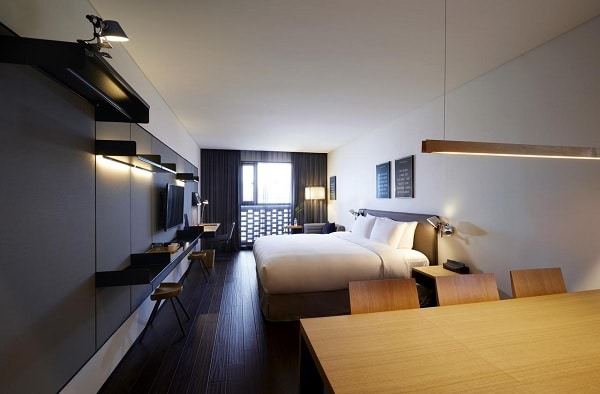 “Opened in late 2014, the 319-room GLAD Hotel may be in the Yeouido financial center, but this is no staid business hotel. Built by designer Suyong Joh’s Seoul-based firm, the hotel has a textural brick façade reminiscent of a traditional Korean home, park-like benches in the halls and quotes by Eleanor Roosevelt above the beds.” 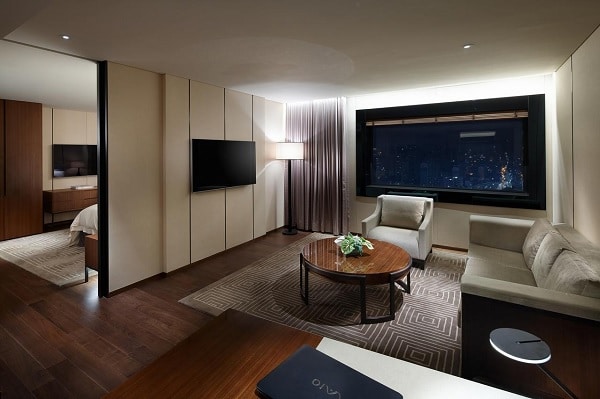 “One of the fanciest, if not the fanciest hotel in South Korea, The Shilla has the prices and luxurious details to prove it. The luxury hotel is now one of the few in Seoul that actually houses a high-end Korean restaurant, La Yeon.” 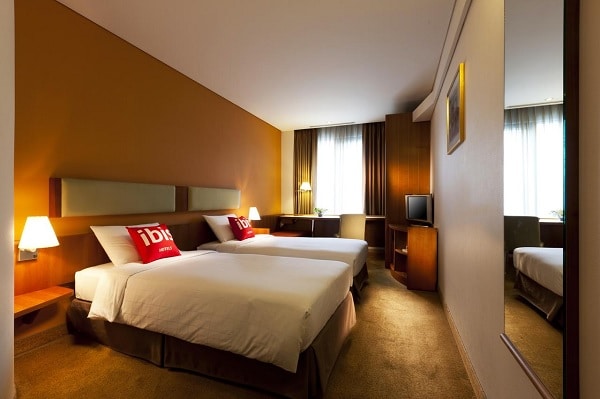 “Among budget hotels, the Ibis Myeongdong’s selling point is location. The hotel itself is basic, which isn’t necessarily a bad thing. There’s nothing lacking; the 280 rooms are clean and have free Wi-Fi.”

“The recently renovated Westin Chosun has Seoul’s best location for the business traveler or first-time visitor. The Lotte Department Store and Myeong-dong shopping district are a few steps away, as is the Euljiro-1-ga subway station.” 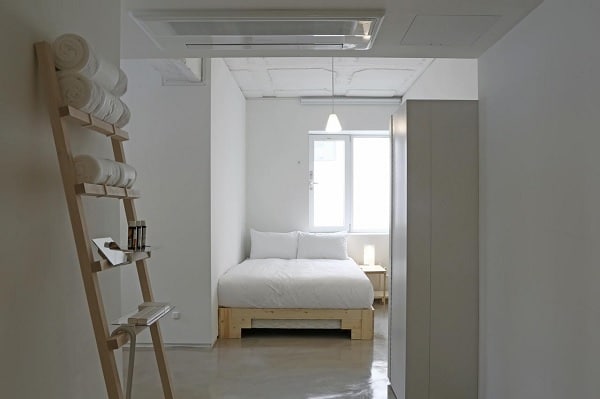 “Down a narrow street in downtown Seoul, this suave little art hotel is quite the find. Its white-toned rooms all feature locally designed, handmade furniture and beds, and maximise the use of space with ingenious slide-out desks and TVs.” 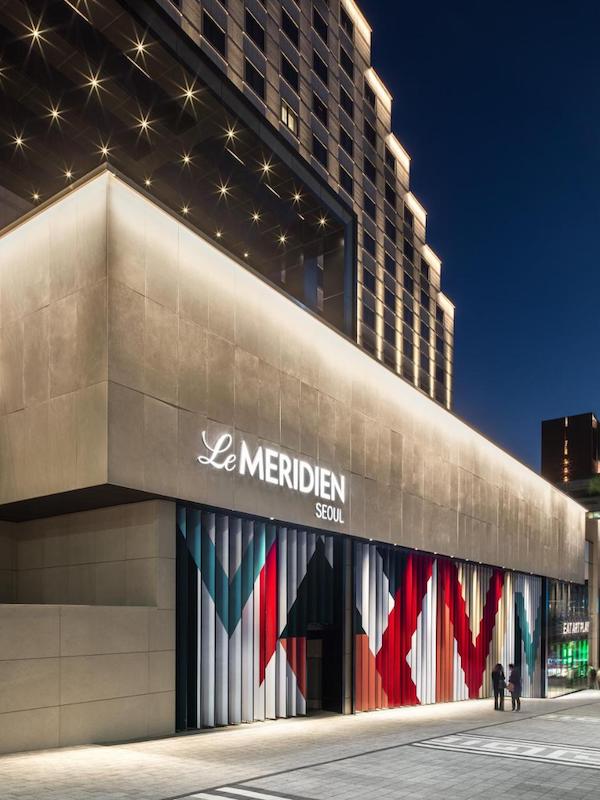 “With its unbeatable location, understated luxury aesthetic, art collection, spa complex, and knockout breakfast, this is a cultured alternative to the area’s business hotels, and a great place to indulge for vacationers.”

What are the best neighborhoods to stay in Seoul?
The capital of South Korea is a perfect example of a place where traditionalism meets modernity. From modern technologically aided structures and pop culture, to Buddhist temple and palaces, it provides visitors with a wholesome experience.

Gangnam
It is one of the high-end neighbourhoods of Seoul, with designer store-fronts, fine dining options, and nightclubs hosting world-renowned DJs. The underground mall - COEX mall is a haven for shoppers.

Myeongdong
Myeongdong is a bustling area packed with shoppers, which cater to those seeking everything starting from luxury brands to locally grown brands selling cosmetics and other materials. Casual eateries providing local fare as well as Japanese and Thai options satiate the hungry shoppers. Music and theatre shows are held at the Nanta Theatre.

Itaewondong
It has a very western vibe which is evident in the internationally influenced dining options and the pulsating nightlife to cool gay bars. The options range from local Korean style barbeque restaurants to chic bistros and roadside stall stalls selling delicious kebabs. Antique furniture to indie stores, you will find everything here. Top hotels are found here catering to expats.

Hongdae
The area is filled with young hipsters from the nearby university. Thus the food scene is extremely laid back with a number of theme cafes. There are a plethora of options for clubs and casual dining options.

Apgujeong
Luxury brand store-fronts dot this area, and you might often spot a celeb of K-pop culture. The food options are varied and are upscale with various options of cuisines from around the world available. Boutique hotels and star resorts are situated in this area.
How much does it cost to stay in a Seoul hotel?
For a 3-star hotel you have to pay around $90 per night and for a 4-star hotel you would be looking at $120 per night. If you're after a luxury 5-star Seoul hotel then you can expect to pay around $280 per night.
Which Seoul hotel serves great breakfast?
Try Hotel Park Hyatt or AMASS Hotel Insadong if you're looking for a delicious breakfast at a hotel in Seoul. Both hotels have excellent customer review ratings for breakfast.
We use cookies on this website to analyse your use of our products and services, provide content from third parties and assist with our marketing efforts. Learn more about our use of cookies and available controls: cookie policy. Please be aware that your experience may be disrupted until you accept cookies.