RecommendedRoom lists the best hotels, hostels, B&Bs and guesthouses in San Francisco as recommended by the most popular travel experts from CNN, Lonely Planet, Fodor’s, New York Times and more. All hotel recommendations have been referenced with customer reviews, and we only list hotels which have a review rating of at least 4 out of 5 stars.

San Francisco is officially known as the City and County of San Francisco and is the commercial, cultural and financial center of Northern California. The city is among the most populous in the country; it is the fourth-most populous city in California and the 13th in the US.

San Francisco is the birthplace of one of the most important international organizations; the United Nations back in 1945. San Francisco became a center of liberal activism in the United States for a number of reasons; the Sexual Revolution, the Peace Movement, the rise of the “hippie” counterculture, significant immigration, liberalizing attitudes and the confluence of returning servicemen.

The city is a popular tourist destination for many reasons and is particularly known for its cool summers, fog steep rolling hills, eclectic mix of architecture and landmarks and its famous Chinatown district.
The city has several nicknames that include “The City by the Bay”, “Baghdad by the Bay”, “The Paris of the West”, “Golden Gate City” and “Fog City”. Other nicknames include “San Fran” and “SF”. The city is highly ranked on world livability rankings making it a top destination for migrants and tourists. 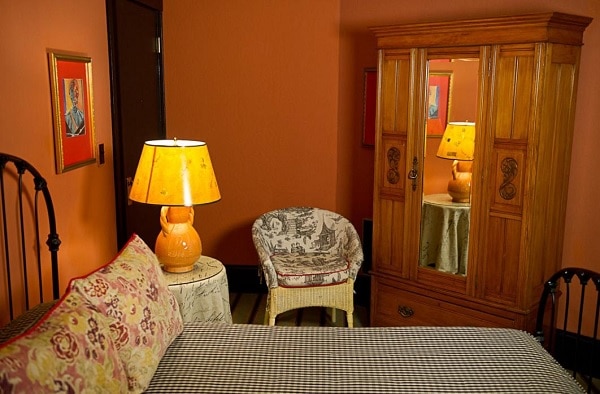 “Eclectic, historic and unabashedly poetic, this quintessential North Beach boutique hotel has jazz-era color schemes, pagoda-print upholstery and photos from the Beat years on the walls.” 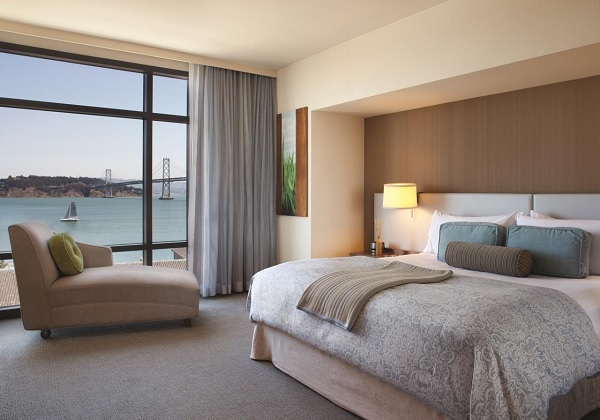 “When your love interest or executive recruiter books you into the waterfront Vitale, you know it’s serious. The office-tower exterior disguises a snazzy hotel with sleek, up-to-the-minute luxuries.” 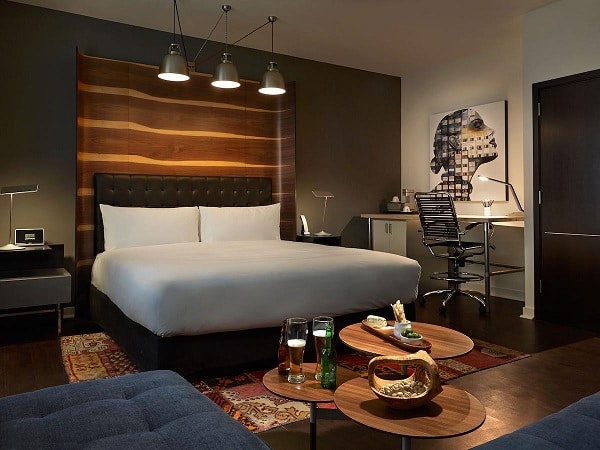 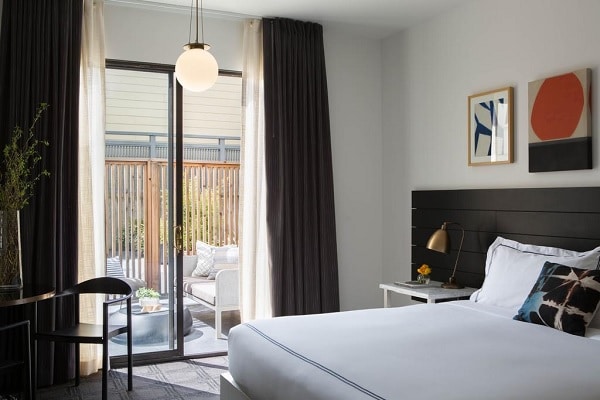 “Try the Buchanan, the latest revamp from Kimpton Hotels, with 131 minimalist, Japanese-influenced rooms close to Pacific Heights and Japantown.”

“The refurbished Palace Hotel, reopened in June 2015, has gone through several iterations since it first opened in 1875. The latest renovation modernized rooms, the gym and the skylit swimming pool, leaving intact the early 20th-century neo-Classical ambience.” “The Axiom Hotel aims to reflect the city that it’s in. Being tech-forward is the focus of this six-story, 152-room hotel, which opened in February 2016. iPad check-ins, fast and free fiber-optic Wi-Fi and breakfast tables featuring places for each diner to plug in a gadget, for example.” 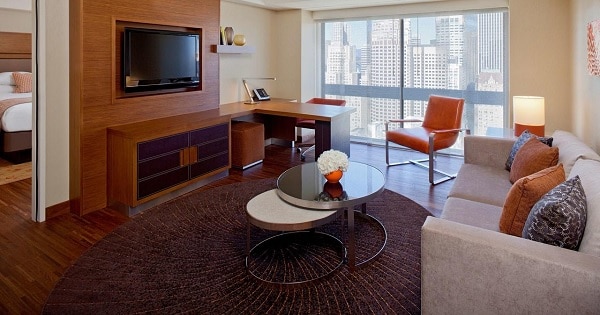 “Great staff and famed Hyatt pillow-top mattresses help make the Grand Hyatt a reliable place to do everything from sip martinis to hole up flicking channels in high style.” 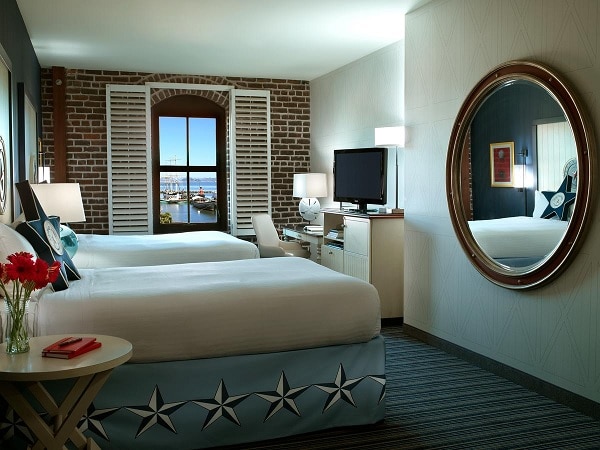 “The Argonaut’s spacious guest rooms have exposed-brick walls, wood-beam ceilings, and best of all, windows that open to the sea air and the sounds of the waterfront; many rooms enjoy Alcatraz and Golden Gate Bridge views.”

“The only hotel in Pacific Heights, a stately 1903 apartment-hotel tucked between mansions, stands high on the ridgeline. It’s notable for its architecture, attentive service and chic rooms, with their elegantly austere decor.” 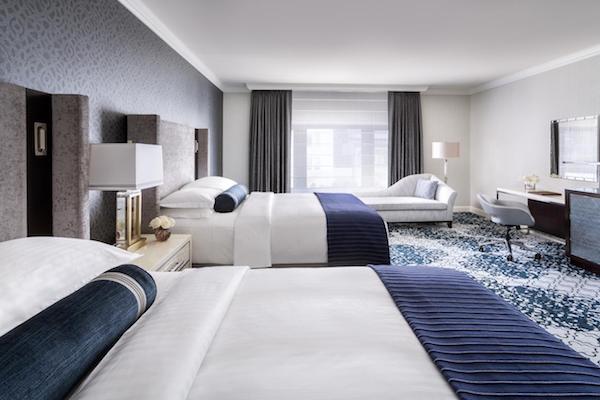 “This stunning tribute to beauty, and attentive, professional service offers a modern twist on that classic Ritz style with a marble lobby, outstanding food, and a lovely wine tasting lounge. The afternoon high tea is a must ticket for the city’s elite.” 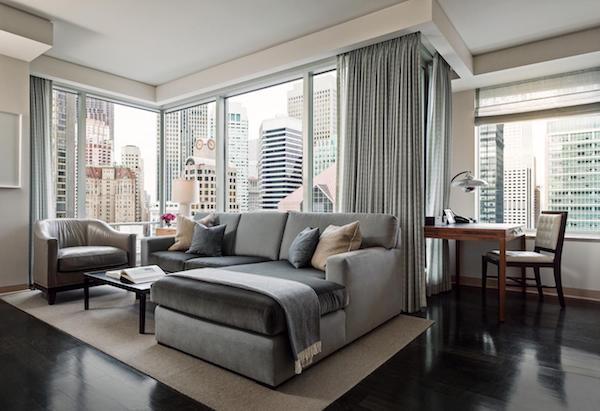 “Full-blown high-tech luxury is yours at this über-chic 40-story SoMa tower. Strategically near the Museum of Modern Art and Yerba Buena Gardens, this shrine to urban luxury welcomes guests with a 16-foot-long gas fireplace and streamlined lobby bar that’s frequented by city socialites.” “One of San Francisco’s most exclusive properties occupies floors 5 through 17 of a skyscraper in the heart of the shopping district. Contemporary art lines the hallways and guest rooms.”

What are the best neighborhoods to stay in San Francisco?
San Francisco is synonymous with the Golden Gate, the steep hills engulfed in fog and the blue waters of the Pacific Ocean.

Fisherman’s Wharf
Located on the water-front, this popular tourist destination is famous for crab cakes and clam chowder, dishes tantamount with the Wharf. The view is breathtaking of the Golden Gate and Alcatraz prison. Boutiques and cafes are found check and jowl close to the celebrated chocolate factory. Renowned hotels are located here.

Chinatown
One of the oldest Chinese establishment and its alleyways are filled with dim sum stalls. Gothic cock-tail lounges and karaoke bars are popular here. A bevy of luxury hotels as well as budget options are situated here.

The Castro
The name stands in conjunction with the gay culture. It has numerous bars and taverns that draw a huge number of revellers. Traditional homely restaurants are famous here and so are adult shops. The culinary revelation is as exotic as the inherent atmosphere of this place.