Below is a list of the best hotels, hostels, B&Bs and guesthouses in Rome as recommended by the most popular travel experts around the world from CNN, Lonely Planet, Fodor’s, New York Times and more. All the hotel recommendations on the list have been referenced with customer reviews, and we only list hotels which have a review rating of at least 4 out of 5 stars.

Rome is the capital of Italy and a special commune. Historically, it is one of the most popular cities on earth and the home to some of the world’s most important history. Spanning over 28 centuries, Rome has some of the richest histories on earth. It is one of the oldest continuously occupied sites in Europe and the world at large. Rome is regarded as the home of Western civilization and described by some as the first-ever metropolis in the world.

Rome became one of the first major centers of the Italian Renaissance and the birthplace of both the Baroque style and Neoclassicism. Rome has been the center of creating masterpieces by several artists, sculptors, and architects. As one of the most popular cities in the world, the city sees millions of visitors yearly.

The city is a global city with influence in arts, fashion, media, culture, architecture, and religion. UNESCO lists the historic center of the city as a World Heritage Site while several landmark buildings and structures such as the Colosseum and Vatican Museums are some of the most famous in the world. 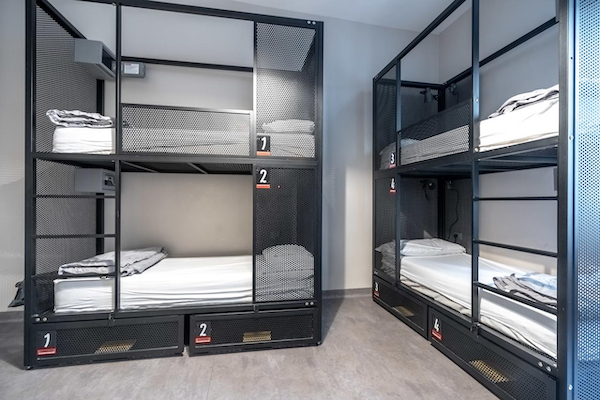 “Rome’s premier party hostel is ideal for travellers in their 20s looking for a comfortable bed and an interactive social scene. It has creative and artsy vibe, and a rooftop terrace and small garden hang-out for film screenings during the summer months.” 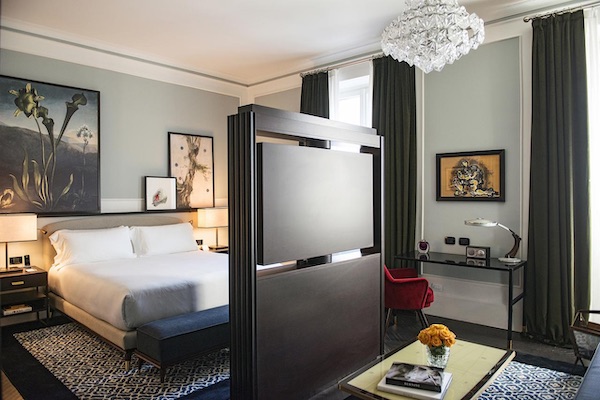 “The quiet, confident arrival of the Vilòn gave Rome a boutique hotel to showcase the city’s sharp sophistication, which too often gets lost among its antiquities. The Vilòn stylishly captures a vital facet of the direction the city is headed in.” 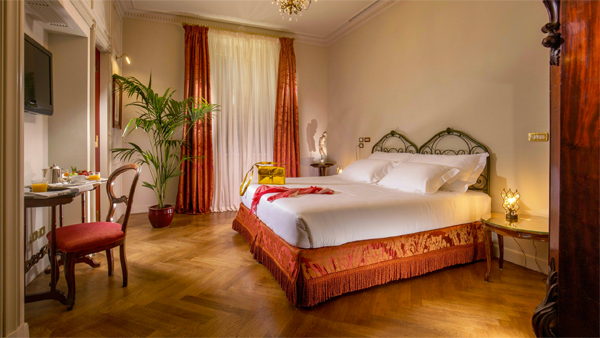 “The Hotel Locarno, with generous high-ceilinged rooms, a fabulous bar and a lovely courtyard, is an oasis of class and tranquillity a stone’s throw from Piazza del Popolo.”
Featured in New York Times’ 36 Hours in Rome. 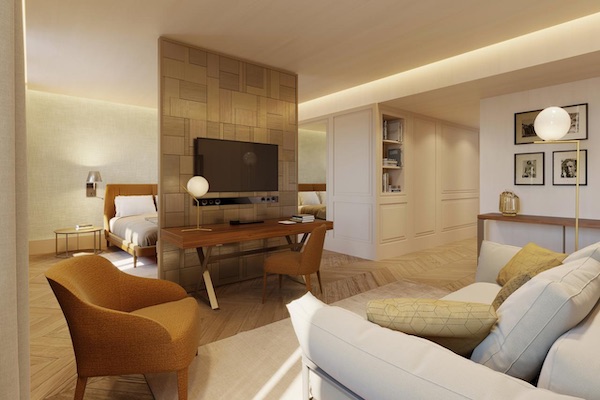 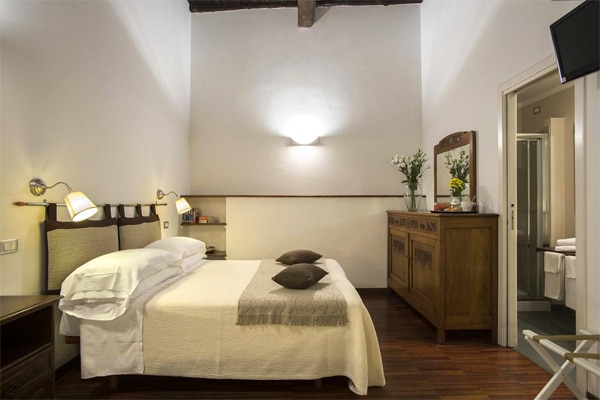 “Perfectly placed on a peaceful cobbled lane in the ‘quiet side’ of Trastevere, this ground-floor guesthouse sports six gleaming white rooms with parquet floors, a modern low-key look and well-equipped bathrooms.” 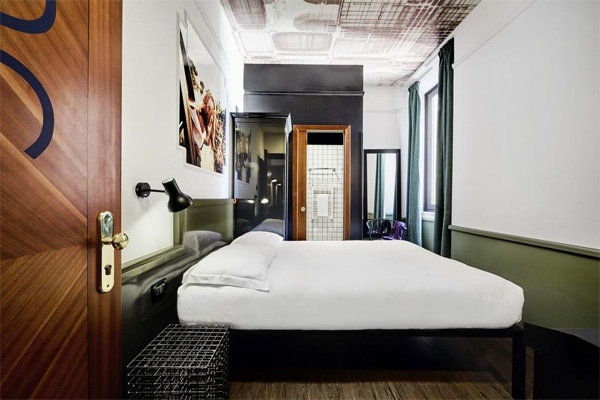 “Hostelling just got a whole lot smarter in Rome thanks to this designer hostel which, quite frankly, is more uber-cool hotel in mood – 72% of the 174 beds here languish in bright white private rooms with sharp bathrooms, and dorms max out at four beds.” 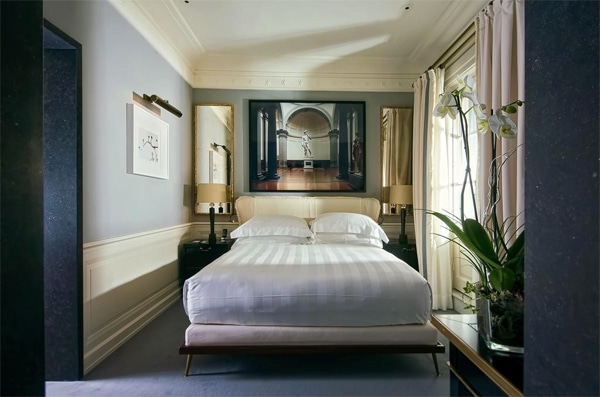 “Midcentury furniture mingles with marble sculptures at the J.K. Place Roma, a 30-room hotel that opened in 2013. The eye-catching design by the architect Michele Bönan features colorful palettes, stately four-poster beds and common spaces adorned with Berber rugs and a futuristic chandelier.” 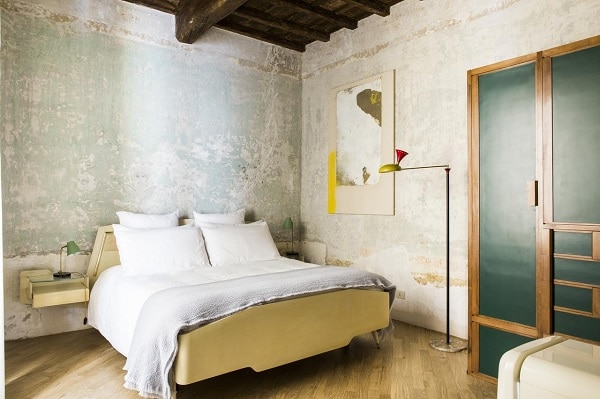 “Like a Fellini film, the G-Rough deftly balances the refined and the rugged, creating a sophisticated hotel with both a sense of place and a sense of style.” 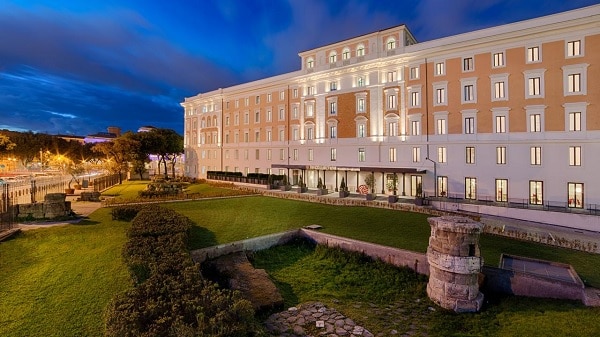 “Travelers arriving by train will appreciate the hotel’s quiet, easily accessed location. And those who have seen and done Rome’s main sights may appreciate its proximity to lesser-known ones.” 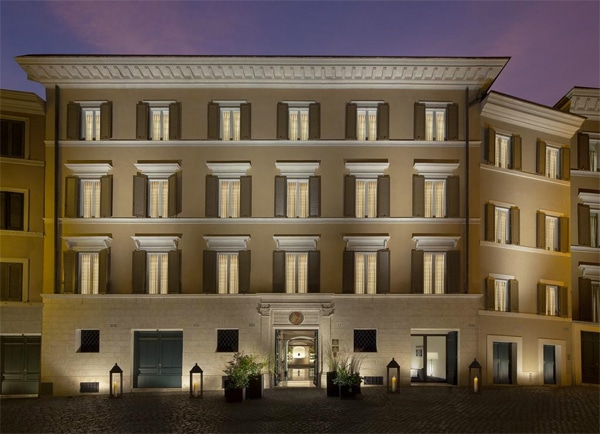 “Location is really the key to this unpretentious establishment. The hotel is within easy walking distance of Campo de’ Fiori and the Pantheon and Hotel Navona is on one of the quieter streets.” “The best thing about this hotel is its private rooftop terrace, with a 360-degree city view so good that people sit up there even on cold winter evenings. This homey, four-star pad has comfortable baroque-style rooms with expensive drapes, wooden beams and sparkling chandeliers.” 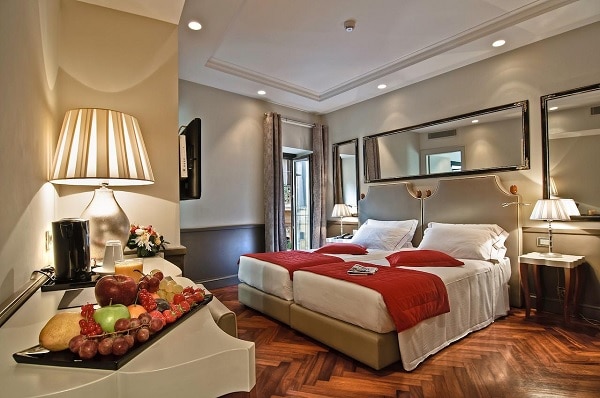 “This four-star hotel near Campo de’ Fiori will wow you with its ultra-modern black-and-white marble interiors and 30 recently refurbished rooms, but it’s a surprise in the basement that’ll have you posting on Facebook — the original Roman-era walls of the Theater of Pompey.” “This super-chic, five-star art hotel just around the corner from Piazza del Popolo attracts well-heeled guests who want a base in the heart of Rome’s shopping district. The First offers one of Rome’s best views: roof-top tiles, domes and bell towers.” “In a 17th-century palazzo in the historic center, D. O. M is a luxurious hotel with 24 rooms and suites that opened in late 2013. The richly textured décor is an appealing mix of old and new — think artworks ranging from Renaissance-era marble inscriptions to Andy Warhol silk-screens — and the clubby rooftop terrace is a new hot spot for aperitivi in warmer months.” “This glorious boutique hotel resides in a mansion fitted out with 16th-century tapestries, antique books and original period furnishings. Its 14 romantic suites are elegantly decorated, with lovely green garden views.” The Inn At The Roman Forum, Rome

“The name doesn’t lie. This small hotel is tucked down a medieval lane, on the edge of Monti and with the forums of several Roman emperors as neighbors. Its midsized rooms are sumptuously decorated.” “It is elegant and calm, with marble floors, a gold-lit ceiling and vases of freshly-picked flowers in every corner. Everything is flawless, but it’s the staff that truly stand out, taking care of guests’ every need, from tour bookings to dinner reservations.” “Old school lushes and anyone who enjoys a tipple will love Hotel De’ Ricci. This is a place that’s all about the wine, with eight seriously smart rooms. You get the feeling you’re somewhere swanky the moment you walk in, all secluded booths, low lighting, and draped curtains.”

What are the best neighborhoods to stay in Rome?
The cradle of modern civilisation, it has a history of more than 3000 years, which is very much evident in present-day Rome too. It is home to some of the most iconic wonders of Christendom, the creation of Renaissance masters.

Trastevere
Its quaint cobbled streets are lined by several pubs and restaurants which are popular amongst both locals and tourists. You will find several hotels located here, catering to various budgets.

Trevi
It is a vivacious neighbourhood, making it a favourite haunt of tourists. There are street vendors selling a variety of wares, delectable food, and Italy's famous gelato. There are some top-notch restaurants here as well. A number of hotels are present overlooking the famous fountain and square.

Ostiense
There are several hipster bars and discotheques, making it a popular haunt of youngsters. The Eataly superstore houses 4 floors of restaurants, bars and other gourmet items. Some of the luxury hotels are located here.

Esquilino
It is one of the primary attractions of Rome, the site of the Church of Santa Maria Maggiore. Since it is popular with tourists from all over the world, one can come across several eateries serving global cuisine like Asian and African, as well the famous pizzerias and Italian restaurants. Many budget hotels are located here.

Castro Pretorio
This neighbourhood has undergone a massive turn around in the recent years. From nondescript accommodations, it now has boutique hotels and edgy hostels popular with backpackers. Traditional pizzerias and delis satiate the hunger of travellers as do the wonderful historic sights.
How much does it cost to stay in a Rome hotel?
For a 3-star hotel you have to pay around $140 per night and for a 4-star hotel you would be looking at $180 per night. If you're after a luxury 5-star Rome hotel then you can expect to pay around $480 per night.
Which Rome hotel serves great breakfast?
Try Hotel Lunetta or NH Collection Palazzo Cinquecento Hotel if you're looking for a delicious breakfast at a hotel in Rome. Both hotels have excellent customer review ratings for breakfast.
Which Rome hotel is the best for couples?
Try Hotel De’ Ricci if you're looking for a romantic getaway in Rome, it has some excellent recent customer reviews by couples.
We use cookies on this website to analyse your use of our products and services, provide content from third parties and assist with our marketing efforts. Learn more about our use of cookies and available controls: cookie policy. Please be aware that your experience may be disrupted until you accept cookies.