We list the best hotels, hostels, B&Bs and guesthouses in Nashville, Tennessee, as recommended by travel experts from CNN, Lonely Planet, Fodor’s, New York Times and more. All the hotel recommendations have been referenced with adequate customer reviews. The ratings you see here is an aggregate from several platforms and is always higher than 4 out of 5 stars. As such, you should have high confidence in our choices.

The city of Nashville is the capital of Tennessee of the US. The city is the heart of the state embracing seven countries situated in the surrounding. The city is located on the river banks of Cumberland. In the year 1963, Nashville government consolidated with Davidson County. Currently, it has service districts which cover the whole county, an urban district encompassing Nashville.

Speaking of history, the Mississippians, Chickasaw, Cherokee, and Shawnee inhabited the area. In the year 1717, French established their post, which went by the name French Lick. It was Richard Henderson who was the force behind it. As per matter of fact, he was a jurist from North Carolina. He also had written the compact of Cumberland. And the articles that settlers adopted for self-government. Later on, they named the city as Nashville in the year 1784.

The economy of Nashville grew rapidly along with the population in the twentieth century. Then, the city was the American center for tradition and music. Subsequently, radio broadcasts were happening around the year 1925 in Nashville. Furthermore, the industrial development of the city, Nashville grew after 1930. It was the time when electric power was rather cheap in the area and was available for people. It came from the authority of Tennessee valley. Subsequently, they constructed dams and bridges in Nashville on the river, Cumberland. However, the river was flooded following a heavy downpour for two days in the month of May 2010. Sadly, the downpour took several lives in the city, causing damage to its parts. Although this, the city is still marvelous and beautiful in its way, offering tourists major attractions and holiday spots.

If you like our list of best places to stay in Nashville, then you should also check out our selection of recommended hotels in Memphis or best hotels in Portland. 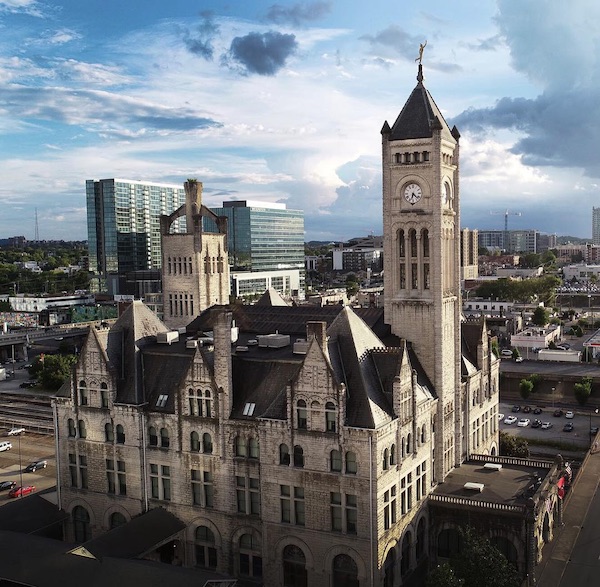 “Formerly a 19th-century train station, the downtown Union Station Hotel was built in 1900 and was updated with $16 million worth of upgrades in 2007. The hotel is Southern, traditional and opulent, but with contemporary amenities and close to everything downtown.” 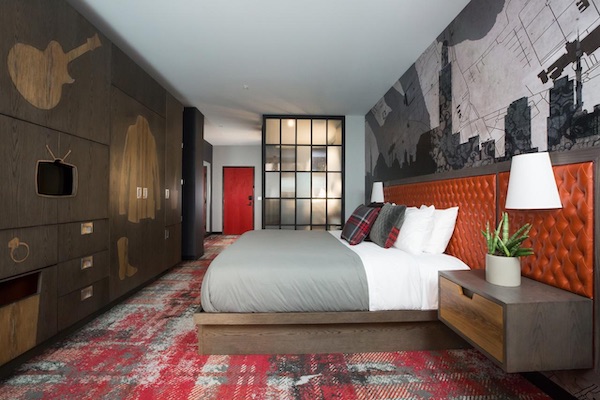 “The Bobby Hotel, a boutique hotel newly opened in the heart of downtown, offers rooms designed around pieces found in cities around Europe, 24-hour room service, a fitness center, a rooftop bar and an original kind of branding: “Bobby” is the spirit of a traveler who brings back treasures from faraway lands.” 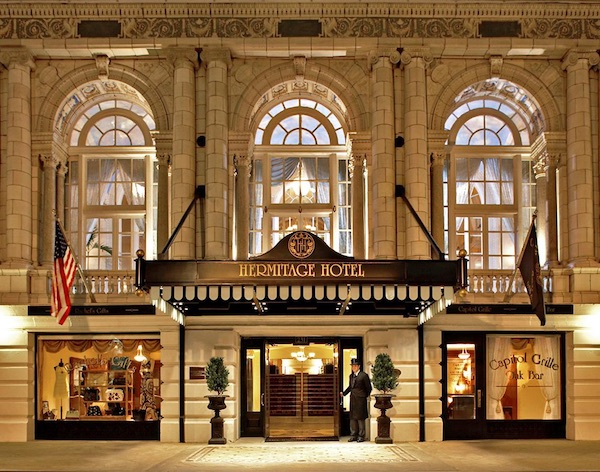 “Tennessee’s only five-star hotel nearly met the wrecking ball after falling into disrepair. Meticulously restored to its full glory in 2003, this Downtown hotel, a Beaux-Arts gem that first opened in 1910,  attracts a decidedly upscale clientele that includes heads of state, celebrities, and business magnates.” 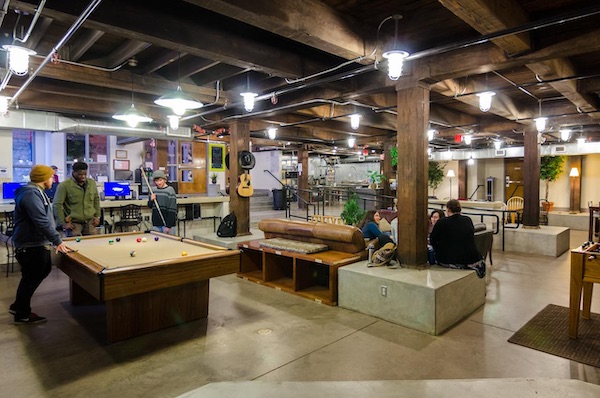 “Well located, only a block from Lower Broadway, and up to the minute in style and function. The common space in the basement, with its rather regal exposed stone walls and beamed rafters, is your all-hours mingle den.” 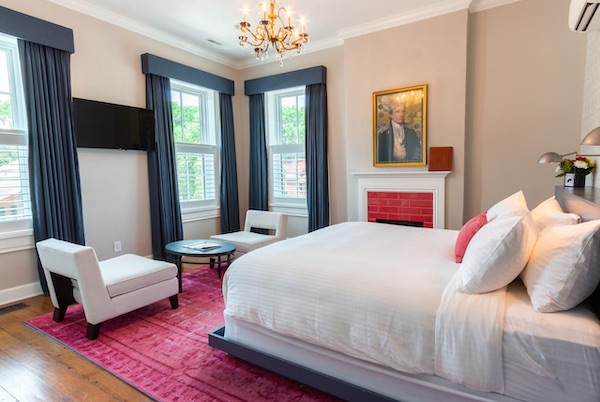 “Germantown’s oldest house, a shoemaker’s cottage dating to 1865, has been flipped into a charming 10-room inn steeped in local design. Exposed brick and natural light are abundant throughout the cozy hideaway.” 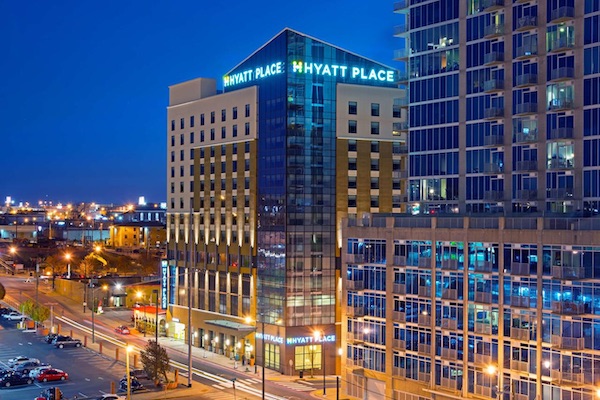 “SoBro—the area south of Broadway—is where you’ll find the Country Music Hall of Fame, Bridgestone Arena, the Schermerhorn Symphony Center, and Music City Center, the massive new convention complex. The Hyatt Place, which opened in 2013, is right in the middle of all the action.” 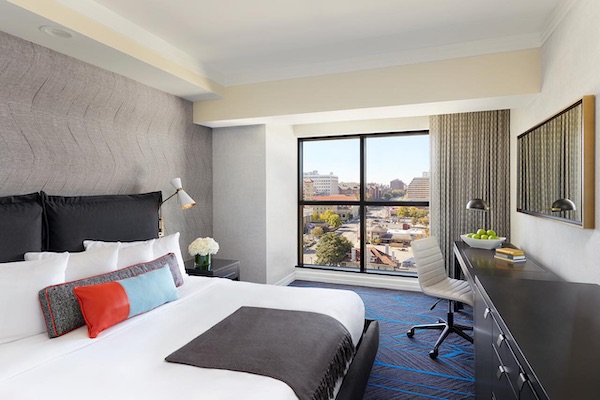 “Nashville’s only four-star hotel, the Hutton is just a few blocks from Music Row and Vanderbilt, and minutes from all the action on Lower Broadway. Judging by the lobby, the Hutton aims to attract an upscale clientele, with a particular appeal to those in the music industry.”

Where to stay in Nashville?
To fall in love, immediately get into the city of Nashville. The city will drag you into its music scene to selective restaurants. The delectable restaurants offer local cuisine. The ‘Music City’ is a metropolis that is continuously growing with incredible facilities for visitors and locals. You cannot ignore the mainstream attractions that the awesome neighborhood of Nashville holds for you. The neighborhoods in Nashville are rapidly increasing, making up the architecture of the city.

Hillsboro Village
The undisputed heartbeats of the city crawl around the neighborhood known as Hillsboro Village. Hillsboro is proximal to Vanderbilt and Belmont Universities. The community of Hillsboro Village is encircled with visitors, college students, and locals with endless opportunities. The highlight of the place is recognized with the Pancake Pantry. One of the popular breakfast joints is found in the community. You should arrive early to avoid queuing around the building. There are so many boutique shops that will tire you, and the vibrant display of street art hold the advertisement of the local community. ‘Fido’ is a popular urban coffee shop in Hillsboro Village.

The Gulch
The second hidden neighborhood gem is the Gulch. The most dynamic community that has regenerated its life is addressed as the Gulch. This community displays the collection of luxury fashion stores, a variety of local restaurants, chic and boutique style hotels. Formerly, the Gulch was known for its industrial works. But, now the place has turned one of the coolest neighborhoods. “What Lifts You” mural is a perfect symbol for architectural design. A spot like ‘Milk and Honey’ fills in the air with coffee brews. ‘Biscuit Love’ is considered to be one of the best breakfast locations in Nashville. To indulge in entertainment, ‘The Pub Nashville’ is a place for draught beers and stylish menu. ‘Turnip Truck’ is a collection of fresh and local production of utilities.

12South
One of the most scintillating areas known for its creativity and highlighting artistry is called in for 12South. One of the hottest neighborhoods found in Nashville is 12South. The place is a perfect stop for drinking, eating, socializing, and playing. The apartments are in the formation of hip-style and the perfect epitome of ‘urbanites. Retail stores like Reese Witherspoon’s Draper James is a corner to spend your afternoon. 12 South Taproom and Grill is a spot to a quick bite. Sevier Park is a stroll to check-in.

East Nashville
Head across the Cumberland River to find the best places in East Nashville. The three pillars that tower East Nashville are Nissan Stadium, the Tennessee Titans, and home to the NFL team. East Nashville is compared to New York City’s East Village. The streets of the community are designed with street art murals. You can move to Shoppes on Fatherland to experience dinner and retail therapy.

Downtown
Along Broadway, the most frequently traveled neighborhood in Nashville is Downtown. To catch your attention, the Bridgestone Arena is an NHL game in collaboration with the Nashville Predators.

Choose one among these five to find a place of peace in the Music City.
How much does it cost to stay in a Nashville hotel?
If you're looking for a 3-star hotel in Nashville then you'll have to pay around $195 per night. For a 4-star hotel you have to pay about $320 per night and if you're looking for a luxury 5-star Nashville hotel that will cost your about $400 per night.
Which Nashville hotel is the best for families?
If you're looking to visit Nashville with your family, then try the Hermitage Hotel. The hotel has excellent recent reviews by families.
We use cookies on this website to analyse your use of our products and services, provide content from third parties and assist with our marketing efforts. Learn more about our use of cookies and available controls: cookie policy. Please be aware that your experience may be disrupted until you accept cookies.