This is a list showing the best hotels, hostels, B&Bs and guesthouses in Mumbai which have been recommended by the most popular travel experts around the world from CNN, Lonely Planet, Fodor’s, New York Times and more. All hotel recommendations have been referenced with customer reviews, and we only list hotels which have a review rating of at least 4 out of 5 stars.

Mumbai, also known as Bombay, is the capital city of the Indian State of Maharashtra. It is one of the most popular cities in Asia and the world at large. Mumbai is an alpha world city and also ranks as the wealthiest city in India, having the highest number of millionaires and billionaires among all the cities of India.

The city is attractive for many reasons such as being the financial, commercial and the entertainment capital of India. The city ranks high on several indexes which makes its attractive to a location of top-level hospitality centers and resorts. The city is also regarded as fast-growing economy generating a significant amount of the industrial output and maritime trade of India; as such, this makes the city very attractive to investors, both foreign and domestic.

The city of Mumbai is a leading city in research and technological development. The city is home to India’s premier scientific and nuclear institutes and also serves the home of India’s Bollywood and Marathi cinema industries.

The city is a melting pot of many communities, ethnicity, backgrounds, and culture, making it diverse and attractive to both migrants and tourists. 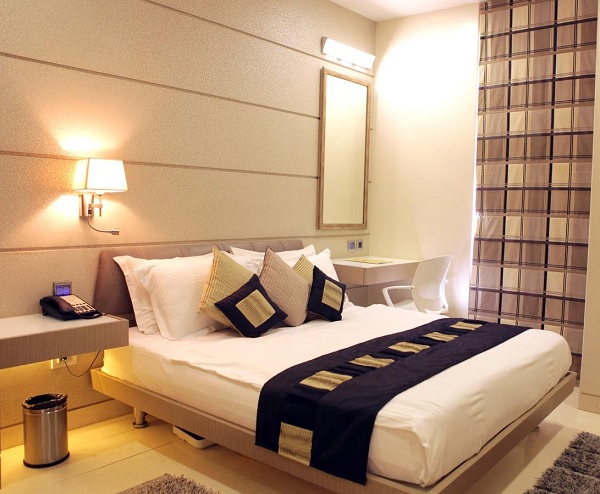 “The Residency is the kind of dependable place where you can breathe a sigh of relief after a long journey and be certain you’ll be looked after well. It’s fine value too, with contemporary rooms.” 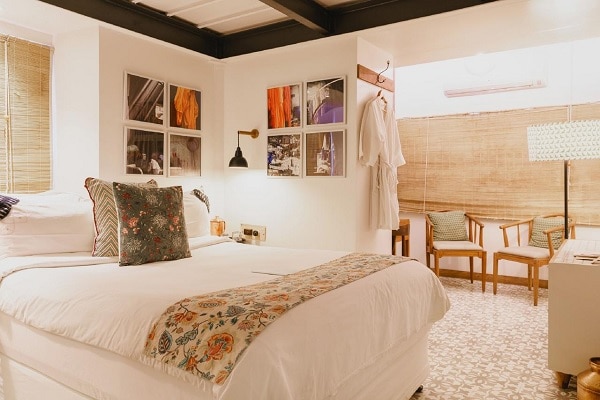 “Abode Bombay is a quirky hotel up the road from the Gateway of India, with 20 chic rooms with lots of Old World charm (but modern conveniences too: guests are loaned local cellphones to use during their stay). The delicious breakfast buffet features local favorites — spinach pakoras, pav bhaji, corn poha — along with made-to-order masala omelettes and egg bhurji.” 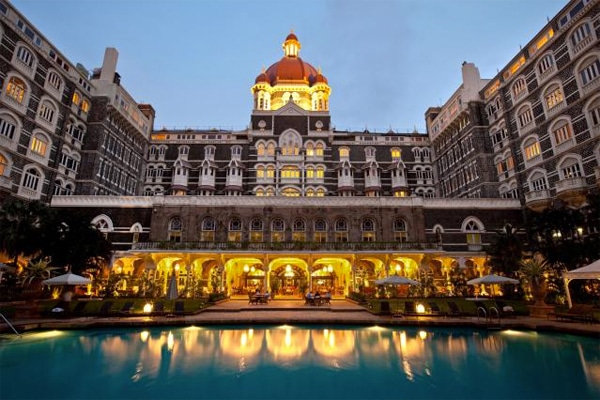 “Foreigners and wealthy Indians choose the Taj over other fancy hotels in town because it’s a beautiful and regal landmark—worth visiting even if you don’t stay here—with views past the Gateway of India to the Arabian Sea.”

Featured as Fodor’s Choice in Mumbai. 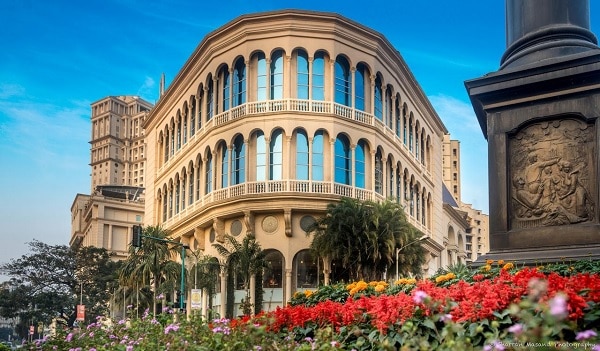 “The eco tag is always a novelty, but the Rodas Powai does live up to it with a very high green quotient. The Rodas has a strict no paper napkin/sachet/plastic policy so you’re encouraged to be a planeteer — reuse towels (hang them up) and sheets.”

“With a breathtaking sea view, lights along the bay, and a flower-laden pool terrace, Hotel Marine Plaza’s Allamanda terrace really is hard to resist. The Art Deco interiors hold another sweet spot — its five-story atrium, with enthusiastically English pub, Geoffrey’s, adjacent to it on the ground floor.” 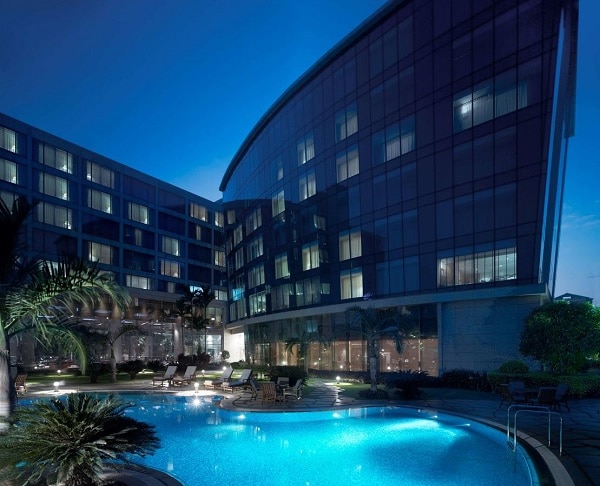 “It’s understandable given its location, service and facilities that the Hyatt Regency is usually filled with business travelers. Rooms are sleek and uncluttered, and include a work desk and Wi-Fi internet.” 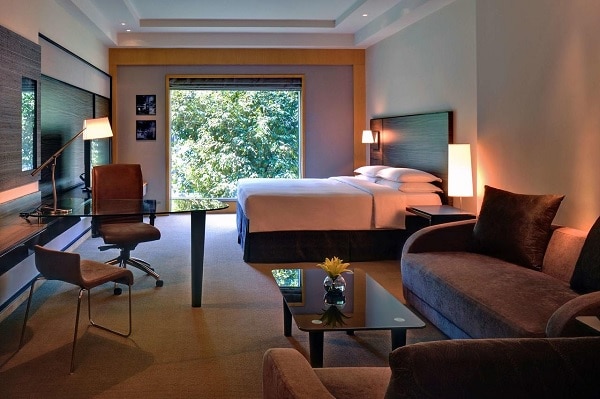 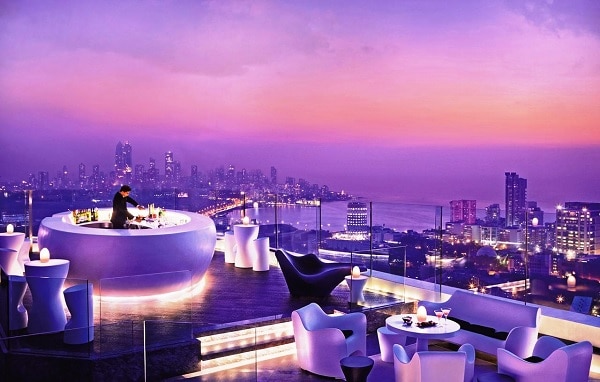 “The Four Seasons hotel has given us Mumbai’s highest bar (roof top lounge Aer) a fabulous spa and The Club, an exclusive 33rd floor area where members can talk business even as they ponder the vintage of their Cristal Rosé.” 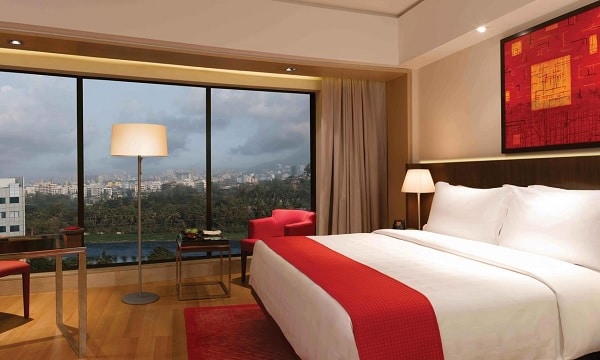 “The warm colors and quirky bronze sculptures of the Trident Bandra Kurla are the first indication that if you’re here to mix business with pleasure, this hotel will serve up a pretty heady cocktail.” 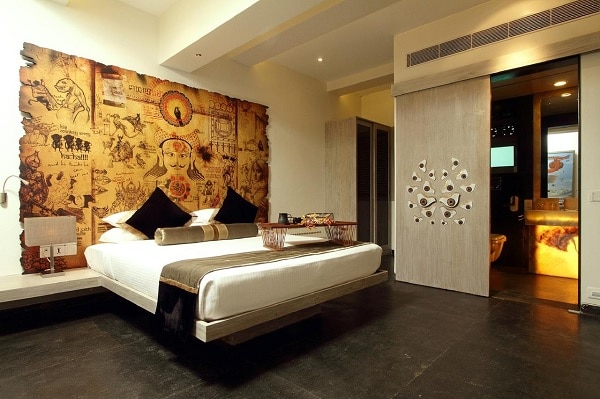 “A few blocks from seaside Carter Road in Bandra, Le Sutra bills itself as an Indian art hotel. Each of the 16 rooms has a different theme — Taal, or ‘beat,’ comes with instruments, bells and a chair fashioned from a drum — and one of the two restaurants, the Mediterranean-inspired Olive Bar & Kitchen is a longstanding go-to hangout for hip Bandra-ites.” 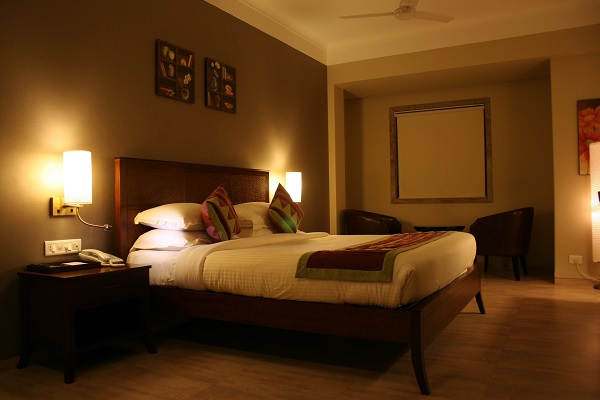 “The aroma of sweet lemongrass greets you in the lobby at this excellent boutique hotel with an inviting atmosphere (and a fine location, five minutes’ walk from Juhu beach). The chocolate-and-coffee colour scheme in the modish rooms works well.”

What are the best neighborhoods to stay in Mumbai?
Earlier known as Bombay, Mumbai is the heart of India. It is a densely populated city and is also the largest in the country. Mumbai is iconic for the Bollywood Film Industry. Amazing street food, excellent shopping avenues, several worth-visiting places, define the warm city of Mumbai.

Bandra
Bandra is a popular place as several artists of the film industry reside here. There is everything hipster and artistic about this place. Mumbai's best cafes and tattoo studios are located in Bandra. Two landmark places in Bandra, that one should definitely visit are The Pali Village and the Mount Mary Basilica church.

Colaba
Another famous name associated with the city of Mumbai is Colaba. It is a historically rich place. One can find elegant Leopold cafes here. There are also a number of bars and eateries to choose from. Colaba Causeway and the Gateway of India attract a number of tourists to this neighbourhood.

Versova
This is a lush green area, with beaches all around. It is a cool place to hangout with friends or plan a weekend getaway as well. Mesmerising is what defines Versova perfectly. It is dynamic and vibrant. It is one of the most unique areas of the city.

Juhu
This place finds a notable mention as numerous Bollywood songs and films have their iconic scenes shot here. Juhu is the life and soul of Mumbai. This area houses the landmark Juhu beach and the famous Prithvi Theatre. Morning scenes of Juhu are indeed charming.

Malabar Hill
Settled at a little distance from the busy and chaotic city life, Malabar Hill is a quiet and peaceful locality.
Which Mumbai hotel offers great views?
If you're looking for a room with a view, then try Four Seasons Hotel or Hotel Marine Plaza. Both offer amazing views of Mumbai according to recent customer reviews.
Which Mumbai hotel serves great breakfast?
Try Hotel Grand Hyatt or Juhu Residency Boutique Hotel if you're looking for a delicious breakfast at a hotel in Mumbai. Both have excellent customer review ratings for breakfast.
How much does it cost to stay in a Mumbai hotel?
For a 3-star hotel you have to pay around $50 per night and for a 4-star hotel you would be looking at $90 per night. If you're after a luxury 5-star Mumbai hotel then you can expect to pay around $150 per night.
Which Mumbai hotel is the best for couples?
Try Hotel The Taj Mahal Palace if you're looking for a romantic getaway in Mumbai, it has some excellent recent customer reviews by couples.
We use cookies on this website to analyse your use of our products and services, provide content from third parties and assist with our marketing efforts. Learn more about our use of cookies and available controls: cookie policy. Please be aware that your experience may be disrupted until you accept cookies.