This is a list showing the best hotels, hostels, B&Bs and guesthouses in Moscow which are recommended by the most popular travel experts around the world from Frommer’s, Lonely Planet, Fodor’s, New York Times and more. All hotel recommendations have been referenced with customer reviews, and we only list hotels which have a review rating of at least 4 out of 5 stars.

Moscow is the capital city of Russia and also is the most populous city of Russia. Moscow is the most important city in the whole of Russia; it is a major political, economic, cultural, and scientific center of Russia. Russia ranks as one of the largest cities in the world on several indexes mostly in the top twenty regions. ‘The city is one of the fastest-growing tourist destinations in the world according to the Mastercard Global Destination Cities Index, one of the reasons for the presence of some of the best hotels and resorts in the world.

Moscow is the coldest megacity and metropolis on Earth and is home to some of the fascinating landmarks and architecture in the world; it is home to the Ostankino Tower which is the tallest free-standing structure in Europe and the Federation Tower which is the tallest skyscraper in Europe. The Moscow International Business Center is one of the most important financial centers in the world.

Other tourist attractions such as the Spasskaya Tower of the Moscow Kremlin and the Bolshoi Theatre are some of the most famous landmarks in the city. The Cathedral of Christ the Savior is one of the most visited places in the city. 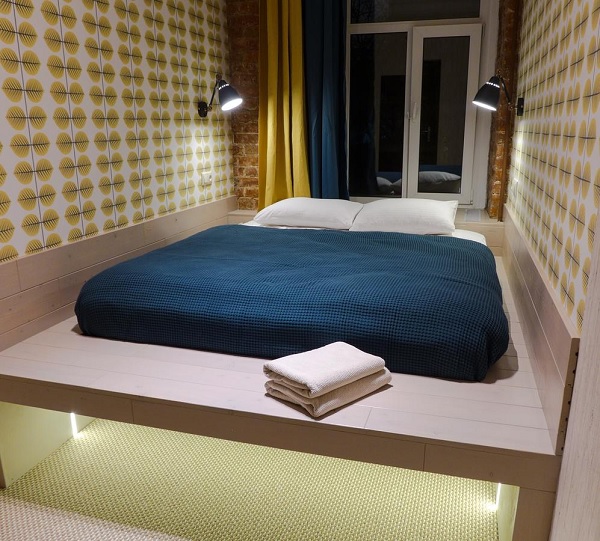 “Tried and true, Godzillas is Moscow’s best-known hostel, with dozens of beds spread out over four floors. The rooms come in various sizes, but they are all spacious and light-filled and painted in different colours.” 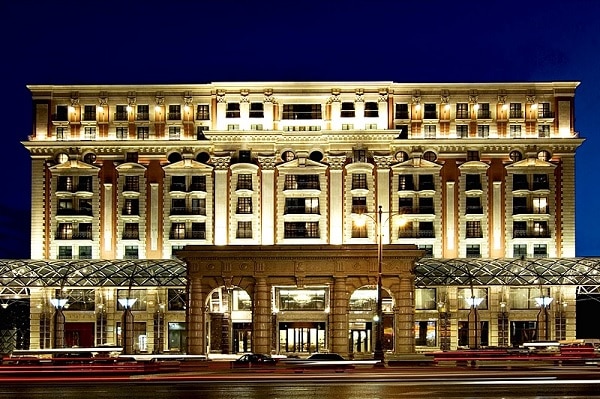 “At the upper extreme is the Ritz-Carlton. Just steps from the Kremlin, the former Intourist hotel has 334 luxurious rooms.” 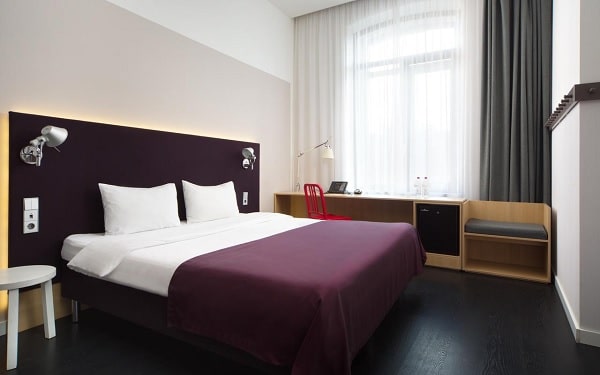 “The new Moscow branch of this Russian hotel chain is a gracious, relaxing haven just one stop outside the central metro line. Azimut is housed in a 19th-century textile factory, and maintains many features of the original design: exposed brick, vaulted ceilings and cast-iron columns.” 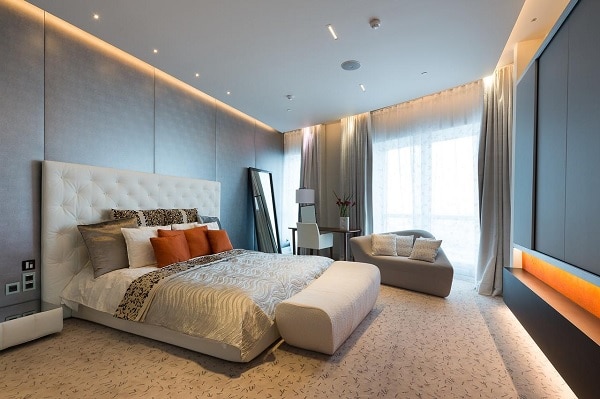 “The sweeping panoramas seen from the Swissôtel’s 27 cylindrical stories outclass those of the low-lying luxury hotels near the Kremlin. Floor-to-ceiling windows in every room add drama to the scene.” 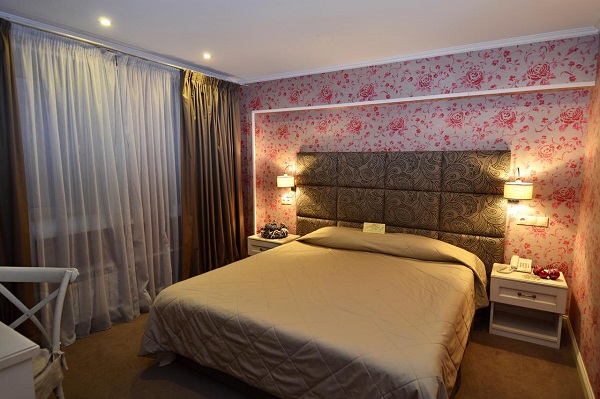 “Steps from the hustle and bustle of Tverskaya, this is a delightfully stylish hotel tucked into a quiet courtyard off the Boulevard Ring. Situated on the lower floors, the rooms do not get much natural light, but they feature king-sized beds, whirlpool tubs and elegant design.” 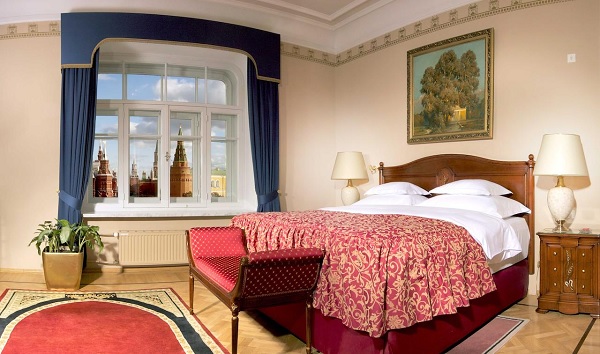 “If you seek historical splendor, assiduous service, and plenty of plush comforts, this 1903 landmark, the city’s most elegant hotel, is for you. For some capitalistic indulgence, you can stay in a two-room suite where Lenin lived for a time in 1918.”

Featured as Fodor’s Choice in Moscow. 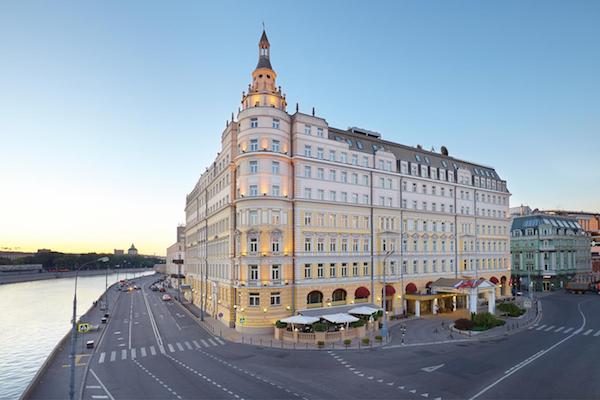 “The view is as amazing as it used to be when the building held artists’ studios, but no doubt the rooms are much more luxurious. They are all large and comfortable, and come in several classy designs, with muted colors and rich fabrics.” 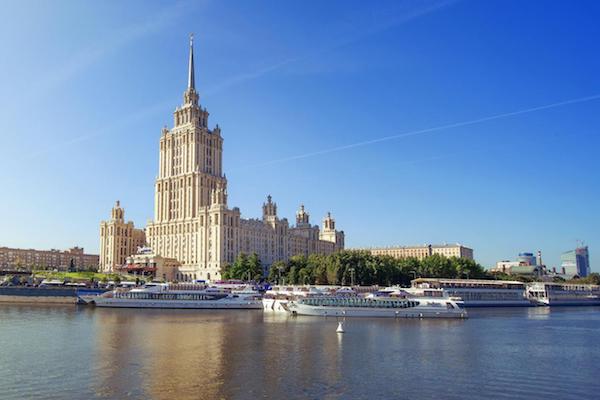 “One of the famed Seven Sisters skyscrapers commissioned by Stalin in the 1950s pampers present-day capitalists in luxurious Italianate guest rooms, jauntily decorated lounges, and a world-class spa.”

Featured as Fodor’s Choice in Moscow. 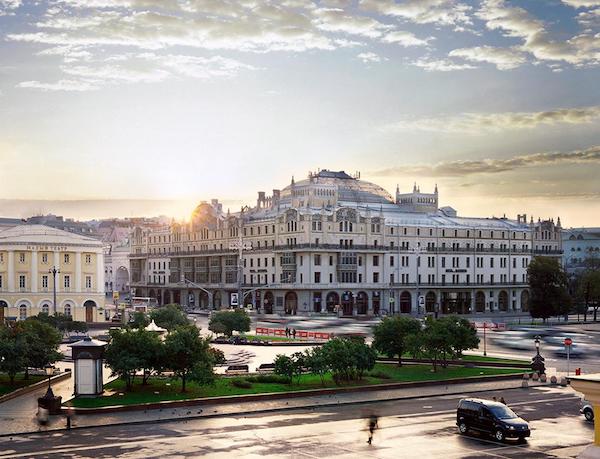 “This luxury Moscow hotel was built in 1901 by the Russian equivalent of John D. Rockefeller, the industrialist and art patron Savva Mamontov. Its very central location is right across from the Bolshoi and a few minutes’ walk to the Red Square.”

What are the best neighborhoods to stay in Moscow?
Moscow is a cosmopolitan city and the capital of Russia located on the Moskva River in the western part of the country. It has several landmarks such as the Kremlin, St. Basil’s Cathedral, Lenin’s Mausoleum, and State Historical Museum. Some of the best neighborhoods in Moscow are:

Khamovniki
Khamovniki is a former neighborhood with brick and textile factories and now is the home to several technology and advertising companies such as Yandex and Leo Burnett. It is replete with several restaurants, bars and trendiest cafes.

Vin Zavod/Artplay
Vin Zavod is one of the coolest neighborhoods in the city that is renowned for its book stores, cafes, theaters and art galleries. The area was once home to huge factories that produced wine and other products in the Soviet era. The city’s principal architect Sergey Kuznetsov is now intending to add miles of electric cars parking and bicycle lanes in the area.

Patriarch Ponds
Patriarch Ponds is a neighborhood that has sparse buildings and architectural structures but is the home to the city’s intelligentsia. It was home to Maksim Gorky and Mikhail Bulgakov and is a serene area with narrow streets around a beautiful pond.

Zamoskvorechye
Zamoskvorechye is a neighborhood that is a blend of old and contemporary city and it has several cafes, restaurants, and new businesses. The city is being considered to be transformed into a smart city with up gradation in its infrastructure.

Kitay-Gorod
Kitay-Gorod is a cosmopolitan neighborhood near the Kremlin that is home to a wide section of the society- artists, immigrants, wanderers and gamblers. The area is renowned for its nightlife housing several bars and clubs.
Which are the best hotels closed to the Red Square in Moscow?
If you're looking for a hotel close to the Red Square in Moscow, then try The Ritz Carlton Hotel, Hotel Baltschug Kempinski or Hotel De Paris. All have great customer review ratings.
Which Moscow hotel serves great breakfast?
Try Hotel De Paris if you're looking for a delicious breakfast at a hotel in Moscow. It has excellent customer review ratings for breakfast.
How much does it cost to stay in a Moscow hotel?
For a 3-star hotel you have to pay around $60 per night and for a 4-star hotel you would be looking at $100 per night. If you're after a luxury 5-star Moscow hotel then you can expect to pay around $220 per night.
We use cookies on this website to analyse your use of our products and services, provide content from third parties and assist with our marketing efforts. Learn more about our use of cookies and available controls: cookie policy. Please be aware that your experience may be disrupted until you accept cookies.