We list the best hotels, hostels, B&Bs and guesthouses in Milan as recommended by the most popular travel experts from CNN, Lonely Planet, Fodor’s, New York Times and more. All hotel recommendations have been referenced with customer reviews, and we only list hotels which have a review rating of at least 4 out of 5 stars.

Milan is the second-most populous city in Italy and the capital of the Lombardy region of Italy. The city is regarded as a leading alpha and a global city with great strength in the field of art, design, education, entertainment, healthcare, media, services and most importantly fashion. Milan is considered the fastest growing economy among the three largest cities in terms of GDP in Europe and also ranks as the wealthiest city among European non-capital cities. Milan is one of the Blue Banana cities in the world and also one of the “Four Motors for Europe”. All of this only shows one thing, Milan is an important city in Italy.

Famously dubbed the fashion capital of the world, the city has also been dubbed the world’s design capital. The city is host to several international events and fairs such as Milan Fashion Week and the Milan Furniture Fair which ranks as both the biggest fashion week and biggest fair in the world. Both events see the highest number of visitors, revenue, and growth. 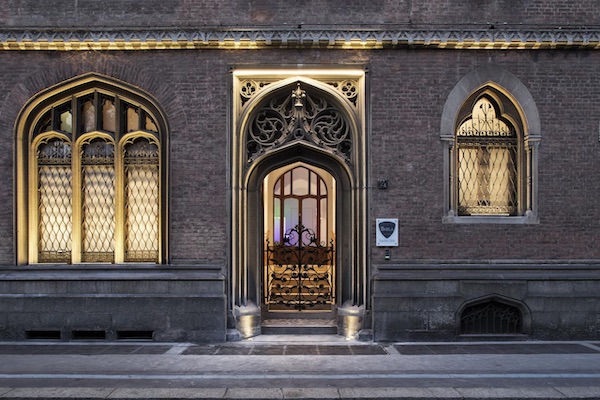 “A sleek design hostel located in a restored Neo-Gothic building, on a quiet backstreet in Milan’s city centre. The bar has live music every weekend and it’s a popular meeting point for the city’s expats and freelancers.” 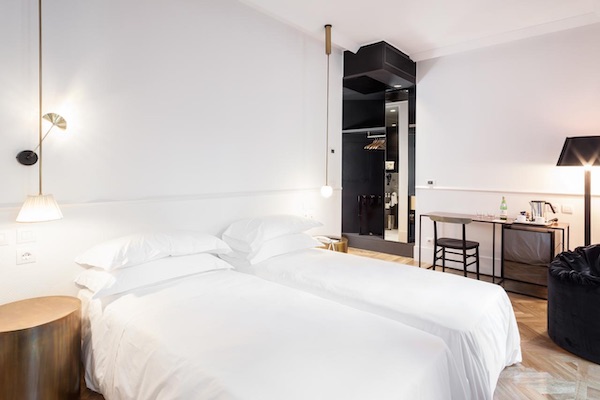 “Beside the city’s fashion district, the Senato Hotel is an elegant 43-room boutique property that opened in 2015 in a neoclassical palazzo that was formerly a private family residence.”
Featured in New York Times’ 36 Hours in Milan. 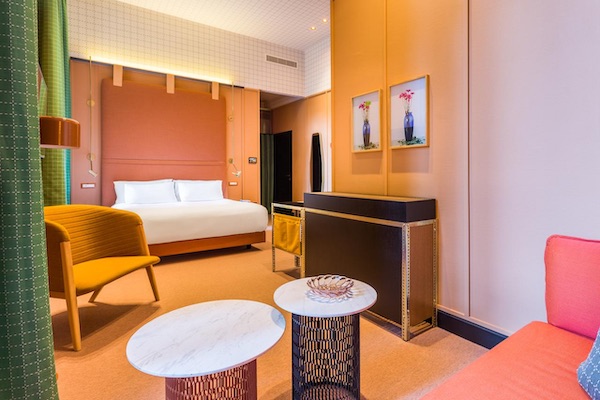 “Around the corner from the Duomo, Room Mate Giulia is an 85-room hotel that opened in 2016 with playful interiors by the Spanish architect Patricia Urquiola.”
Featured in New York Times’ 36 Hours in Milan. 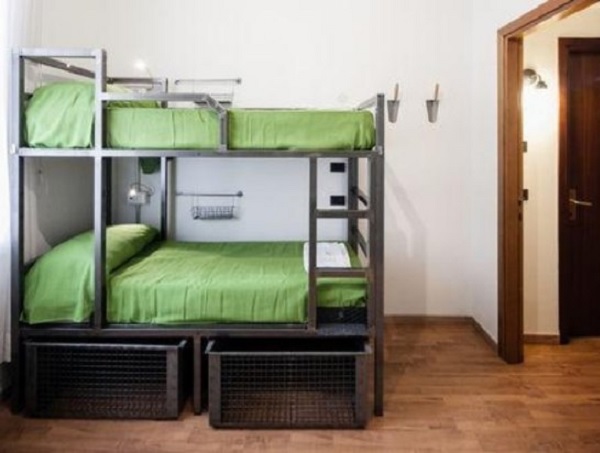 “A breath of fresh air in Milan’s stiffly suited centre, this is the best hostel in town. Entrance is through its lively bar-cafe, open to nonguests, where you’re welcomed with a smile and a complimentary drink.” 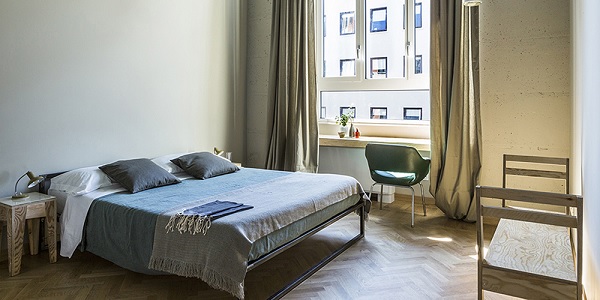 “Hot on the heels of the co-working trend is this co-living artists’ residence and guesthouse styled by Stella Orsini who’s given it a super cool 1950s vibe.” 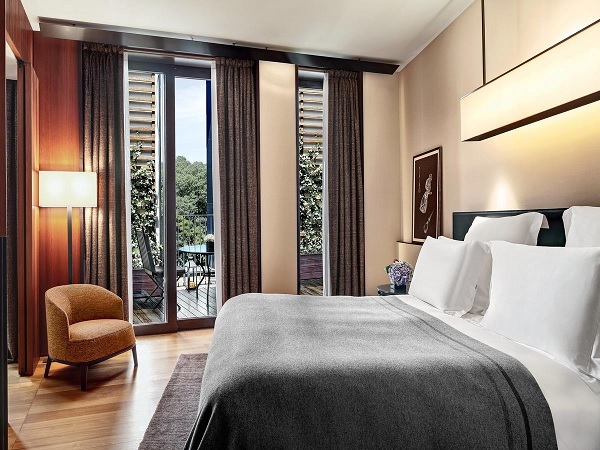 “This hotel was exquisitely designed by Antonio Citterio, best known for his work for furniture company B&B Italia. The result is a wonder of wood, marble and granite that defines Milano cool and exudes warmth at the same time.” 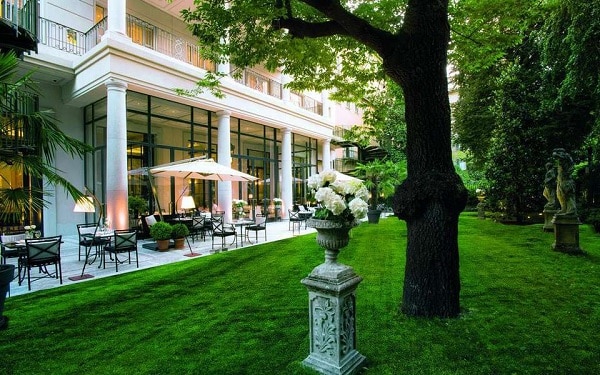 “Near the chic Brera neighborhood, Palazzo Parigi is an opulent hotel with 98 luxurious rooms.”

“In a former perfume factory in Zona Tortona, the Magna Pars Suites Milano is a boutique hotel that opened in 2013 with 28 suites encircling a lush courtyard garden. Decorated with calming, neutral hues, the rooms also feature furnishings from local designers and paintings by artists from the Brera Academy.” 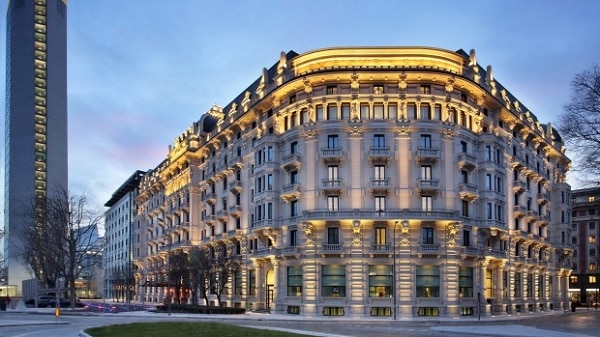 “Most signs of the landmark property’s sophisticated pedigree have been replaced by state-of-the-art luxuries, but one original feature that was preserved is the beautiful seven-story central staircase that now encircles a mesmerizing cascade of Murano-glass pendant lamps.” 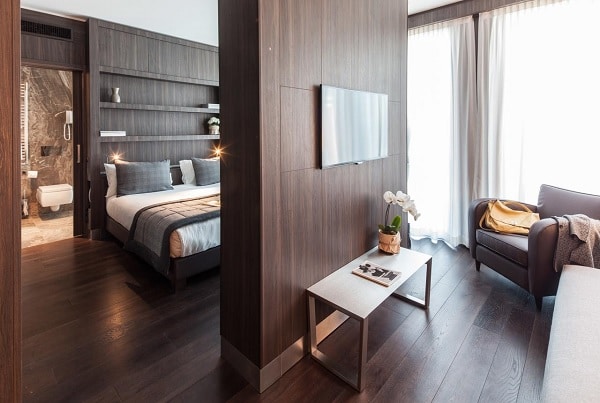 “The rarefied design crowd has many four- and five-star options, but for anyone in Milan on business, fashion or otherwise, LaGare Milano offers good value, easy-in and easy-out convenience and compelling terrace views.” 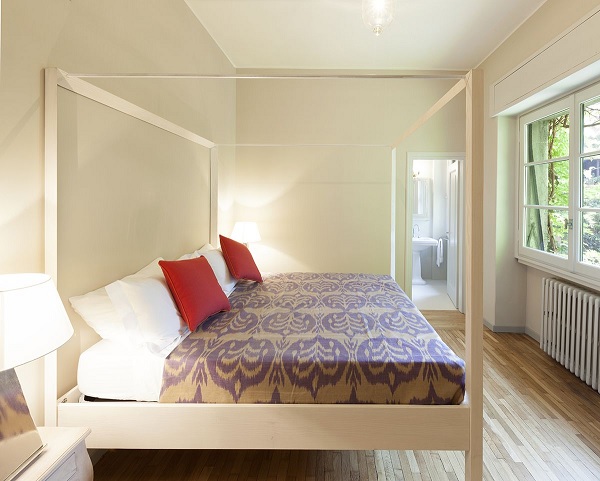 “Now you can bed down in the 15th-century palace where Leonardo lodged whilst he painted The Last Supper. Enjoy Portaluppi-inspired modernist design, parquet floors and slick contemporary kitchens, as well as unique views over Santa Maria delle Grazie.” 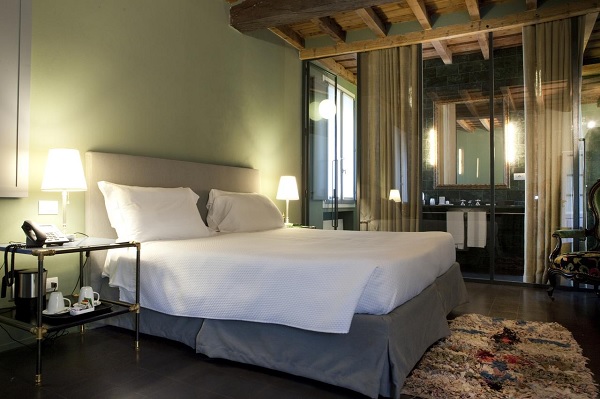 “With geranium-clad balconies overhanging the Naviglio Grande and striking period decor, this canalside hotel offers a touch of class in a dedicated bohemian neighbourhood.”

Brera
Brera is a neighborhood that is situated in the historic centre with no chaos at all. The neighborhood has elegant fine restaurants, luxury retailers, apartment buildings, grand public buildings, design spaces and commercial gallery. The neighborhood is the home to some of the richest and most stylish residents in Milan.

Chinatown
Although the Chinatown neighborhood of the city is not as elaborate and embellished as its contemporaries in London and New York, it is certainly a unique and buzzing area of the city. The neighborhood has a wide range of Chinese restaurants, noodle bars, all-day minimalist café and bars.

Isola
Isola was a working class neighborhood that has been transformed into a well connected area with several bars and restaurants. Isola is now considered among the hippest new places to live. Previously, the cheap rent of the area attracted creative industries and artists that is reflected in its character.

Porta Romana
Porta Romana is a neighborhood that has perfectly maintained avenues of famous apartment buildings that are home to some of the richest residents of Milan. The neighborhood is full of shops, restaurants and bars visited by cool yuppies.

Zona Tortona
Zona Tortona is a neighborhood that is home to several attractive boutiques, restaurants and watering holes. It is the home to several resturants such as Zona Tortona, The Botanical Club, Boccino, God Save the Food, Cafè del Binari, among others.
Which Milan hotel serves great breakfast?
Try Magna Pars Suites Hotel, Hostel Ostello Bello or Excelsior Hotel Gallia if you're looking for a delicious breakfast at a hotel in Milan. They have excellent customer review ratings for breakfast.
How much does it cost to stay in a Milan hotel?
For a 3-star hotel you have to pay around $120 per night and for a 4-star hotel you would be looking at $180 per night. If you're after a luxury 5-star Milan hotel then you can expect to pay around $490 per night.
Which Milan hotel offers great views?
If you're looking for a room with a view, then try Excelsior Hotel Gallia. It offers amazing views of Milan according to recent customer reviews.
We use cookies on this website to analyse your use of our products and services, provide content from third parties and assist with our marketing efforts. Learn more about our use of cookies and available controls: cookie policy. Please be aware that your experience may be disrupted until you accept cookies.