We list the best hotels, hostels, B&Bs and guesthouses in Melbourne as recommended by the most popular travel experts from CNN, Lonely Planet, Fodor’s, New York Times and more. All hotel recommendations have been referenced with customer reviews, and we only list hotels which have a review rating of at least 4 out of 5 stars.

Melbourne is the state capital of Victoria and ranks as the second-most populous city in Australia and entire Oceania. The city ranks highly as a center for several human endeavors such as health care, research and development, tourism and sport and this makes it one of the most attractive tourist destinations in the world. In fact, the city is the world’s most livable city. The city is a leading financial center in the Asia-Pacific region and ranks among the top fifteen cities in the entire world.

Melbourne is vital to the Australian culture; it is the birthplace of Australian Impressionism, Australian rules football, Australian film and television industries and Australian contemporary dance. Apart from its importance to Australian culture, it is a major center of street art, music, and theatre. The city is recognized as a UNESCO City of Literature.

The city is also home to several fascinating cultural institutions which makes it attractive to tourists; the National Gallery of Victoria, State Library of Victoria, and Melbourne Cricket Ground.

The city’s Royal Exhibition Building is a UNESCO World Heritage Site and an important tourist destination in Australia. 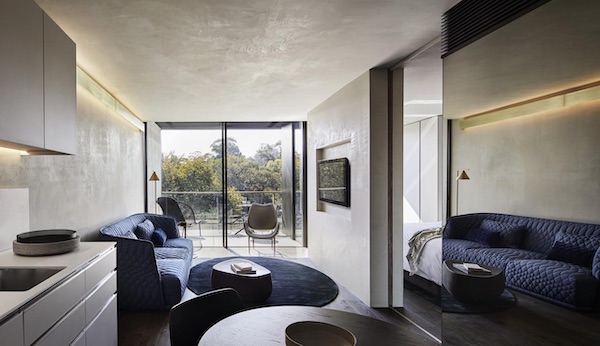 “Of the 12 smart yet understated rooms, those in moss-green tones have views of the gardens; the others, in shades of dusky pink, overlook the neighborhood. Every detail here is carefully considered and in line with the taste level expected in this style-driven city.” 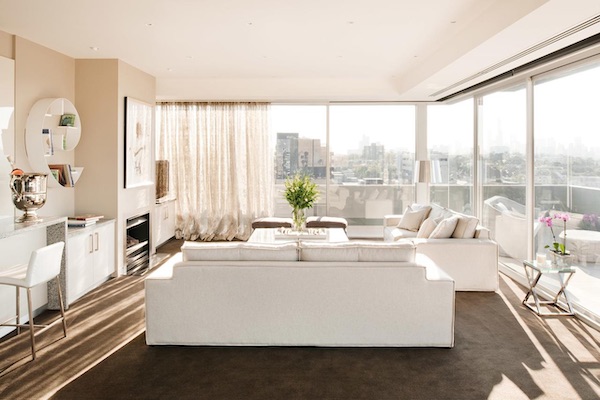 “The Olsen Hotel, a 224-room property in South Yarra, is dedicated to the 91-year-old landscape artist, John Olsen, one of Australia’s most accomplished painters, with his works scattered throughout.”
Featured in New York Times’ 36 Hours in Melbourne. 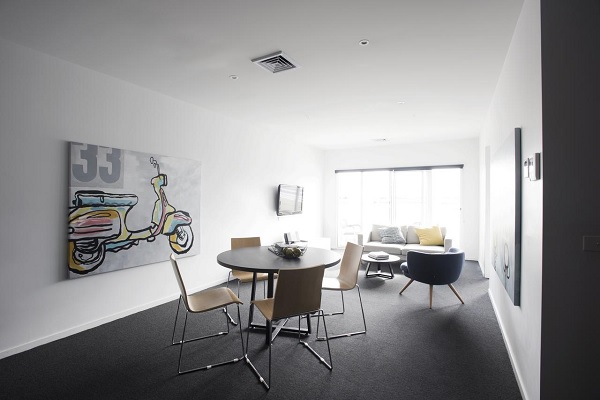 “These spacious, self-contained modern apartments have a certain Fitzroy-celeb vibe. Big couches, flat-screen TVs, European laundries and balconies add to the appeal, and plenty of restaurants and bars are right at your door.” 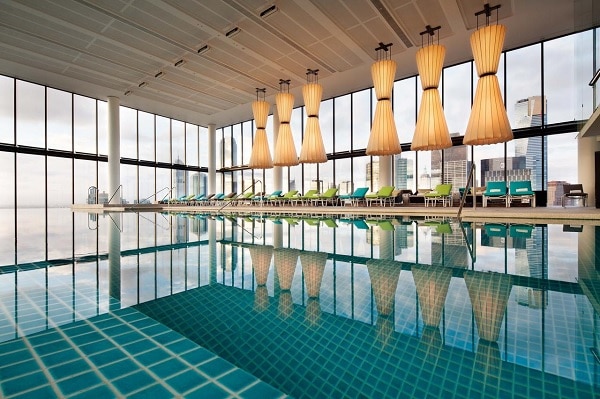 “The Crown Metropol Melbourne, situated in a gleaming tower, has 658 luxurious rooms and sweeping views from the 27th-floor infinity pool.” 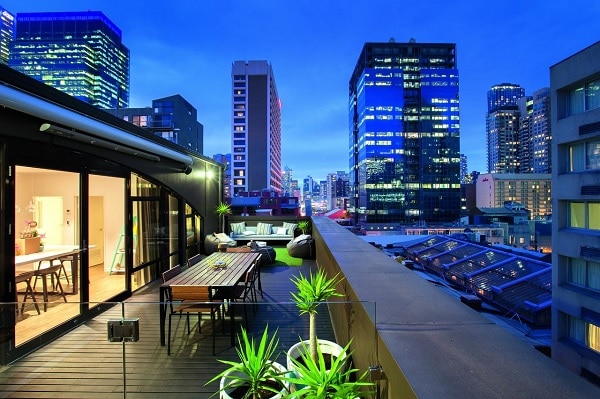 “The Ovolo Hotel is a boutique hotel with 43 rooms and suites in an ideal city-center location. Studios come with Wi-Fi, a daily happy hour and to-go breakfasts.” 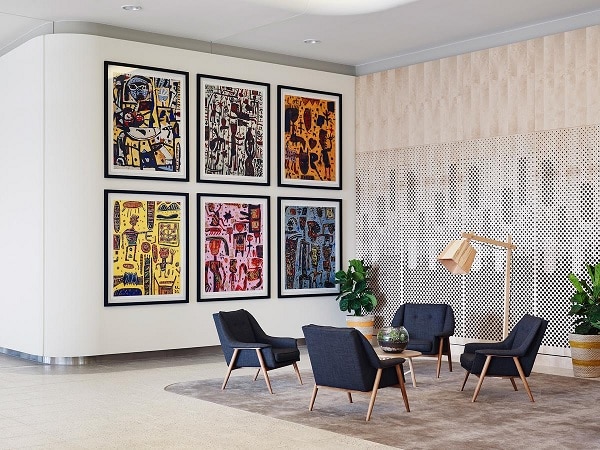 “Creative, wellness-minded travelers who want to be slightly removed from the thrum of Melbourne’s city center (but not deep in suburbia) will love the Larwill for its artsy ambience, gallery-like lobby and hallways and accessible location.” 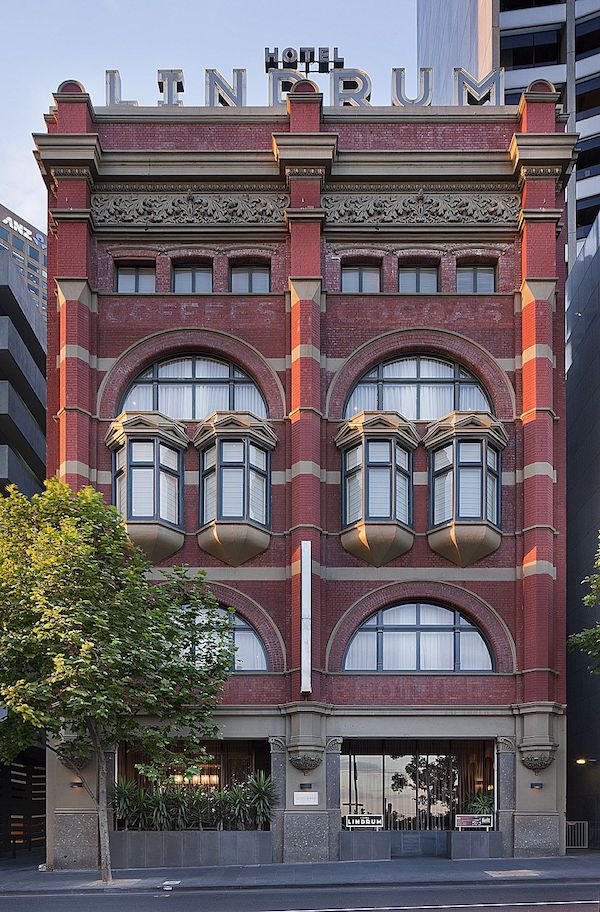 “Set right next to Fitzroy Gardens and opposite St. Patrick’s Cathedral, this is one of Melbourne’s most elegant hotels. Warm colors, rich wood paneling, and art deco–style furnishings adorn the rooms.”

Featured as Fodor’s Choice in Melbourne. 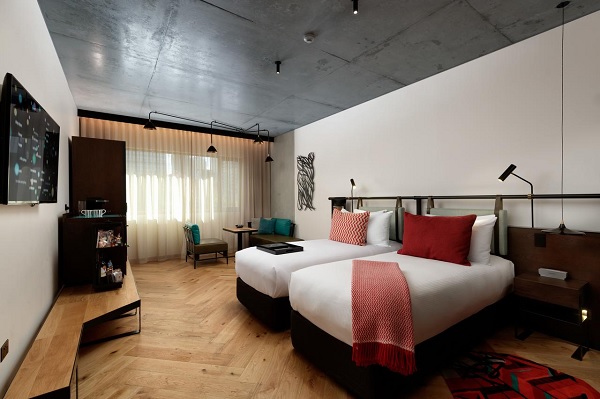 “Rough concrete surfaces, brass trim, lifts with tapestry light boxes that play house music and say random stuff in a Russian accent: this is one of Melbourne’s newest, quirkiest and best boutique hotels.” 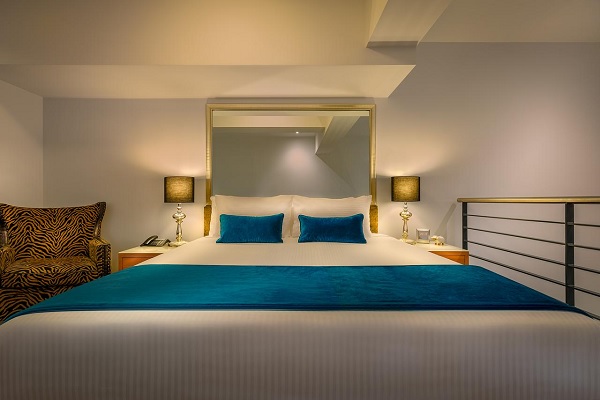 “This imposing stone neoclassical building (1876) once housed a branch of the Bank of Australia. The apartments are modern and restrained, not to mention chic and spacious.”

Carlton
Carlton is a central suburban neighborhood, known as ‘Little Italy’, and is popular with young professionals and university students. The area is home to famous landmarks such as Lygon Street, Melbourne Museum, the Royal Exhibition Building and Carlton Gardens.

Coburg
Coburg is a former industrial suburb neighborhood that was an full of European migrants and it is now becoming a great place for young professionals. It is has to Victorian and Edwardian buildings and structures near the popular pub The Post Office Hotel, The Glass Den café and the Merri Creek parkland.

Docklands
Docklands is a rather new suburban neighborhood that has waterfront apartments with high amenities and is popular among professionals in the city. The neighborhood has many cafés, shops and restaurants and is a magnet for tourists.

Williamstown
Williamstown is a seaside suburban neighborhood located nine kilometres south-west of Melbourne. It is a great place for the locals and tourists who intend to stay in a suburb, away from the hustle and bustle of city life, yet travel easily in and out of Melbourne. The area has several detached houses and private residences that makes it attractive for young professionals.
Which Melbourne hotel offers a great rooftop bar?
Looking for a great view while having a drink? Hotel QT, it has an excellent rooftop bar with views of Melbourne.
Which Melbourne hotel serves great breakfast?
Try Hotel Treasury on Collins if you're looking for a delicious breakfast at a hotel in Melbourne. The hotel has excellent customer review ratings for breakfast.
How much does it cost to stay in a Melbourne hotel?
For a 3-star hotel you have to pay around $65 per night and for a 4-star hotel you would be looking at $120 per night. If you're after a luxury 5-star Melbourne hotel then you can expect to pay around $210 per night.
Which Melbourne hotels are the best for families?
If you're looking to stay in Melbourne with your family, then try Hotel Lindrum. The hotel has excellent review ratings by families.
Which Melbourne hotel is the best for couples?
Try Hotel QT if you're looking for a romantic getaway in Melbourne, it has some excellent recent customer reviews by couples.
We use cookies on this website to analyse your use of our products and services, provide content from third parties and assist with our marketing efforts. Learn more about our use of cookies and available controls: cookie policy. Please be aware that your experience may be disrupted until you accept cookies.