This is a list showing the best hotels, hostels, B&Bs and guesthouses in Madrid as recommended by the most popular travel experts around the world from CNN, Lonely Planet, Fodor’s, New York Times and more. All hotel recommendations have been referenced with customer reviews. The ratings you see here combine reviews from several platforms, and it’s always higher than 4 out of 5 stars.

Madrid is the capital of Spain and also the largest municipality in the whole country. The city is the third-largest city in the European Union where it lies ideally on the River Manzanares. The city is the political, cultural and economic center of the country making it one of the most important cities in the country.

The city of Madrid is a major global city as a result of its influence and contribution to politics, education, culture, science and arts, entertainment, fashion and media. As a result of the city’s high standard of living and economic output, the city is sometimes considered the financial center of Southern Europe.

Madrid is the home of some numerous international organization’s headquarters making it a hugely popular destination for investment and conferences. The city also hosts numerous major international regulators and promoters of the Spanish Language.

The preservation of the look and feel of many of its historic neighborhoods contribute to Madrid being a top tourist destination. Some of the city landmarks include the Royal Palace of Madrid, Royal Theatre, and the Buen Retiro Park. Other popular places of interest in Madrid include the Paseo del Prado and Prado Museum. 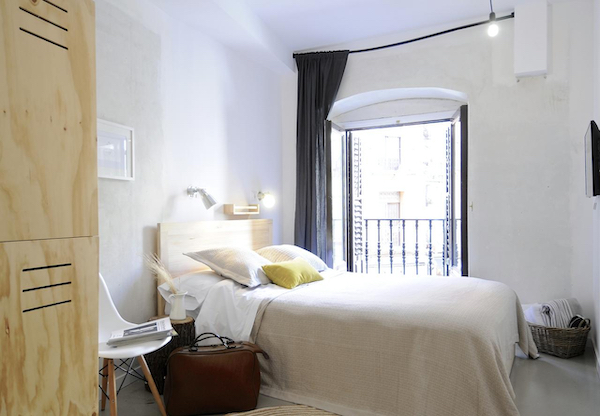 “The Hat hikes up the standard of Madrid hostels with the style of a boutique hotel and lots of good ideas for a comfortable, fun stay without paying silly prices. Sights, shops and restaurants are on the doorstep and there is a groovy bar up on the roof. Unsurprisingly, it attracts all ages.” 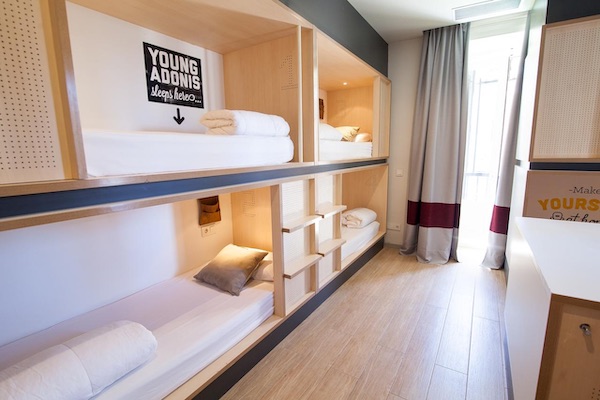 “If you want to stay somewhere comfortable, fun and reasonably priced in the centre of Madrid, this new-style hostel might fit the bill. With double and family rooms as well as dorms, smart contemporary design and a handsome traditional building, the TOC is a refreshingly modern place to stay.” 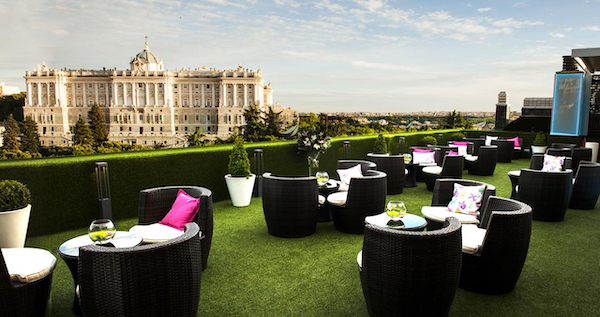 “Modern, spacious studios and suites are only half the story at this terrific property just down the hill from Plaza de España. Definitely pay extra for a room with a view over the lovely Jardines de Sabatini – simply brilliant.” 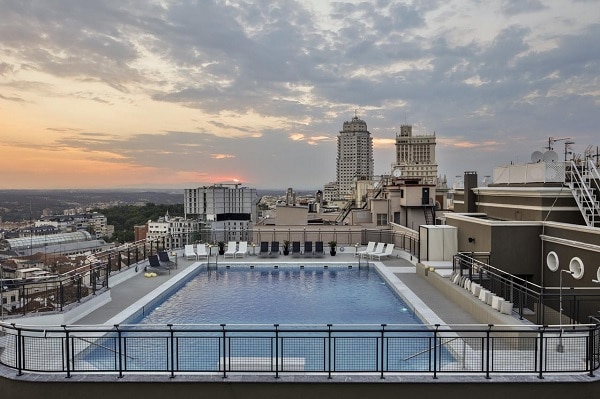 “The chief recommendation at The Emperador, certainly in the summer, would be the roof-top swimming pool. There’s a bar up there, too, and captivating 360-degree views of the Spanish capital.” 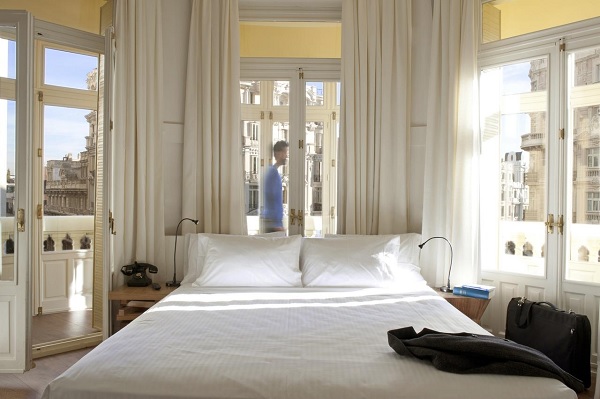 “You’d be hard-pressed to find better value anywhere in Europe than here in this overhauled hotel. Rooms have a fresh, contemporary look with white wood furnishings, and some have brilliant views down to Gran Vía.” 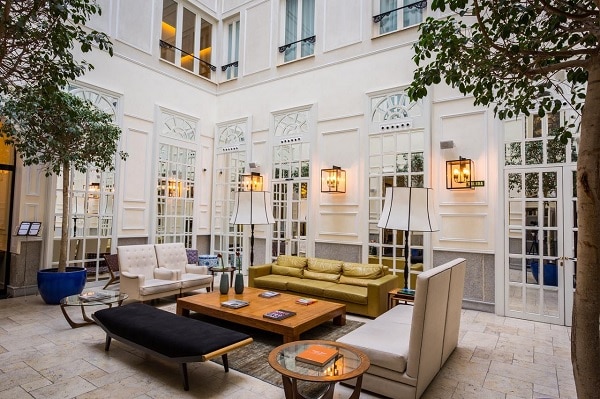 Only You Boutique Hotel, Madrid

“Since opening in the fall of 2013, the Only You Hotel has quickly made a name for itself among design-conscious travelers and locals who frequent the lively bar. Besides the bar and restaurant there is a gorgeous sun-lit lobby atrium downstairs and 70 rooms upstairs with plush midnight blue velvet wall coverings and crisp white lacquered furnishings.” 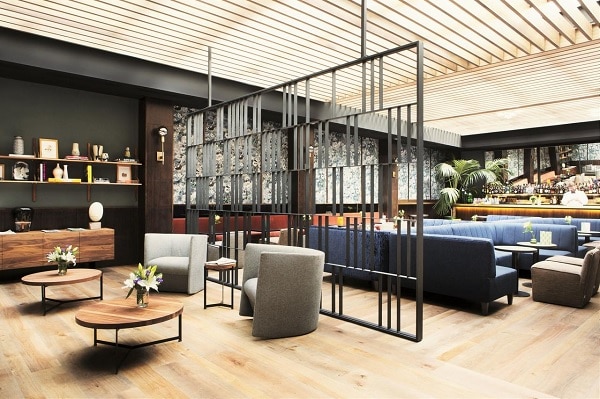 “Since moving into tony Salamanca at the end of last year, Tótem has quickly become one of Madrid’s most coveted accommodations. Its 1920s-inspired décor features potted palms, blue velvet sofas and a Mediterranean restaurant inspired by F. Scott Fitzgerald’s ‘The Beautiful and Damned.’” 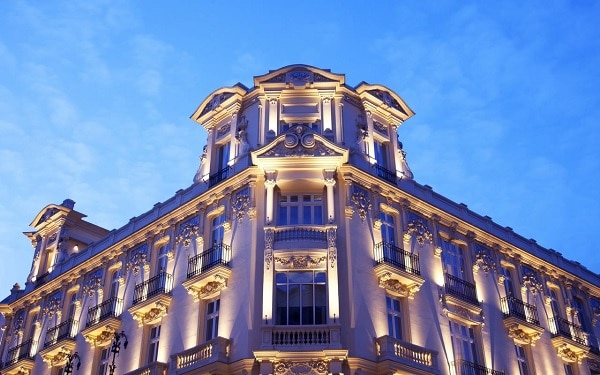 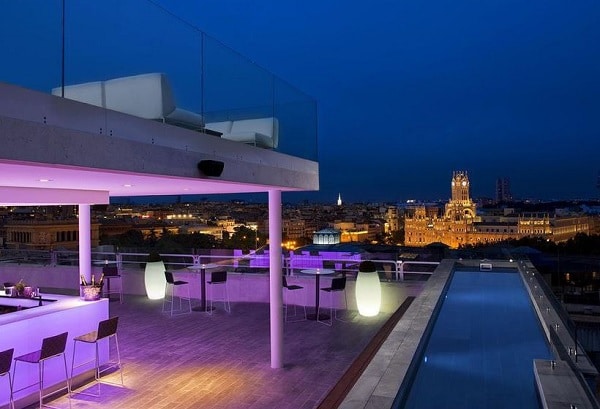 “After being shuttered for years the Hotel Suecia reopened in January 2014 as the Innside Madrid Suecia, a new concept hotel by the Spanish Melía chain for on-the-go travelers. The décor features blond woods and nubby fabrics; the building was once home to both the Swedish Cultural Institute and Ernest Hemingway. It has 127 rooms, an all-day restaurant and a fabulous roof terrace just one tranquil block away from the Paseo del Prado.” 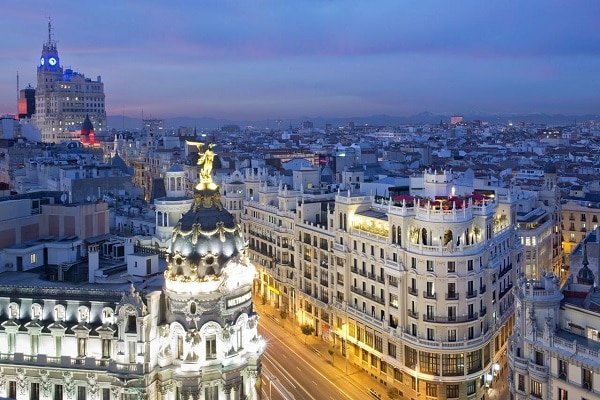 “Combining comfort and style in the rooms with a prime address for business, culture and night life, the Principal has a lot going for it. For guests who like rubbing shoulders with a steady stream of Madrid’s creative class, just head up to the roof.”

“Many city hostels occupy top spots, have a strong design ethos and offer more services than five-star hotels – all for a fraction of the price. Among the best of the best: Room 007 in the Chueca, Sol and Ventura neighbourhoods of Madrid.” “An elegant and ingeniously converted palace, Hotel Catalonia Las Cortes was once the residence of the Duke of Nobelejas. In some of the suites, guests will gaze up at frescoed ceilings.” “The Orfila is a converted 19th-century palace. Close enough to the Castellana to feel the pulse of the city’s main artery, set back enough to sleep quietly and stroll along sedate side streets.” 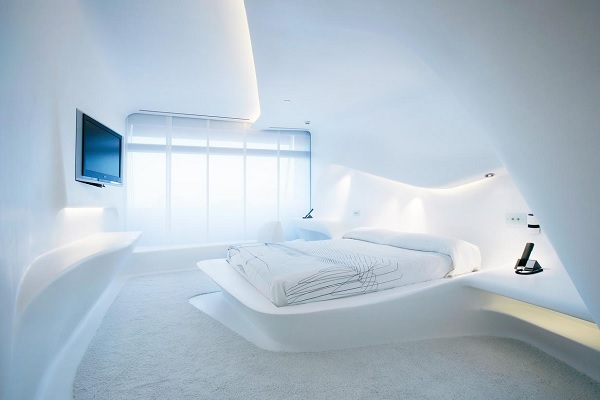 “Give 22 of architecture’s most creative names (eg Zaha Hadid, Norman Foster, Ron Arad, David Chipperfield, Jean Nouvel) a floor each to design. The result is an extravagant pastiche of styles.” 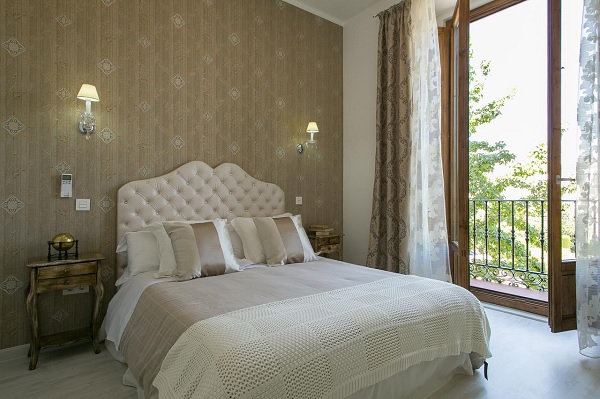 “Now here’s something special. The views alone would be reason enough to come to this hotel and definitely worth paying extra for – rooms with balconies look out over the Palacio Real and Plaza de Oriente.”

Barrio de las Letras
Barrio de las Letras has been the city’s literary neighborhood for centuries and is now the home to many shops, restaurants and cool bars. It has a Plaza Santa Ana that is a busy centre during the day and is a great place to sit and observe the culture and the people of the city.

Chueca
Chueca is one of the most vibrant and stylish neighborhoods of the city. The area is home to a host of shops, cafés, clubs, restaurants and cocktail bars, and is the centre of Madrid Pride that takes place at the end of June each year.

Malasaña
Malasaña is the neighborhood that was the centre of Movida Madrileña – a countercultural movement developed after dictator Francisco Franco died. The area is located just west of Chueca and is the hippest neighborhood of the city. It is filled with restaurants, bars, boutiques, vintage shops and nightclubs.

Las Salesas
Las Salesas is a neighborhood with restaurants, tempting cafés and designer boutiques that makes it a perfect place for a leisurely weekend.

Lavapiés
Lavapiés is one of the most multicultural neighborhoods of the city with hip cafés, bars, cool street art and international cuisine. The area is an ideal place to check out local artists and take a street-art tour.
Which Madrid hotel offers a great rooftop bar or rooftop restaurant?
Looking for a great view while having your dinner or drinking a beer? Hotel NH Collection Innside Suecia or Hotel Praktik Metropol, both have excellent rooftop bars.
How much does it cost to stay in a Madrid hotel?
For a 3-star hotel you have to pay around $120 per night and for a 4-star hotel you would be looking at $170 per night. If you're after a luxury 5-star Madrid hotel then you can expect to pay around $270 per night.
We use cookies on this website to analyse your use of our products and services, provide content from third parties and assist with our marketing efforts. Learn more about our use of cookies and available controls: cookie policy. Please be aware that your experience may be disrupted until you accept cookies.