This is a list showing the best hotels, hostels, B&Bs and guesthouses in London as recommended by the most popular travel experts around the world from CNN, Lonely Planet, Fodor’s, New York Times and more. All hotel recommendations have been referenced with customer reviews. The ratings you see here combine reviews from several platforms, and it’s always higher than 4 out of 5 stars.

London is a leading global city in several human endeavors such as arts, commerce, entertainment, education, fashion, finance, healthcare, media and professional services. London also ranks as a leading city in research and tourism making it a popular tourist destination. London is the world’s largest financial center and is often regarded as the world cultural capital.
London is sometimes regarded as the world most visited by measuring the international arrivals and holds the world’s largest city airport system when measuring passenger traffic. London is a top investment destination which makes the city open to further growth and development.

London universities form the largest concentration of higher education institutions in all of Europe with some of the universities regarded as some of the best in the world. London is the first city to host the Summer Olympic Games three times. 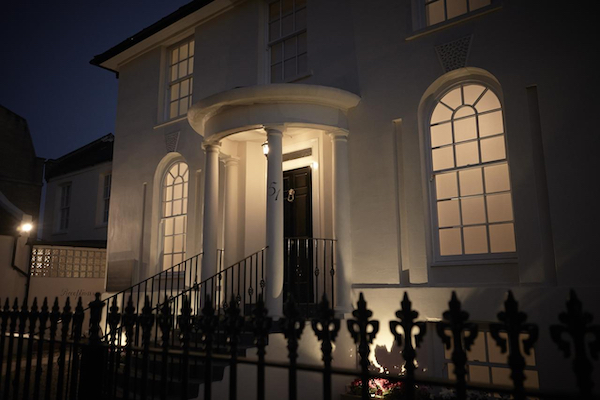 “Having survived being bombed in the Second World War, this 300-year-old restored Georgian Regency villa and coach house is now an award-winning modern boutique hostel in East London. With comfortable beds and an abundance of thoughtful extras, it’s considered among the best of its kind in the country.” 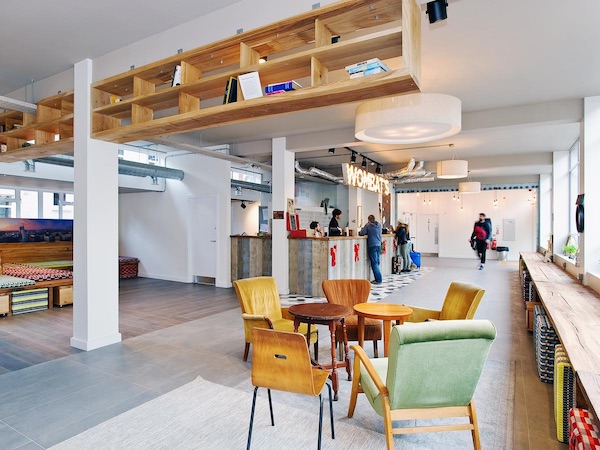 “Stylish décor and spacious rooms in London’s East End make this a great option for those looking to capture the capital via their Instagram feed, while still keeping to an affordable budget.” 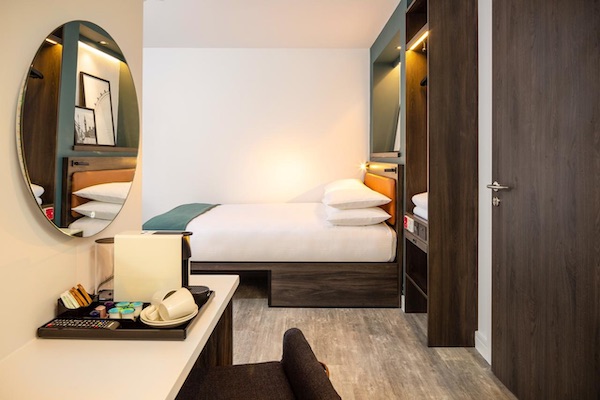 “This 161-room hotel with stylish cafe-bar is a great base from which to explore central London, the entertainment hub of Shoreditch and newly buzzing Bethnal Green itself, with contemporary restaurants and more cocktail bars than you could shake a swizzle stick at.”

Featured in The Guardian’s 50 Best Hotels and B&Bs in The UK. 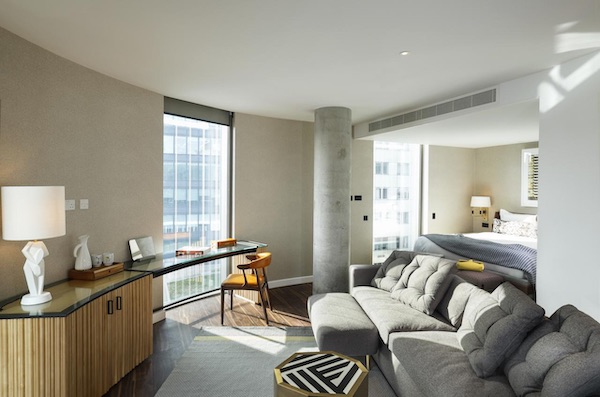 “Despite a profanity of high-rises gobbling up the sight lines, the Bankside Hotel is appealingly succinct at just six stories behind Blackfriars Bridge, angled to catch the light. It’s been curated by Dayna Lee, the film-set designer for Dances With Wolves.” 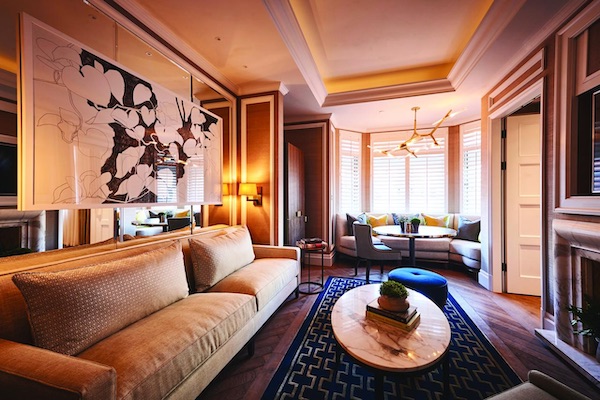 “Following Belmond’s four-year renovation of the five adjoining Queen Anne townhouses—one the old home of socialite Lillie Langtry—now the vibe is understated, marbled elegance but with Saatchi-worthy art and a crystal-encrusted peacock.” “Built in 1718 and comprising four original Georgian houses, this Soho gem was the one-time home of essayist William Hazlitt. The 30 guest rooms have been furnished with original antiques from the appropriate era and boast a profusion of seductive details.” 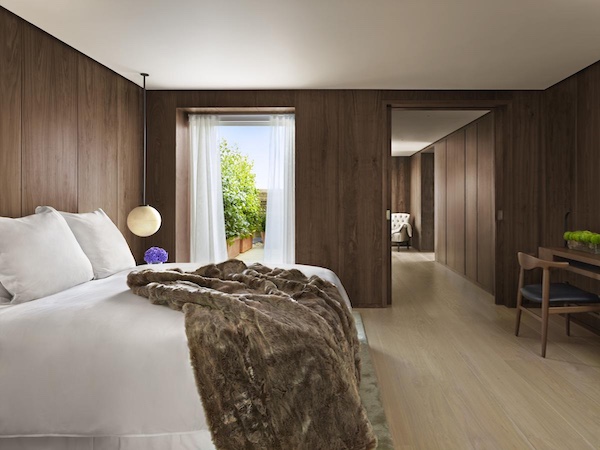 “Step through the glass cube entryway and into the soaring marble lobby with its frothy belle epoque ceilings. Don’t let the scenesters in the lobby put you off. The friendly, unpretentious service and beautiful public spaces make for a standout stay.” “For riverside luxury, try the InterContinental London – The O2, which opened in Greenwich in 2015.” 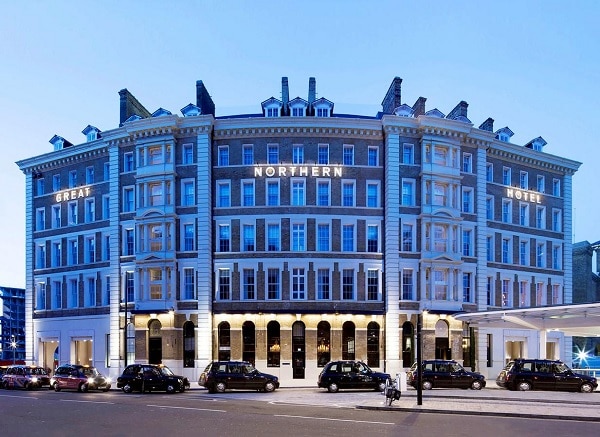 “With an air of history and quick access to the Underground, this stylish hotel provides a great base for exploring London. The theme of rail travel is present in the hotel’s stylish décor: ‘Do not disturb’ signs bear antique illustrations of railway signals, and ‘Couchette’ rooms, with built-in beds, take their design cues from sleeper cars.” “With its fine style, comfort and friendly staff, the Laslett fills a gap in a neighborhood with surprisingly few boutique hotels.” 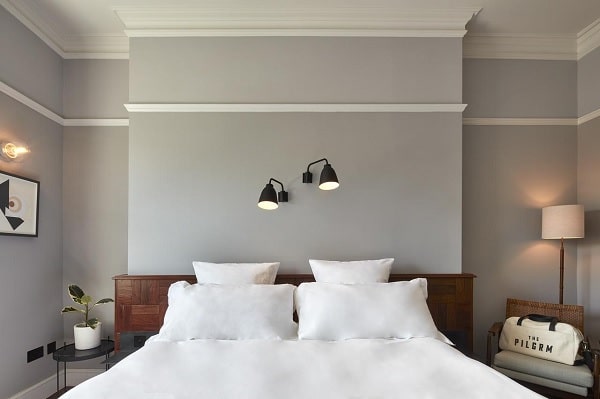 “Space may be at a premium in The Pilgrm hotel, but beautiful reclaimed fixtures and tempting food more than make up for the lack of elbow room. Cocktails, comfort, great cuisine… not things a true pilgrim would expect, but I can imagine food, style and bargain lovers everywhere being happy to make a pilgrmage.” 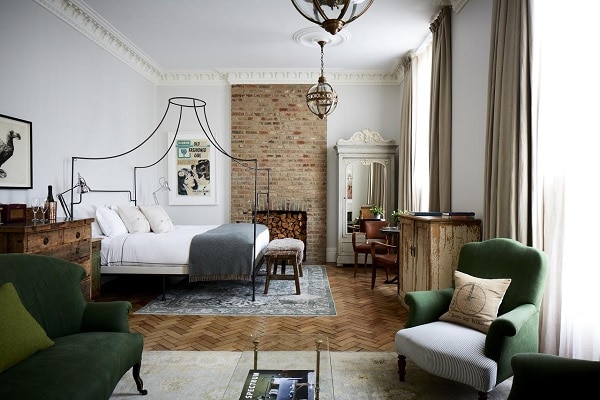 “An intimate boutique hotel in the true sense of the word — small, and loaded with charm and whimsy — with the added benefit of such cheery, personable staff that I watched one guest give a concierge member a hug upon checkout.” 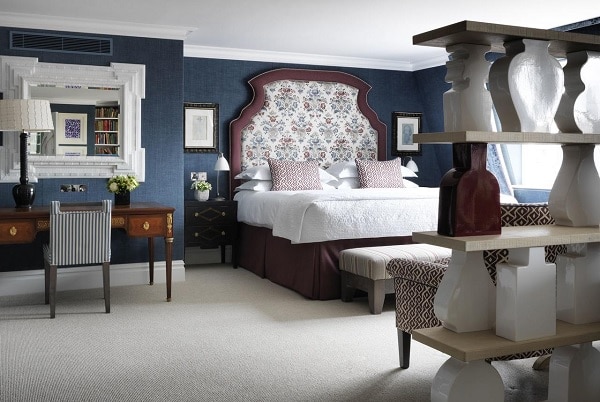 “A beautiful boutique property in the heart of Central London, the Charlotte Street Hotel is all literary nods and artistic winks. Located on a relatively quiet side street in Fitzrovia, the hotel is a classy establishment that will appeal to the style maven.”

Featured as Fodor’s Choice in London. 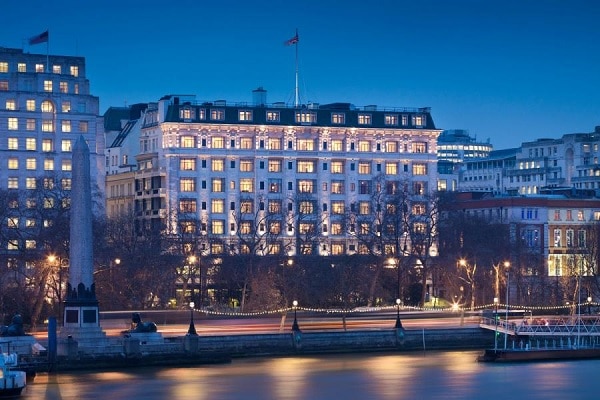 “Perfectly located for the shops of Covent Garden and the cinemas of Leicester Square, The Savoy was Marilyn Monroe’s London hotel of choice and, if you can stretch to the £400-plus nightly fee, it can to become yours.” “This smart budget option could not be better located, bang in the middle of the capital’s most buzzing nightlife area. The Hoxton has been a big hit since it opened in 2006, not least for its famed £1 rooms, which it sells throughout the year.” “Located in a quiet area a short distance from the Barbican, St. Paul’s, Holborn and the City, the Rookery is characterized by open fires, Georgian detailing, wonky floors and bulging bookshelves.” “The Arosfa Hotel is a reasonably priced townhouse hotel was once the Bloomsbury home of artist John Everett Millais. It’s close to Euston Station, the British Museum and the shops of Oxford Street.”

“A hip, design-led boutique hotel, South Place impresses at every turn. From the art-filled lobby and espionage-inspired theme to the Michelin-starred seafood restaurant and 80 beautifully laid-out rooms – every detail has been carefully considered.” “Downstairs it looks like a rich hipster’s living room, with well-stocked bookshelves, kooky art, Beefeater knick-knacks and lots of work space. Rooms are compact but well-designed.” “Dreamed up by Soho House founder Nick Jones, The Ned has nine restaurants, 15 bars, a spa, two pools and a members’ club. The imposing hulk of a building used to be the headquarters of the Midland Bank.” “In the heart of the West End, with nightlife literally on your doorstep, this is a great first-time stay. Is it a bar or a hotel? The discreet entrance right in the middle of rather hotel-less Covent Garden makes you do a double take.” “The Bloomsbury is bringing the Grand Dame back to London. Even if you are not staying there, you have to make time for a cocktail or two at its fabulously designed Coral Room. But the location, in central-west London, walking distance to major sites and train lines that can get you anywhere in town, is unbeatable in this city.” “The Firmdale Hotels group mostly operates boldfaced-name hotels in the West End—the kinds of places where scenesters swill designer gin and fashion magazines shoot. Here, though, husband/wife designers/owners Tim and Kit Kemp create one of the loveliest B&B experiences in the city.” “A grand dame London hotel with a history as rich as many of its guests, Claridge’s justifies its high rates with exceptional standards of luxury and service.”

Featured as Fodor’s Choice in London.

What are the best neighborhoods to stay in London?
London is a 21st-century city with history stretching back to Roman times. It is the capital city of England and the United Kingdom and the city housing Buckingham Palace, Westminster Abbey, Houses of Parliament, ‘Big Ben’ clock tower, and the London Eye. Some of the major neighborhoods in London are:

Mayfair
London's West End is the most affluent and richest area in Central London, full of five-star hotels, desinger shops and the posh restaurants.

Shoreditch
London's East End is the hipster part of Central London, full of coffee shops, cool bars, markets and vintage shops. It's also home to the start-up scene, most of them are around Old Street.

Southwark
Sat on the south bank of the river Thames, this area is home to the famous Tate Modern and Shakespeare's Globe Theatre. You can also find The Shard, the tallest building in the city, and Borough Market here.

Dalston
Dalston is a neighborhood that is home to pop-up supper clubs, community gardens, literary cafés, and many more establishments.

Peckham
Peckham is among the coolest neighborhoods in South London that has numerous stylish cafes, indie-stores, a rooftop bar, and gives the feeling of a community.

Stoke Newington
Stoke Newington is a neighborhood that is known for underground cocktails bars, posh pizza parlors, indie boozers, charity-shops, among others. The neighborhood does not have any overground or tube links and is a greater version of Dalston.

King’s Cross
King’s Cross was a neighborhood infamous for its all-night raves, now it is the center of cafés and galleries as well as multinational headquarters of Google and The Guardian.

Kensal Rise
Kensal Rise is a neighborhood that is located between Queen’s Park and Ladbroke Grove. The neighborhood has many bars such as Paradise by Kensal Green.

Hackney Wick
Hackney Wick is one of the coolest neighborhoods in London and is the home to many restaurants, club spaces, art galleries, and craft breweries. The area has a growing collection of warehouses.

Walthamstow
Walthamstow is a stylish and creative neighborhood with an artsy and bohemian feel that hosts several arts festivals and has a thriving community for new artists.
How much does it cost to stay in a London hotel?
For a 3-star hotel you have to pay around $140 per night and for a 4-star hotel you would be looking at $210 per night. If you're after a luxury 5-star London hotel then you can expect to pay around $370 per night.
Which London hotel serves great breakfast?
Try Charlotte Street Hotel, The Arosfa Hotel or The Laslett Hotel if you're looking for a delicious breakfast at a hotel in London. They all have excellent customer review ratings for breakfast.
Which London hotel offers great views?
If you're looking for a room with a view, then try the Hotel Intercontinental The O2 or citizenM Hotel Tower of London. Both offer amazing views of London according to recent customer reviews.
Which London hotel offers a great rooftop bar or rooftop restaurant?
Looking for a great view while having your dinner or drinking a beer? The Ned Hotel has one of the best rooftop bar in London.
Which London hotel is the best for couples?
Try Hotel Intercontinental The O2, it has some excellent recent customer reviews by couples.
Which London hotels are the best for families?
If you're looking to stay in London with your family, then try Charlotte Street Hotel. The hotel has excellent review ratings by families.
We use cookies on this website to analyse your use of our products and services, provide content from third parties and assist with our marketing efforts. Learn more about our use of cookies and available controls: cookie policy. Please be aware that your experience may be disrupted until you accept cookies.