This is a list showing the best hotels, hostels, B&Bs and guesthouses in Lisbon as recommended by the most popular travel experts around the world from CNN, Lonely Planet, Fodor’s, New York Times and more. All hotel recommendations have been referenced with customer reviews. The ratings you see here are aggregated from several platforms and they’re always higher than 4 out of 5 stars.

Lisbon is the largest city in Portugal and also serves as the capital of the country. Lisbon holds the distinction of being Europe’s westernmost capital city and also the only one along the Atlantic Coast. The city is regarded as an alpha-level global city due to its level of importance in finance, commerce, media, entertainment, education, tourism and international trade. It is one of the two Portuguese recognized as a global city.

Lisbon is not just a major economic center in Portugal but also Europe; it has a growing financial sector and houses one of the largest container ports on Europe’s Atlantic Coast. The city of Lisbon is the 9th most visited city in Southern Europe seeing millions of tourists yearly.

A number of headquarters of multinational corporations are located in Lisbon making it attractive to investors. The city is the political center of Portugal and the residence of the Head of State.

Several exciting and fascinating landmarks are located in Lisbon such as the Praca do Comercio, Padrao dos Descobrimentos and Torre de Belem. Other landmarks such as Se de Lisboa and Parque das Nacoes are also situated in the city. 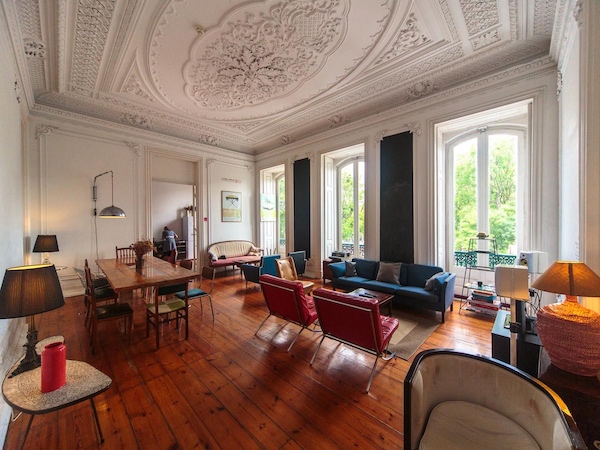 “As if dropped from heaven on one of Lisbon’s most beautiful spots, the stylishly breezy Independente Hostel & Suites is housed behind a 19th-century façade facing the Miradouro de São Pedro de Alcântara, a belvedere with views across the city to the Castle of St. George, offering a luxury location at a budget price.” 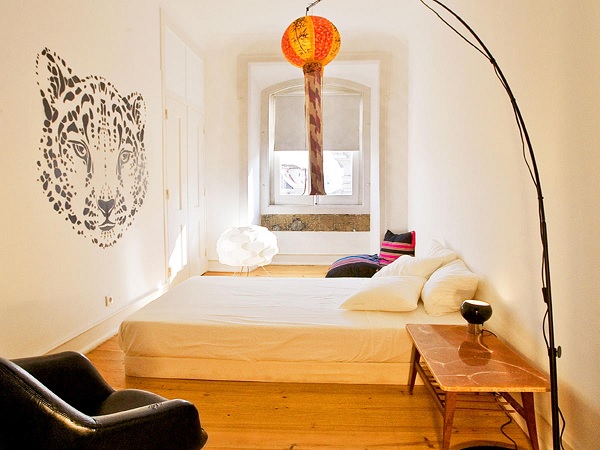 “This fashionable, unsigned backpacker favourite near Santa Catarina features original frescoes, azulejos and hardwood floors – all lovingly restored by friendly Portuguese owners. The bright, spacious dorms and a brick-vaulted kitchen are easy on the eyes.” 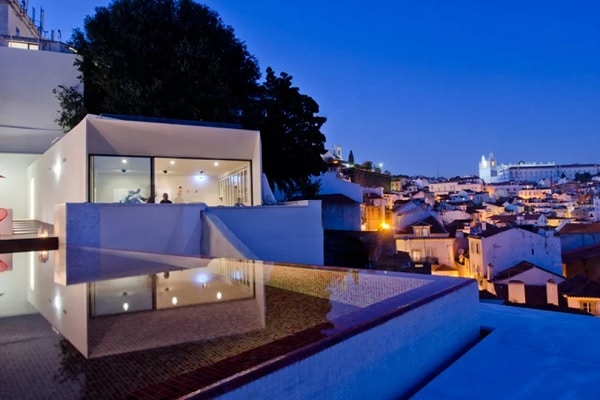 “Billing itself as the first boutique hotel in the historical Alfama neighborhood, the 42-room Memmo Alfama has a rooftop mosaic infinity pool and wine bar that both feature views over the neighborhood and the Tagus River beyond.” 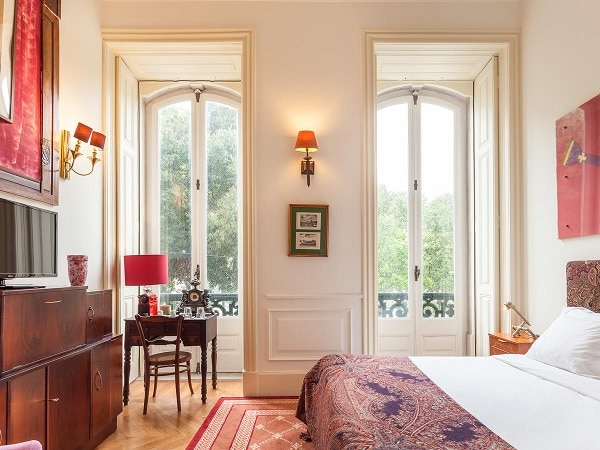 “After the success of the Independente Hostel & Suites — a stylish boutique hostel and hip bar — the same group has transformed the neighboring townhouse into the Independente Suites & Terrace. The 18 suites are decorated with vintage finds, while the rooftop restaurant offers unusual, inventive neo-Portuguese and global cuisine.” 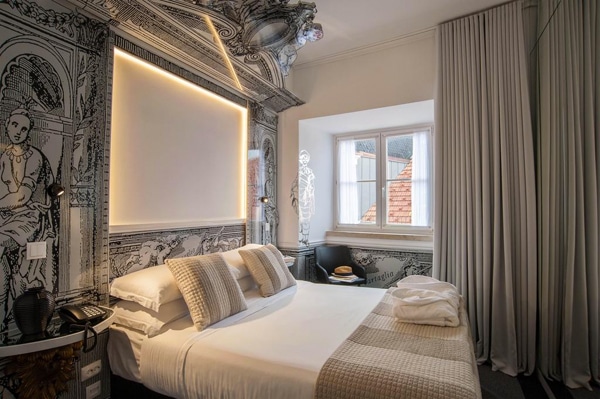 “If you can forgo massage treatments, fitness sessions and a hotel restaurant, then the Teatro is a fine choice thanks to its top-notch Chiado location, reasonable prices, and winning repertory of style, coziness and service.” 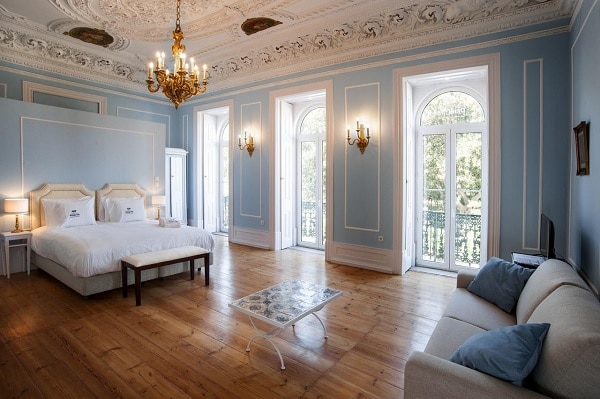 “Some guests check into this B&B and stay for months. No surprise: the nine rooms are palatial, with floor-to-ceiling windows and period features, but sweetly homely. And its location, in well-to-do Principe Real, is central but tranquil.” 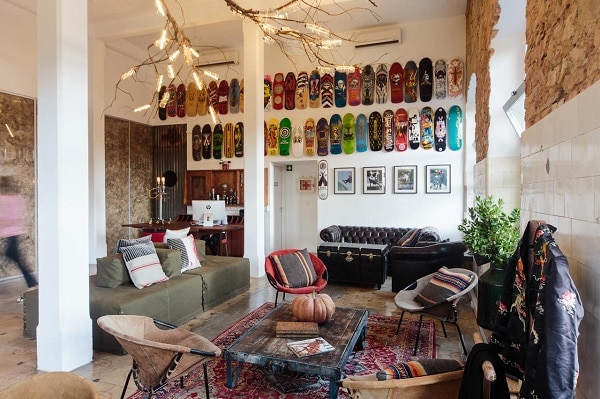 “Much skill, style, charm and attention to detail is required to make people see cubby holes as desirable overnight accommodation, so hats off to The Dorm. All 28 cubbies have thick mattresses, white duvets plus hooks, lockers, useful lighting, and curtains for privacy.” 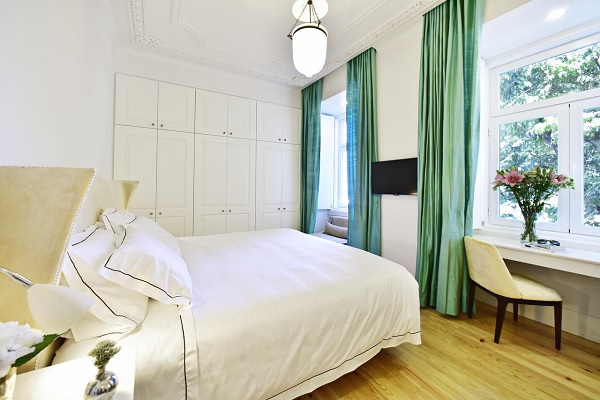 “In 2015, Dutch hospitality dreamer Heleen Uitenbroek turned a ruined 15th-century palace into Lisbon’s latest luxury sleeps at this 19-room bastion of style. Airy and awash in light pinewoods and contemporary art, her exquisite attention to detail is everywhere.”

“Nestled beside Castelo de São Jorge, this 15th-century palace, turns on the VIP treatment with its nine suites, named after Portuguese luminaries and lavishly adorned with 18th-century azulejos, silks, marble and antiques.” “This is an upscale property that opened in 2017 near the lively Cais do Sodré district, with welcoming staff, a convenient location, an on-site restaurant and 77 plush, neutral-hued rooms.” 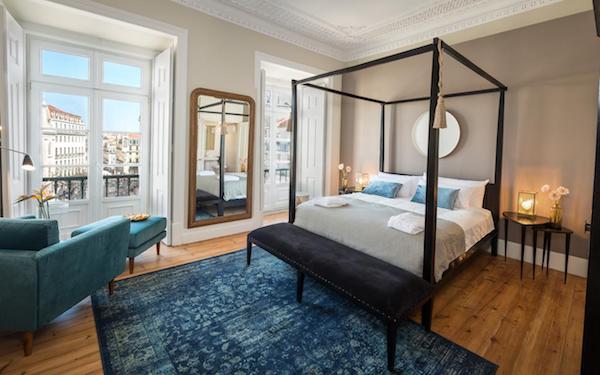 “Opened in 2017 in a historic building formerly occupied by the consulate of Brazil, Le Consulat is a sophisticated hotel with eight spacious suites decorated with artworks culled from top Lisbon galleries, and views across the lovely Camões square in the central Chiado district.” 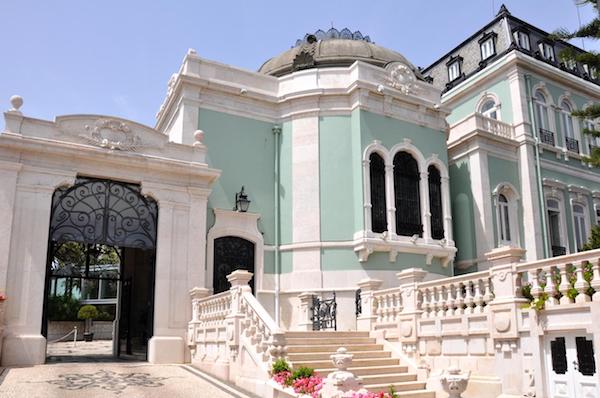 “Located mid-way between downtown and the historic Belém district, this is the height of five-star luxury, a Belle Époque palace built by a marquess who made his fortune importing chocolate from cocoa plantations on the equatorial island of São Tomé.” 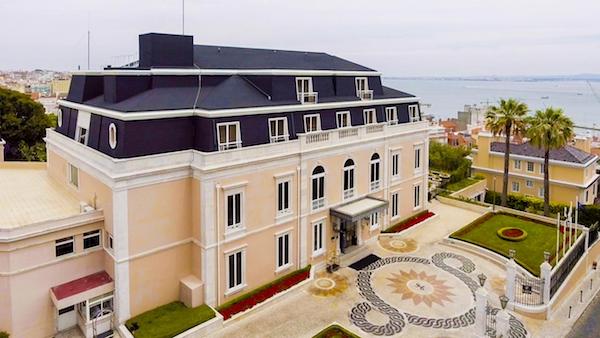 “The 109 rooms are all individually decorated in keeping with the building’s heritage, with themes ranging from rococo to Art Deco. The palace is located among the embassies and mansions of the upscale Lapa district on a hillside with broad views across the city and the River Tagus.”

Alcântara
Alcântara is actually a municipality of the city, however, locals regard the neighborhood it as a part of Lisbon. Located between Belém and downtown, the neighborhood is filled with offices, stores, bars and restaurants, and many more.

Alfama
Alfama is a charming neighborhood of the capital city that has narrow and windy medieval alleys. The neighborhood is known for its traditional meal accompanied by traditional fado music. It has landmarks such as Castelo de São Jorge and Portas do Sol.

Avenida da Liberdade
Avenida da Liberdade is a neighborhood that was built in the late 19th century and runs between Parque Eduardo in the north and Rossio train station in the south. The neighborhood is the home to several banks and hotels and renowned brands such as Armani and Burberry as well as the Hard Rock restaurant can be found here.

Bairro Alto
Bairro Alto is a hilly and windy neighborhood that is filled with a bohemian aura and bars, making it one of the hippest areas in the city. The neighborhood is also home to hotels, hostels, tattoo parlors, cafés, restaurants, and historical landmarks.

Mouraria
Mouraria is a neighborhood that stretches from Martim Moniz in the north towards Alfama in the south. The neighborhood is home to old homes and buildings that portray art and décor from the past.
How much does it cost to stay in a Lisbon hotel?
For a 3-star hotel you have to pay around $140 per night and for a 4-star hotel you would be looking at $180 per night. If you're after a luxury 5-star Lisbon hotel then you can expect to pay around $280 per night.
Which Lisbon hotel serves great breakfast?
Try Bed & Breakfast Le Consulat, Independente Suites & Terrace Hotel or Teatro Boutique B&B Chiado if you're looking for a delicious breakfast at a hotel in Lisbon. They all have excellent customer review ratings for breakfast.
Which Lisbon hotel offers great views?
If you're looking for a room with a view, then try the Memmo Alfama Hotel. It offers amazing views of Lisbon according to recent customer reviews.
Which Lisbon hotel offers a great rooftop bar or rooftop restaurant?
Looking for a great view while having your dinner or drinking a beer? Independente Suites & Terrace Hotel has one of the best rooftop restaurant in Lisbon.
We use cookies on this website to analyse your use of our products and services, provide content from third parties and assist with our marketing efforts. Learn more about our use of cookies and available controls: cookie policy. Please be aware that your experience may be disrupted until you accept cookies.