Below is a list showing the best hotels, hostels, B&Bs and guesthouses in Hong Kong as recommended by the most popular travel experts around the world from CNN, Lonely Planet, Fodor’s, New York Times and more. All hotel recommendations have been referenced with customer reviews. The ratings you can see given to these hotels are an aggregate from several platforms, and they’re always higher than 4 out of 5 stars.

Hong Kong is home to the most skyscrapers in the world creating a skyline that is unmatched anywhere else in the world. Victoria Harbour is the main attraction of the region, and it lies in the dense part of the city center. Hong Kong ranks well in certain indexes which make it even more attractive and appealing to people around the world. It has the seventh-highest life expectancy and a very high Human Development Index ranking.

One of the most attractive sectors of Hong Kong is its film-making industry. The film industry of Hong Kong has seen significant growth over the years and becoming more of a global phenomenon. Hong Kong welcomes tourists and visitors in general into its new wave of globalization.

If you like our list of best places to stay in Hong Kong, then you should also check out our selection of recommended hotels in Bali or best hotels in Kuala Lumpur. 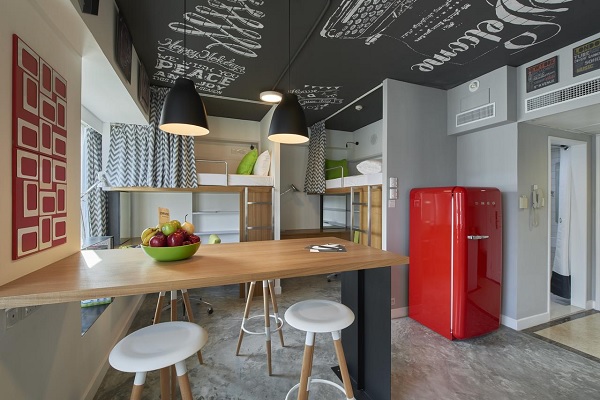 “Fabulous hostel for university students that also entertains backpackers whenever rooms are available, but especially during the summer months. The 48 rooms with four beds each feature nifty communal and study spaces, kitchenette and shower.” 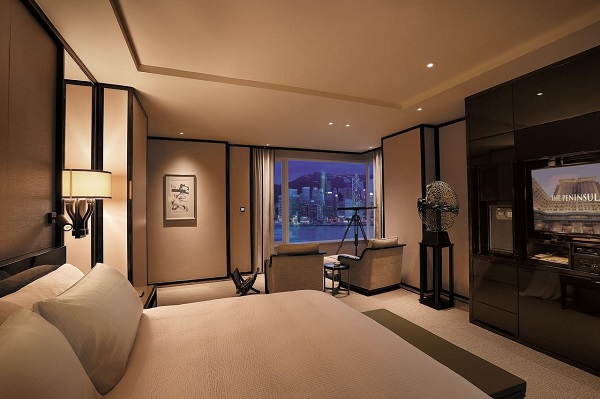 “Lording it over the southern tip of Kowloon, Hong Kong’s finest hotel exudes colonial elegance. Many rooms in the 20-storey annexe offer spectacular harbour views; in the original building you’ll have to make do with the glorious interiors.” 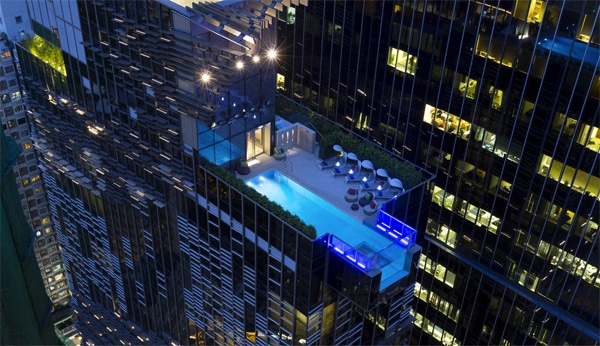 ”Conveniently located in Wan Chai, the 138-room Hotel Indigo has a bright, locally inspired décor—goldfish pillows, Chinese lanterns–along with a glass-bottom, rooftop pool cantilevered over the bustling sidewalks 29 floors below.” 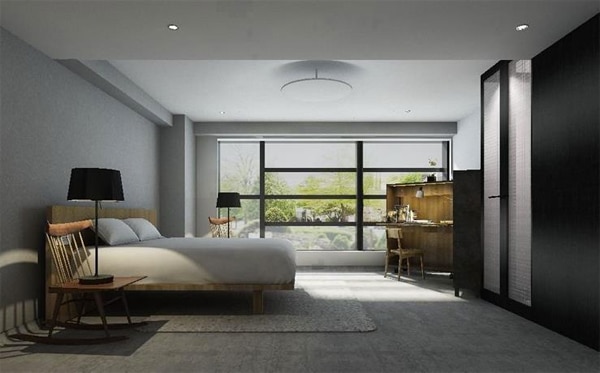 ”The 66-room Tuve Hotel is bringing boutique chic to the gentrifying neighborhood of Tin Hau. The design is minimalist, using gray-toned raw materials like concrete, marble, steel and glass, with unique touches like the desk-minibar-in-a-box combo unit to save space.” 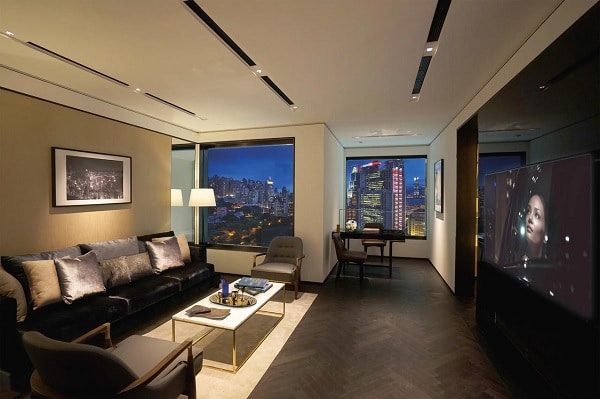 “Formerly home to Hong Kong government offices, the iconic 1969 white high-rise known as the Murray Building reopened in January 2018 as The Murray hotel. The British architectural firm Foster + Partners has undertaken its transformation to a 336-room hotel spanning 25 floors. Among five restaurants and lounges, the rooftop bar will overlook the city’s business district and Hong Kong Park.” 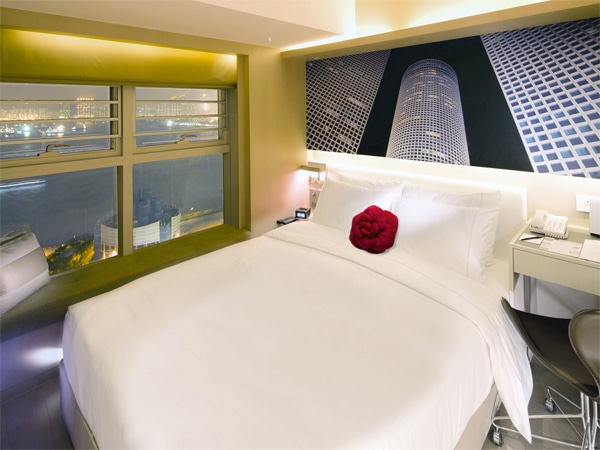 “Butterfly on Morrison, a minimalist boutique hotel, is close to, but comfortably just outside of, the frenzied hubbub of Hong Kong. Across from a row of little shops selling noodles, faucets, dustpans and produce in Hong Kong’s Causeway Bay neighborhood, it’s a gleaming tower of incongruity with a stark white lobby where neon lights bounce off its mirrored walls.” 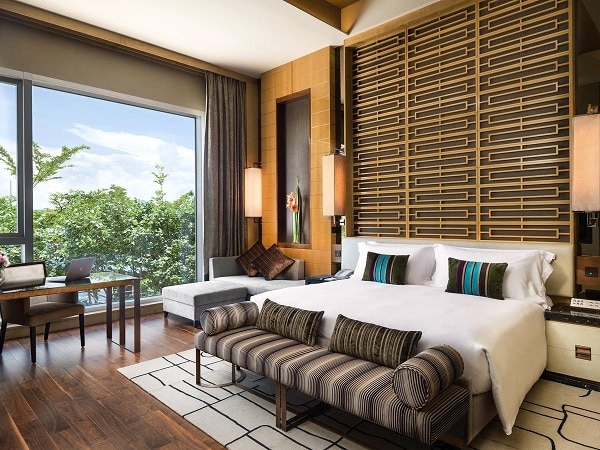 “Room-to-roam apartment-style living in a city where space is at a serious premium. Convenient to the airport and Kowloon’s attractions, it’s a luxuriant, calm oasis amid the Hong Kong hubbub, and surprisingly affordable.” 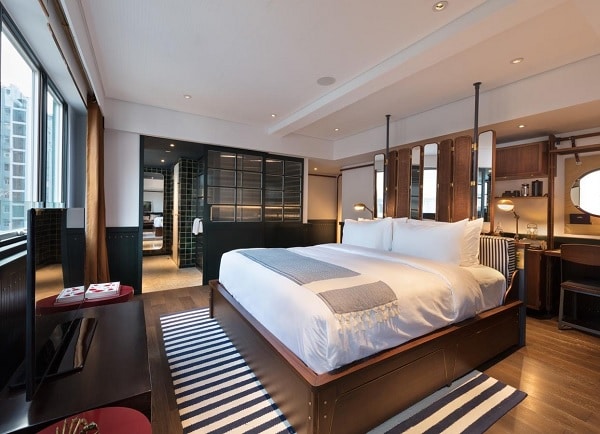 “After a beast of a renovation, The Fleming boutique hotel re-emerged in Wan Chai late 2017 with a new look, inspired by the green-and-white cross-harbor ferries. The design features contemporary maritime accents, such as porthole-like mirrors, industrial lamps and navy-striped rugs.” 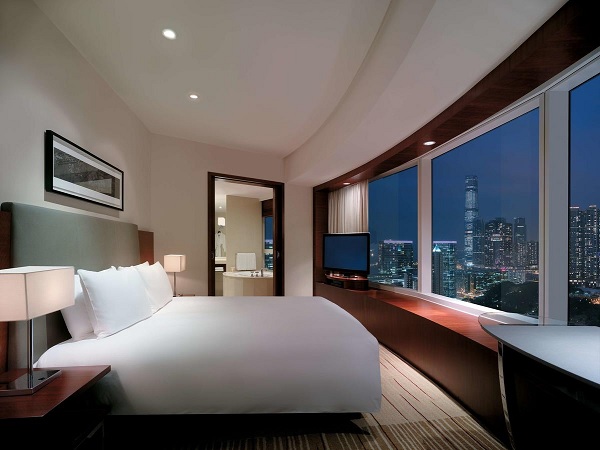 “Top marks to this classic that exudes understated elegance and composure. Rooms are plush and relatively spacious, with those on the upper floors commanding views over the city.” 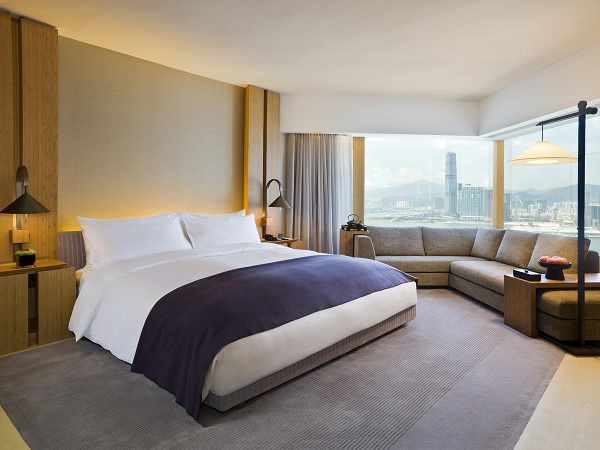 “Even standard rooms in this haven of stylish luxury are suites—tranquil havens of design and indulgence that feature huge window-side bathtubs, walk-in rain showers, a personal iPod touch with everything on it, free minibars, and high-end wine fridges.” 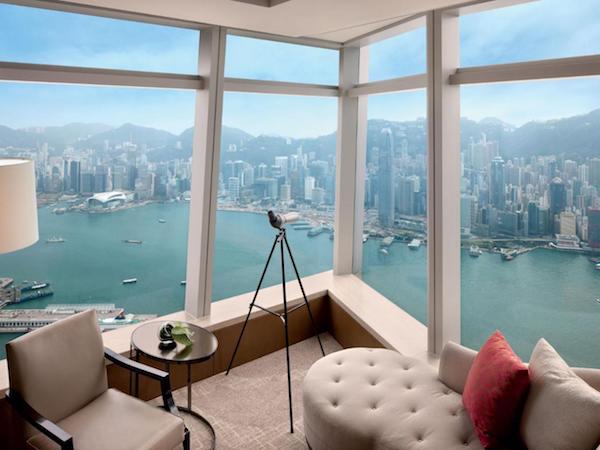 “From the world’s highest hotel, perching on the 102nd through the 118th floors of the ICC skyscraper in West Kowloon, every large and luxurious guest room enjoys a stupendous vantage point.” 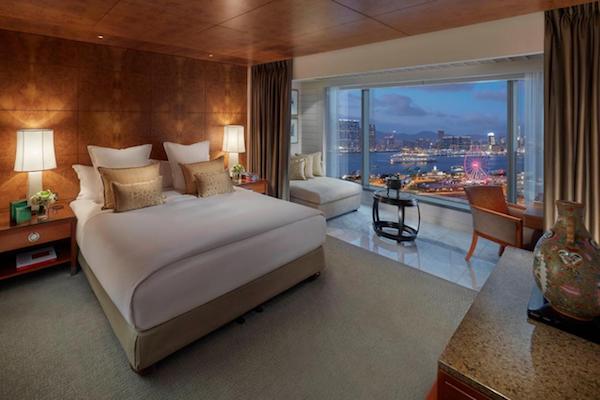 “This hotel has been a landmark in Central since 1963, which makes it ancient in this ever-changing city. It’s a perfect blend of updated facilities with retro charm, evident in its timeless lobby, clubby Captain’s Bar that looks the same as it did 50 years ago, and trademark restaurants like the venerable Mandarin Grill and Man Wah.”

What are the best areas to stay in Hong Kong?
Hong Kong is an autonomous territory in southeastern China. It was a British colony and is now a global financial center and a major port with many soaring high-rises. Some of the best neighborhoods of Hong Kong are:

Central
Central is the city’s administrative, finance, and business hub and is the home to skyscrapers made from glass and steel. It is also home to numerous Michelin-starred restaurants and bars, shoppings malls, and fanciest hotels.

Causeway Bay
Causeway Bay is a premier shopping area of Hong Kong and is among the most crowded areas in the world. The neighborhood is home to several boutique shops, department stores and shopping malls lining Jardine’s Crescent.

Mongkok
Mongkok is a neighborhood that is renowned for its shops and markets, selling anything and everything at a cheap price. In the neighborhood one can find tourist trinkets, knockoff leather goods, bags, vendors clothes, and more at inexpensive prices. The neighborhood has a bird market, a flower market, and a goldfish market that woo visitors and locals.