Here, we list the best hotels, hostels, B&Bs and guesthouses in Hamburg as recommended by the most popular travel experts around the world from CNN, Lonely Planet, Fodor’s, New York Times and more. All hotel recommendations have been referenced with customer reviews. The ratings you see here are an aggregate from several platforms and is always higher than 4 out of 5 stars. We make sure that our reviews are reflective of the choices of both customers and experts.

Hamburg is recognized as the second-largest city in the whole of Germany. The city name reflects its rich history that shows Hamburg as a member of the medieval Hanseatic League. The city is home to the second-largest port in all of Europe while it is also the seat of the oldest German stock exchange and world’s oldest merchant bank, making it an important financial center home and abroad.

Hamburg attracts thousands of people every year making it one of the top destinations in the world. It is ranked 18th in an index showing the world livability in the year 2016. The city of Hamburg is home to two UNESCO World Heritage Sites; the Speicherstadt and Kontorhausviertel. Modern advancement and rich history combine to make the city of Hamburg a tourist attraction.

A major hub of European science and research and a major education hub, Hamburg really does have it all. Several universities and institutions are located in the city. Cultural venues for entertainment are also present in the city with the most renowned being the Laeiszhalle and Elbphilharmonie.

If you like our list of best places to stay in Hamburg, then you should also check out our selection of recommended hotels in Frankfurt or the best hotels in Munich. 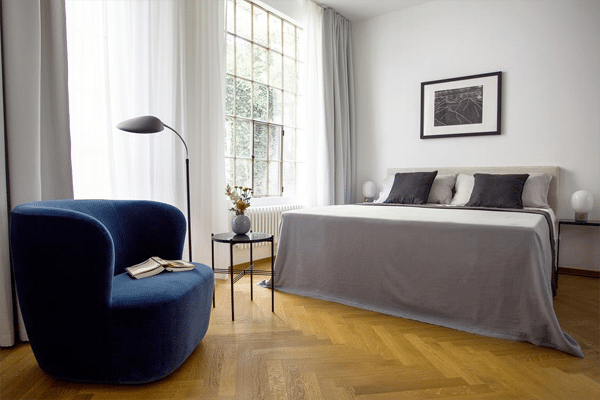 “Recently opened in the heart of the Schanzenviertel, August the Boardinghouse is a beautifully designed and compact apartment building nestled in a residential courtyard off Schulterblatt, at the very heart of Hamburg’s creative scene.” 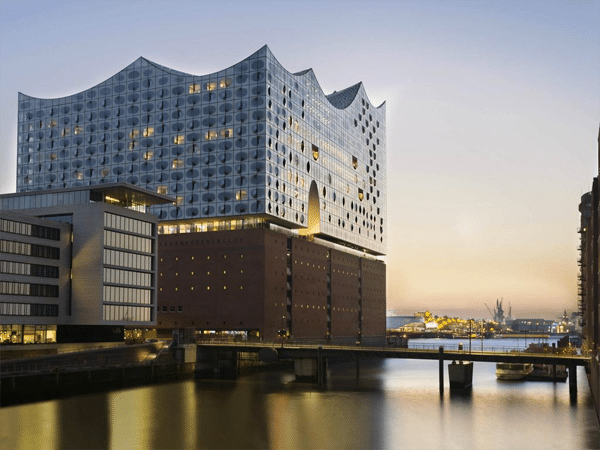 “The Westin Hamburg opened last year and occupies 19 floors of the Elbphilharmonie, offering breathtaking views over the Hafencity and Elbe through the floor-to-ceiling glass bubble windows that ripple across the facade. The decor subtly echoes the wavy design of the building, from the lampshades to the wallpaper.” 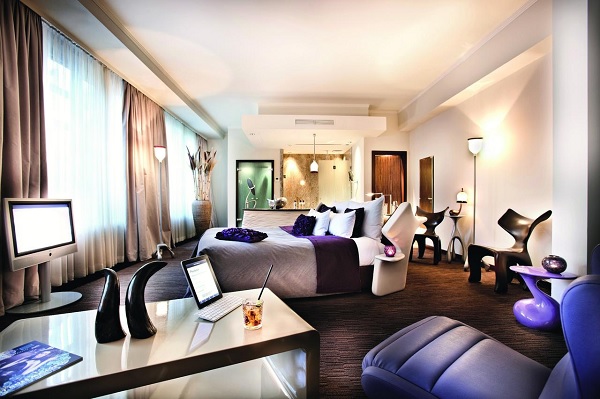 “Not content to limit itself to merely being a place to sleep, this chic landmark hotel combines a buzzing cocktail bar with a similarly trendy sushi and steak restaurant to create one of the hottest spots in town.” 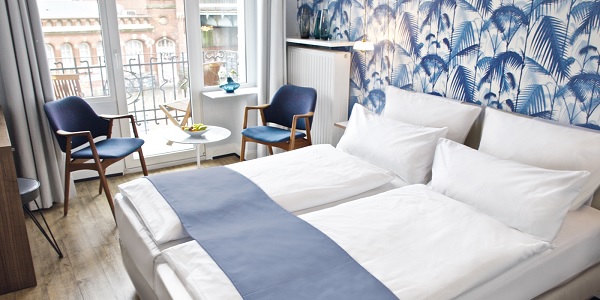 “This stylish town-house hotel sits smack dab in the heart of the Schanzenviertel party zone. Rooms are smallish, with wooAden floors, angular furniture and large windows.” 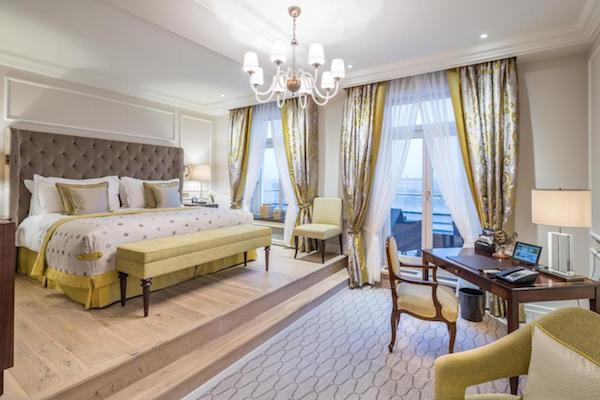 “Some claim that this beautiful 19th-century town house on the edge of the Binnenalster is the best hotel in Germany. Antiques fill the public rooms and accentuate the stylish bedrooms.” 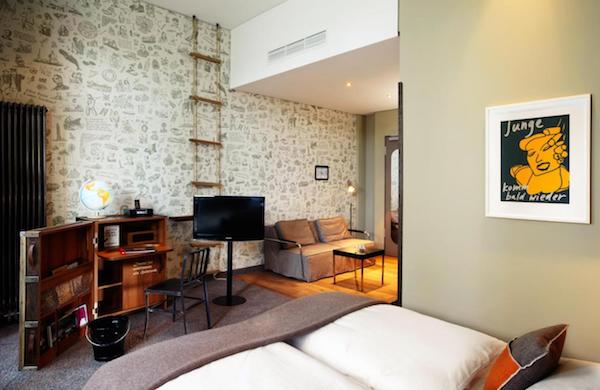 “Despite its bland, modern office block exterior, this trendy HafenCity hotel is full of fun, from guest rooms that resemble designer ship cabins to a chill-out room with retro couches and a record player for guests to use.” 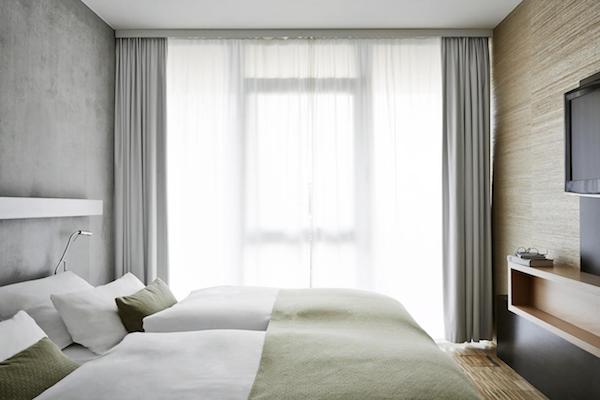 “You can chose from a lot of options at this stylish and low-key retreat near the shores of the Alster: a choice of pillows and bedding, the style of decor, which of four buildings you prefer, even where you want to enjoy breakfast.”

What are the best areas to stay in Hamburg?
Hamburg is a key port city in northern Germany that is connected to the North Sea by River Elbe. The city’s Jungfernstieg boulevard connects the Altstadt (old town) with the Neustadt (new town) and it is home to St. Michael’s Church. Some of the great neighborhoods of Hamburg are:

Altstadt
Altstadt is a neighborhood that is the home to Hamburg’s parliament and senate. The neighborhood also has numerous affordable restaurants, shopping malls and stores. It also has historic landmarks such as St Jacobi and St Petri churches.

Blankenese
Blankenese is among the wealthiest and most beautiful neighborhoods of Hamburg. The area is home to several historic mansions and gorgeous villas. The area has numerous waterfront cafés alongside the River Elbe’s sandy beach.

Eppendorf
Eppendorf is an up market residential neighborhood that is situated near Lake Alster and the largest park of the city. The main street of the neighborhood –Eppendorfer Landstrasse – is filled with historic buildings with restaurants, cafés boutiques, and retail shops.

HafenCity
The HafenCity is one of the most newly built neighborhoods in the city that provides tourists and locals with classic examples of contemporary architecture filled with restaurants, museums, playgrounds, park areas, offices and residential buildings.

Neustadt
Neustadt is an upscale commercial neighborhood with plethora of shopping options for locals and tourists. The area has several landmarks such as St Michaelis church, Neuer Wall, Jungfernstieg, Landungsbrücken and Große Bleichen. It has several great cafes such as Cafe Alex.
How much does it cost to stay in a Hamburg hotel?
For a 3-star hotel you have to pay around $130 per night and for a 4-star hotel you would be looking at $180 per night. If you're after a luxury 5-star Hamburg hotel then you can expect to pay around $260 per night.
Which Hamburg hotels serve great breakfast?
Try 25hours Hotel HafenCity, if you're looking for a delicious breakfast at a hotel in Hamburg. The hotel has excellent customer review ratings for breakfast.
We use cookies on this website to analyse your use of our products and services, provide content from third parties and assist with our marketing efforts. Learn more about our use of cookies and available controls: cookie policy. Please be aware that your experience may be disrupted until you accept cookies.