Here you’ll find a list of the best hotels, hostels, B&Bs and guesthouses in Florence which have been recommended by critics from The New York Times, Fodor’s, Lonely Planet and many more. All hotel recommendations have been referenced with customer reviews. The ratings you see here combine ratings from several platforms and are always higher than 4 out of 5 stars.

The city is the capital city of the region of Tuscany. Florence was historically the center of medieval European trade and finance and was one of the most prominent and wealthiest cities of that era. Considered the birthplace of the Renaissance, the city has a rich history. The city has been described as the “Athens of the Middle Ages.” The city attracts millions of tourists and visitors annually, and the historic center of the city was recognized as a World Heritage Site by UNESCO in the year 1982.

The city is renowned for its culture, Renaissance art and architecture, and monuments. Florence is also the home of some of the most popular museums and art galleries in Europe including the Uffizi Gallery and the Palazzo Pitti. As a result of the artistic and architectural masterpieces in Florence, the city has been described by Forbes as one of the most beautiful in the world.

The city is also popular in the fashion world; it is ranked among the top 15 capital of the world. The city is a major draw for tourist attraction as a result of several landmarks and its rich history.

If you like our list of best places to stay in Florence, then you should also check out our selection of recommended hotels in Rome or best hotels in Milan. 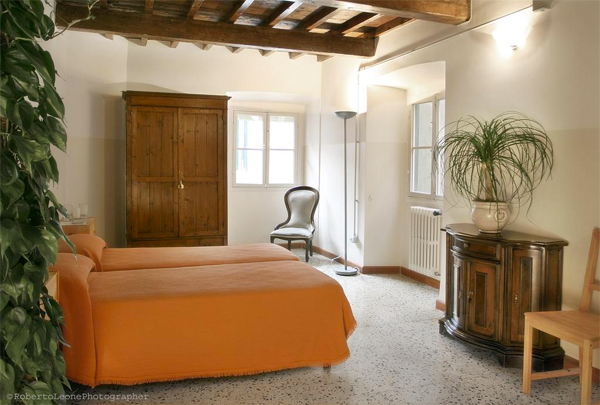 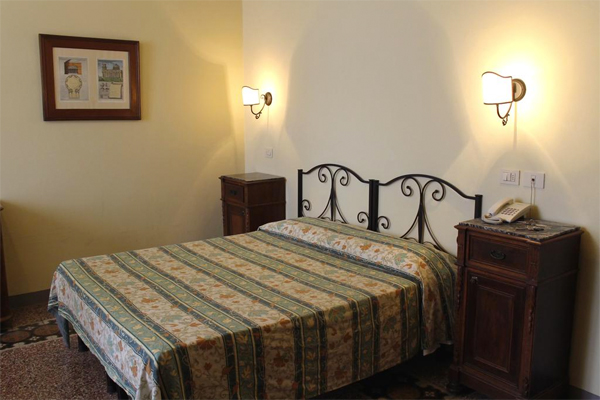 “Wedged between designer boutiques on Florence’s smartest shopping strip, this hidden pensione is a fabulous mix of old-fashioned charm and value for money.” 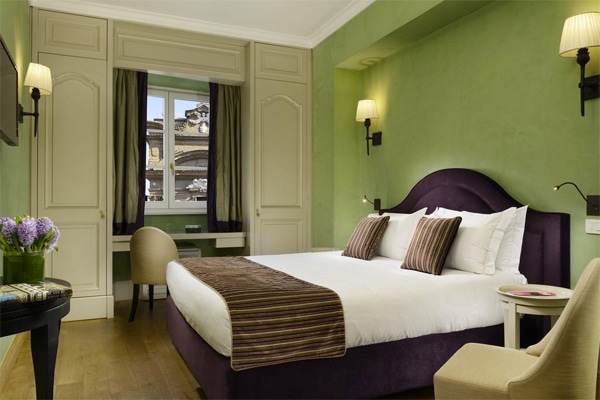 “The San Firenze Suites & Spa has 14 perfectly situated suites around the corner from Piazza della Signoria. Spacious rooms, many of which feature four-poster beds and large bathrooms with rainfall showers.” 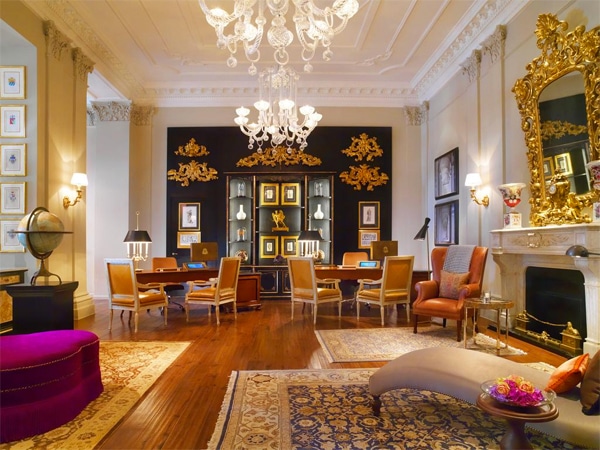 “After a head-to-toe renovation, the St. Regis Florence opened in 2011 in a landmark building that was designed in the 15th century by Filippo Brunelleschi (of Duomo fame). The 100 rooms and suites boast centuries-old frescoes, Murano glass chandeliers, beautiful antique furniture, Arno River views and every modern amenity.” 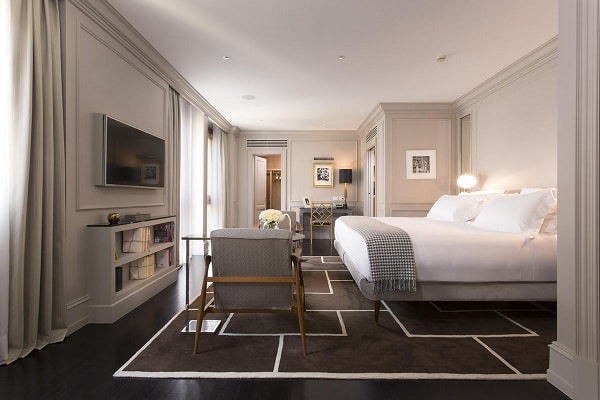 “Michele Bönan, a Florentine architect, used midcentury furnishings and original photographs from the Ferragamo archives to create gorgeous 1950s-era interiors. The result is 34 rooms and suites worthy of interior design awards, and a lobby that feels like a sophisticate’s living room.” 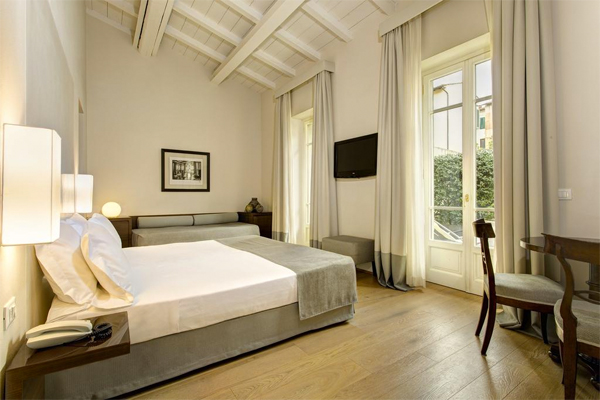 “This three-star hotel in San Marco redefines elegance with its majestic ceilings, chic oyster-grey colour scheme and contemporary furnishings, offset to perfection by the historic palazzo in which it languishes.” 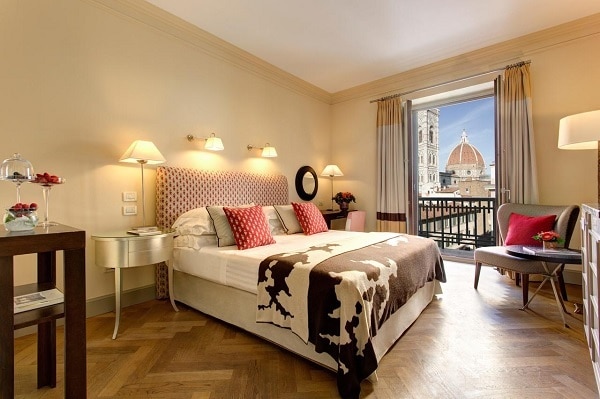 “Located steps from the Duomo and overlooking lively Piazza della Repubblica, the Hotel Savoy occupies the best address in the city. Its aristocratic, 19th-century facade belies its whimsical modern interiors — a pleasant surprise in a city dominated by posh Renaissance-era hotels.” 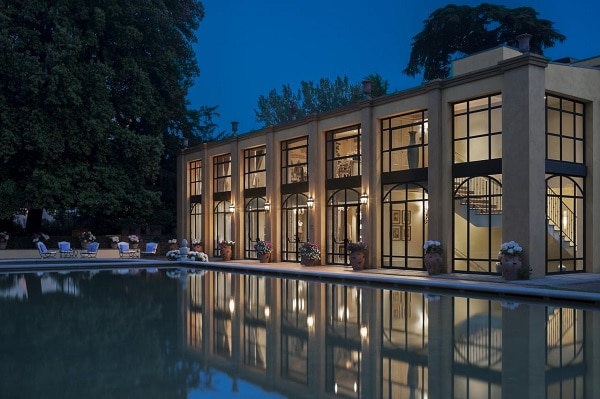 “The Four Seasons in Florence feels more like a sprawling Tuscan country estate than a hotel in the heart of a bustling metropolis.For starters, it’s built within Giardino della Gherardesca — Florence’s largest private garden, spanning 11 acres.” 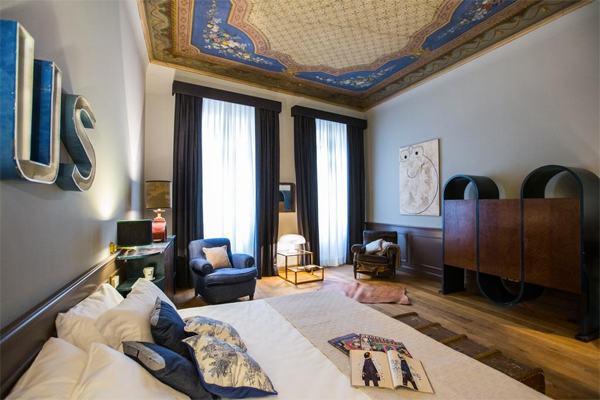 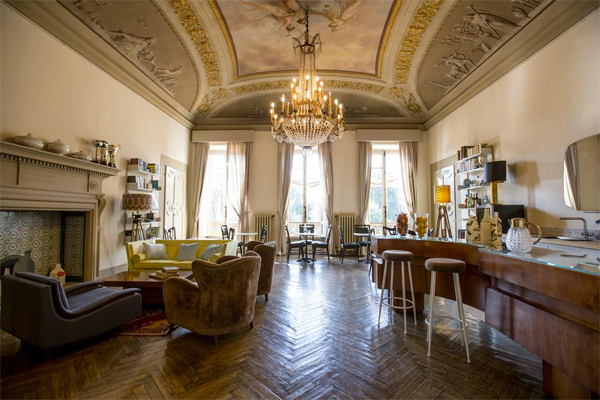 “There is no other address quite like it in Florence. Seductively at home in a 16th-century palazzo overlooking Europe’s largest private walled garden, this uber-chic guesthouse rocks.”

“An elegant, unfussy hotel for people who want to see the cooler side of Florence.This renovated historic ‘palazzetto’ in the less-touristed Oltrarno neighborhood has just seven rooms, each decorated with different floral and botanical printed fabrics, antique decor, and funky-cool furniture.” 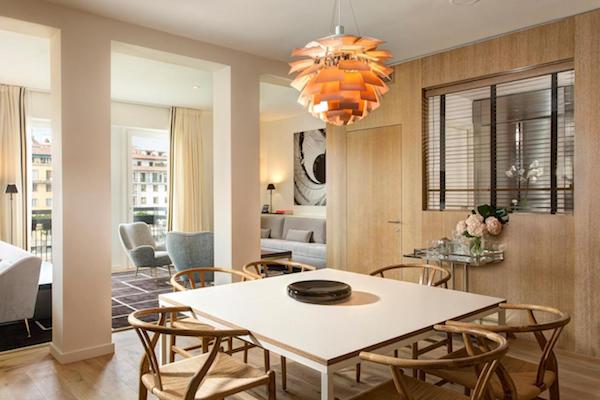 “You book this hotel for the location—it’s probably the best in the city—but you leave feeling like you’ve discovered a hidden gem, one where the typical Florence tourists aren’t as likely to be found and where you can escape the hectic life of the city.”

What are the best neighborhoods to stay in Florence?
The mesmerising capital of Tuscany, Florence, is seeped in art and architecture. It is the city of Renaissance masterpieces and popular names. Art galleries and cathedrals adorn the streets of Florence. It is also, the most populous city in Tuscany and the 8th largest city in Italy.

Santo Spirito
This neighbourhood is extremely popular for its elegant and novel markets, like a flea market, farmer's market and creative market. Serenading music, and rounds of drinks define this lit up neighbourhood. Santo Spirito is popular among students and travellers. Summer nights in this neighbourhood are its major attraction.

San Niccolò
This is an artistic region. The neighbourhood of San Niccolò is more of a paradise. One can witness street art while taking a walk down the locality. San Niccolò has many art galleries and has an overall hipster lifestyle.

Sant’ Ambrosio
This neighbourhood has a liking for coffee joints and local cuisine. Authentic Italian food is served in the restaurants in this neighbourhood. The Sant’ Ambrosio market is extremely popular for shopping among locals, as well as tourists.
How much does it cost to stay in a Florence hotel?
Hotels in Florence aren't cheap. For a 3-star hotel you have to pay around $140 per night and for a 4-star hotel you would be looking at $210 per night. If you're after a luxury 5-star Florence hotel then you can expect to pay around $600 per night.
Which Florence hotel offers great views?
If you're looking for a room with a view, then try the St. Regis Hotel, it offers some amazing views of Florence according to recent customer reviews.
Which Florence hotels serve great breakfast?
Try Hotel Ottantotto Firenze if you're looking for a delicious breakfast in Florence. The hotel has excellent customer review ratings for breakfast.
Which Florence hotel is the best for a romantic getaway?
If you're looking for a romantic Florence hotel for couples then try Portrait Firenze Hotel. The hotel has excellent customer review ratings by couples.
We use cookies on this website to analyse your use of our products and services, provide content from third parties and assist with our marketing efforts. Learn more about our use of cookies and available controls: cookie policy. Please be aware that your experience may be disrupted until you accept cookies.