Here, we list the best hotels, hostels, B&Bs, Riads and guesthouses in Fez as recommended by the most popular travel experts around the world from CNN, Lonely Planet, Fodor’s, New York Times and more. All hotel recommendations have been referenced with customer reviews. The ratings you see here aggregate customer reviews from several platforms and are always higher than 4 out of 5 stars.

The city is home to several madrasa, mosques, zawiyas and city gates which still survive till today. The building features a spectacular design that includes Moorish and Moroccan architectural styles.

Fez is largely divided into two old medina quarters; Fes el Bali and Fes Jdid and also divided into the modern urban area of Ville Nouvelle. Fez historic center is listed as one of the World Heritage Site and is regarded by many as the world’s largest urban car-free zone.

The city is also famous for its University of Al Quaraouiyine; the university was founded in 859 and is the oldest continuously functioning university in the world.

Fez has been described over the years as the “Mecca of the West” or sometimes the “Athens of Africa”. As a result of such names and other reasons, the city is one of the most visited on the continent of Africa.

If you like our list of best places to stay in Fez, then you should also check out our selection of recommended hotels in Cape Town or best hotels in Marrakech. 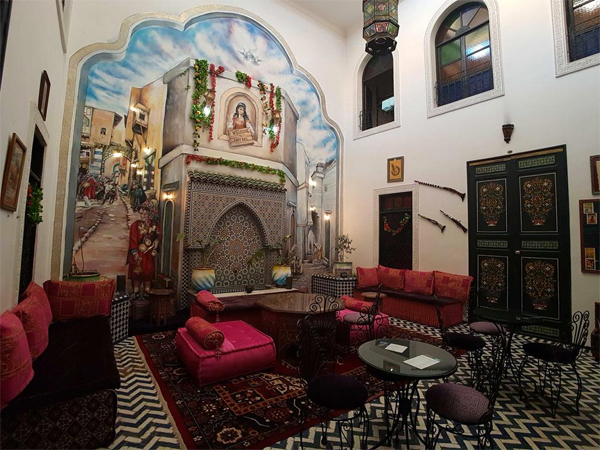 “Fez’ original, Spanish-owned hostel is still the best, offering up good cheap backpacker beds close to Bab el-Jdid. It’s a youthful and social place, with more dorm beds than you might imagine.” 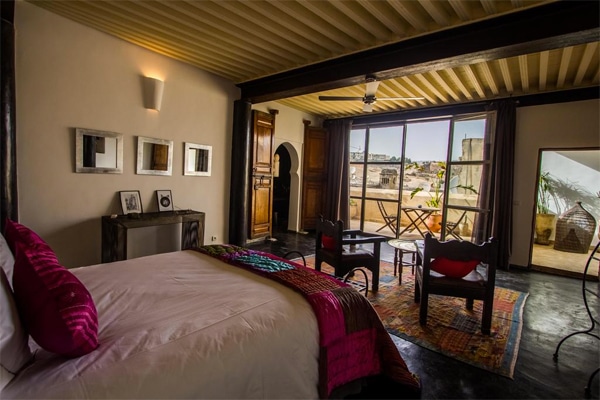 “Built around a lush courtyard garden—a tranquil oasis from the medina’s mayhem right on the doorstep—this 17th-century palace had fallen into disrepair before being rescued and rebuilt by its French-American owners, utilizing the skills of the city’s finest craftsmen.”

Featured as Fodor’s Choice in Fez. 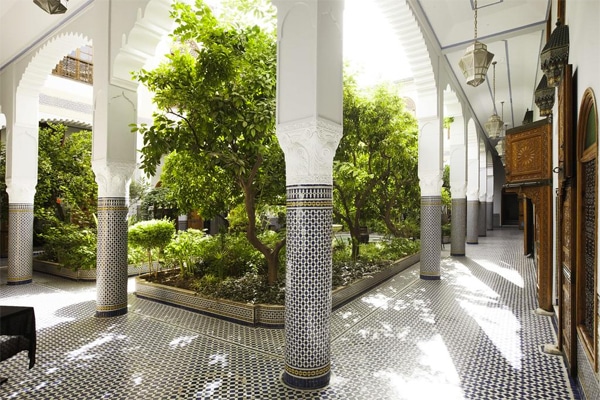 “The sumptuous 15-room Palais Amani was created by a charming Franco-Moroccan woman from Montpellier and her family, which explains why it offers the pleasure of magnificently renovated Fassi décor with modern comforts, including air-conditioning and internet.” 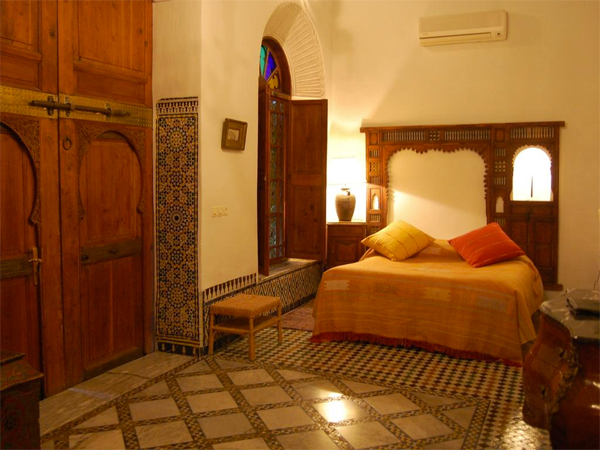 “An old favourite, Mabrouka is a large, meticulously restored Arab-Andalucian townhouse whose owners go the extra mile for guests and strive to employ sustainable practices. There are eight rooms, all with little extras to make your stay more special.” 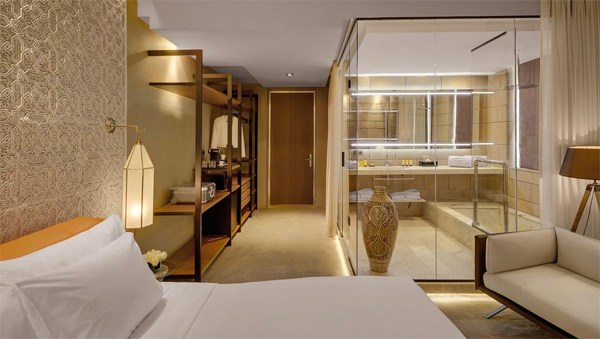 “This smart hotel venture from the owners of Riad Fès blends the comforts of a modern luxury stay with all the charm of Fez’ Moroccan heritage. Deluxe rooms and junior suites have wonderful infinity-pool views.” 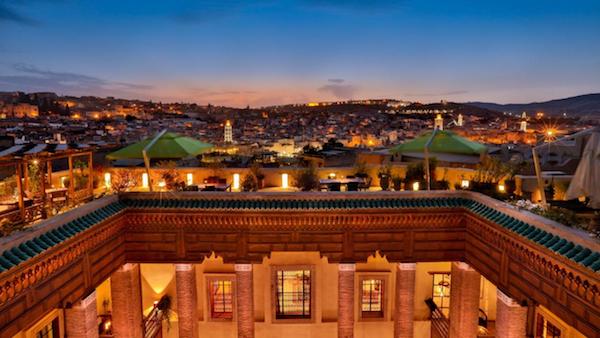 Featured as Fodor’s Choice in Fez.

What are the best neighborhoods to stay in Fez?
Fez, also written and pronounced as Fes, is the capital of the Fas- Meknes region, in inland Morocco. It is called the ‘Mecca of the West’. The city of Fez is also referred to, as the cultural capital of Morocco. Culinary practices are central to the city of Fez. This beautiful Moroccan city is the perfect blend of both, old structures and cultures, and new practices and lifestyle.

Nejjarine Square
The area of Nejjarine is more than a neighbourhood. It makes for a great tourist attraction. This area also houses a popular museum and several shops that sell wood and cabinet work.

Mellah
This neighbourhood is the Jewish Quarter of Fez. This beautiful area is abundant is dainty houses with iron windows and quaint balconies and porches.
How much does it cost to stay in a Fez hotel?
For a 3-star hotel you have to pay around $55 per night and for a 4-star hotel you would be looking at $90 per night. If you're after a luxury 5-star Fez hotel then you can expect to pay around $160 per night.
Which Fez hotel offers great views?
If you're looking for a room with a view, then try the Hotel Sahrai, it offers some amazing views of Fez.
Which Fez hotels serve great breakfast?
Try Hotel Ryad Mabrouka if you're looking for a delicious breakfast in Fez. The hotel has excellent customer review ratings for breakfast.
We use cookies on this website to analyse your use of our products and services, provide content from third parties and assist with our marketing efforts. Learn more about our use of cookies and available controls: cookie policy. Please be aware that your experience may be disrupted until you accept cookies.