We list only the best hotels, hostels, B&Bs and guesthouses in Cyprus as recommended by the most popular travel experts from CNN, Lonely Planet, Fodor’s, New York Times and more. All hotel recommendations have been referenced with customer reviews. The ratings you see are an aggregate from several platforms and always come with an average higher than 4 out of 5 stars.

Cyprus is an island country in the Eastern Mediterranean with a rich history that dates back to the 10th millennium BC. Cyprus is a major tourist destination in the Mediterranean region seeing millions of visitors yearly. The island country has an advanced high-income economy that makes it attractive to migrants and tourists as well as foreign investments.

The island is dominated by Greek Cypriots and Turkish Cypriots who share a lot in common but also have differences. Both groups of people have a hospitable culture that makes the country appealing to visitors. In both communities, it is common to see them buying food for guests or offering guests with foods and drinks. Also common to both communities is a social lifestyle that includes a love for arts, music, and dance. The culture and religion of both communities differ which makes it an interesting place for curious visitors to learn about other ways of life.

Cyprus holds an annual carnival called the Limassol Carnival Festival which is held in Limassol. The event is popular throughout the island and sees thousands of people.

Cyprus has a special appreciation for art throughout its history which is why conceptual art is strongly promoted on the island.

If you like our list of best places to stay in Cyprus, then you should also check out our selection of recommended hotels in Athens or best hotels in Istanbul. 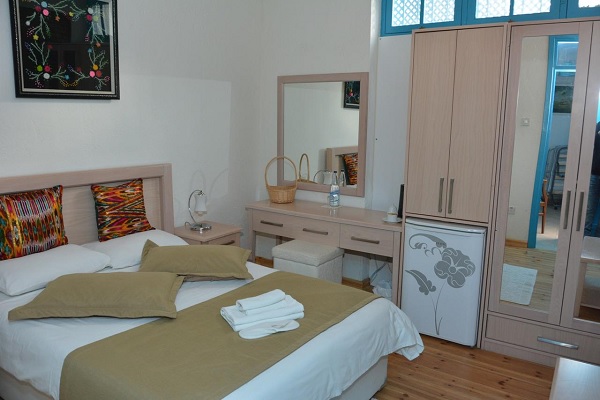 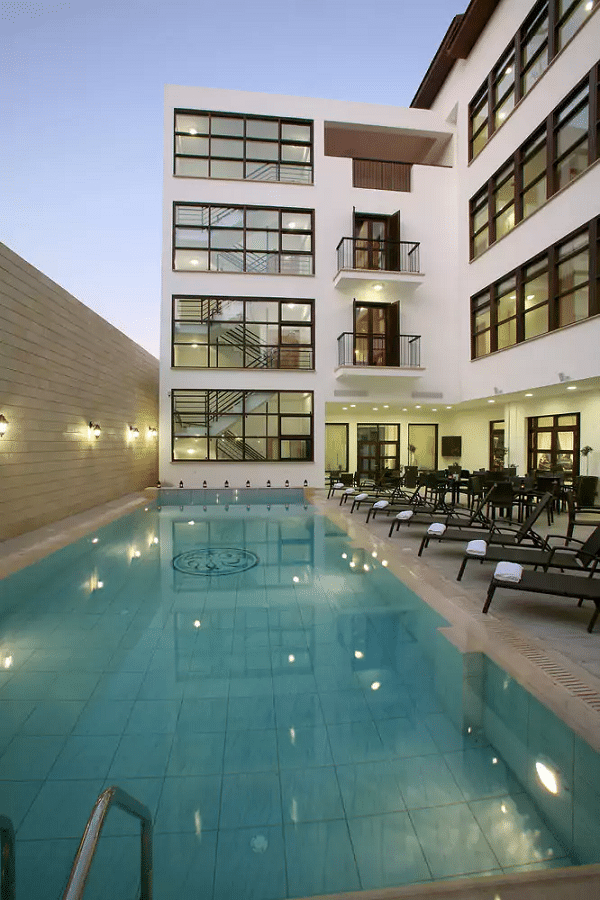 “Royiatiko Hotel is a modern midrange hotel with 32 rooms, a swimming pool and a prime location in Nicosia’s historical walled city.” 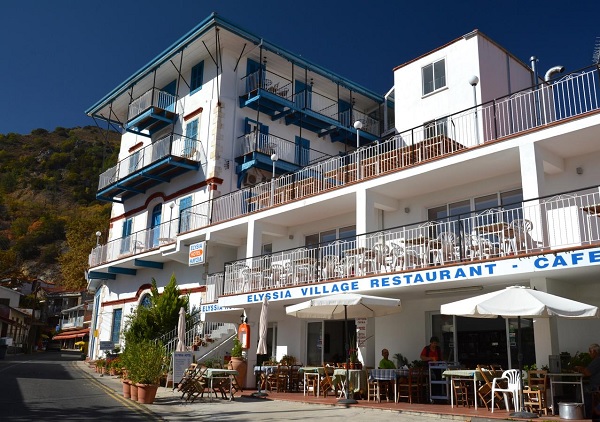 “These spacious, pretty rooms have balconies with valley views. The Elyssia hotel is obviously well cared for by the owner, who is charming and eager to please.” 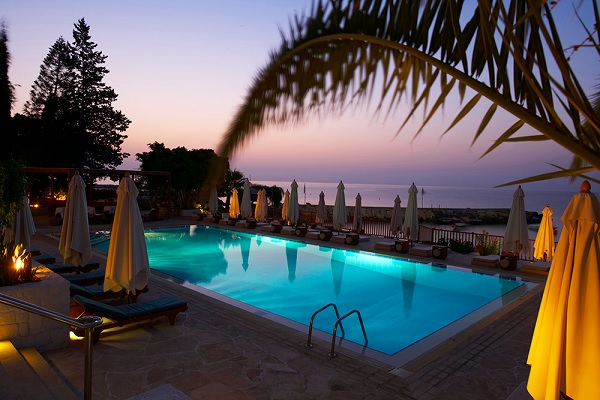 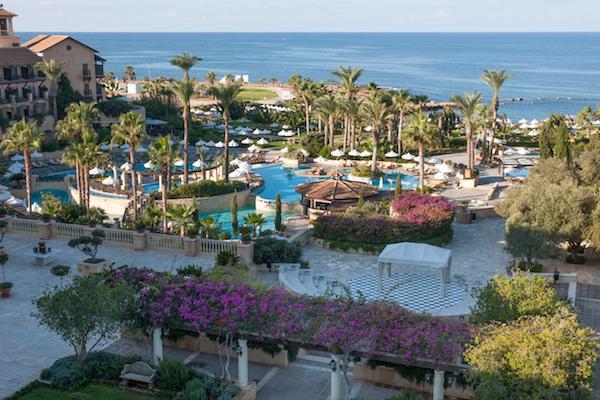 “A Mediterranean sense of place reigns at this palatial resort near the Tombs of the Kings with extensive grounds, beautiful multilevel pools, and a small beach.”

Featured as Fodor’s Choice in Cyprus. 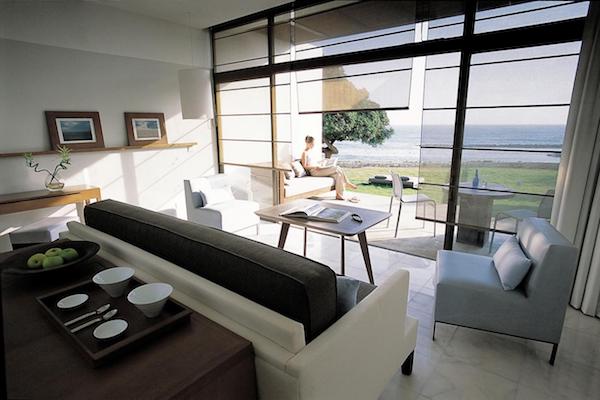 “This hip, family-friendly resort has 12 different room configurations, including several suites with private sea-view terraces; all feature complimentary Wi-Fi. Choose a waterfront Kyma suite with its own daybeds for the best views.”

Featured as Fodor’s Choice in Cyprus.

Limassol Old Town
Waking up to an authentic ‘Cyprus style' brunch is the preferred lifestyle of the neighbourhood of Limassol. The town is structured beautifully, and there are several winding narrow streets. Limassol Old Town is historical at heart. Limassol castle and the ancient city of Kuorion are two important attractions at Limassol.

Larnaca
This place is marked with Turkish style houses. Hence, it also gets the name of ‘Old Turkish Quarter’. Several artisans have their workshops along the streets. This area is like a flashback from the past lifestyle, with traditional and magnificent old Turkish houses. The area of Larnaca is centrally located. Larnaca enjoys a seaside location. The Salt Lake and the Hala Sultan mosque are two beautiful places to visit at Larnaca.

Ayia Napa
Another stunning area that adorns Cyprus and attracts a large number of tourists is Ayia Napa. High on night-life, Ayia Napa has white sand beaches. This area is full of budget rooms, luxury hotels and even holiday villas.

Famagusta and Varosha
This area is absolutely worth visiting. While Famagusta is an alluring old town, Varosha is said to be a ghost town. The Varosha beach is also prepossessing.

Paphos and Coral Bay
Lying on the south-west coast, Paphos is a hub of elegant resorts and cafes. Coral Bay beach and Paphos beach, are arrestingly divine.
Which Cyprus hotels serve great breakfast?
There are plenty hotels in Cyprus that serve a good breakfast. Try Cypriot Swallow Boutique Hotel, Royiatiko Hotel Nicosia or Elyssia Hotel Pedoulas if you're looking for a delicious breakfast. All those hotels have excellent customer review ratings for their breakfast.
How much does it cost to stay in a Cyprus hotel?
For a 3-star hotel you have to pay around $100 per night and for a 4-star hotel you would be looking at $175 per night. If you're after a luxury 5-star Cyprus hotel then you can expect to pay around $270 per night.
Which Cyprus hotels offer a great swimming pool?
There are a lot of Cyprus hotels that offer nice swimming pool. Try Elysium Hotel Paphos or Royiatiko Hotel Nicosia, both have excellent customer review ratings for their swimming pools.
We use cookies on this website to analyse your use of our products and services, provide content from third parties and assist with our marketing efforts. Learn more about our use of cookies and available controls: cookie policy. Please be aware that your experience may be disrupted until you accept cookies.