RecommendedRoom lists the best hotels, hostels, B&Bs and guesthouses in Copenhagen as recommended by the most popular travel experts from CNN, Lonely Planet, Fodor’s, New York Times, Frommer’s and more. All the hotel recommendations have been referenced with customer reviews. The ratings you see in this review are an aggregate from several platforms and is always higher than 4 out of 5 stars.

Copenhagen is the capital city of Denmark and the most populous city in the country. Copenhagen is home to several cultural institutions such as the Royal Theatre and the Royal Academy of Fine Arts which are one of the most visited places in the city. In modern times, the city has seen a strong urban and cultural development which has made the city become an even stronger cultural, governmental and economic center of the country. Copenhagen is a major financial center in Europe especially Northern Europe with the Copenhagen Stock Exchange.

Copenhagen is involved strongly in several sectors such as information technology, clean technology and pharmaceuticals. All these make the city an attractive migration-center and a tourist attraction. The cityscape is an attractive system that is characterized by parks, promenades and waterfronts. Some of the most famous landmarks in the city include the popular Tivoli Gardens, The Little Mermaid Statue, the Rosenborg Castle Gardens and Frederik’s Church.

If you like our list of best places to stay in Copenhagen, then you should also check out our selection of recommended hotels in Stockholm or best hotels in Moscow. 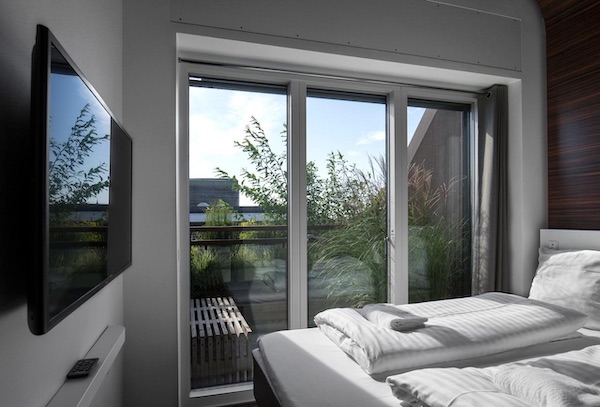 “The distinctive steel-clad building that was once home to the Danish Union of Metalworkers has now been transformed into a cool urban hostel, with smart dorms (or small private rooms), plenty of communal space for meeting fellow travellers and an impressive range of facilities.” 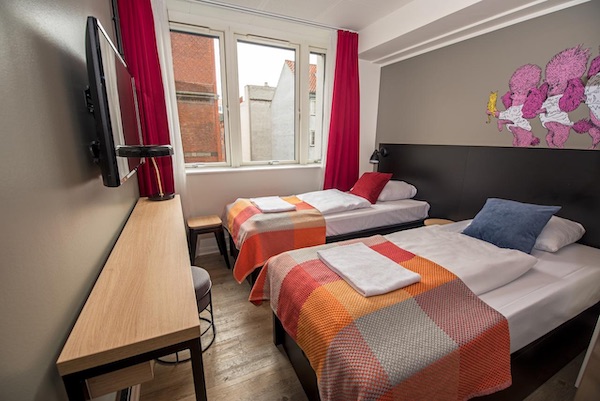 “The conveniently situated Generator blurs the lines between hostel and hotel, with design-led interiors, buzzy communal areas and a combination of private rooms and en-suite dorms. All of the main city centre attractions are within a 10-minute walk and evenings play host to live music and social events.”

“Ibsens is a sound choice for discerning sophisticates. The rooms are minimalist yet plush, with muted tones, designer fixtures and blissful beds.” 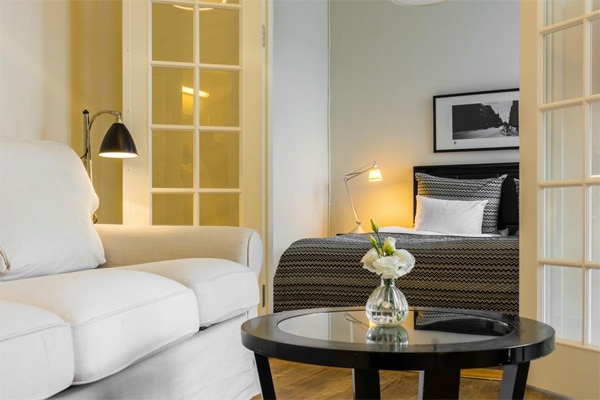 “The Avenue Hotel is a boutique property with 68 updated rooms in a building designed by Emil Blichfeldt, the architect who also designed the Tivoli Gardens’ main entrance. Modern design is evident in everything from Missoni bedspreads and staff outfitted in Scandinavian labels, to walls adorned with works from Danish photographers.” 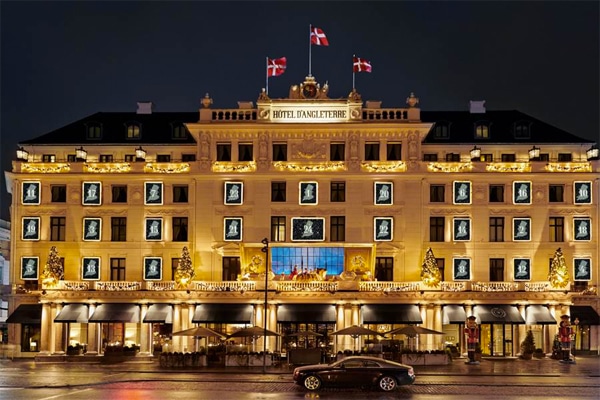 “Widely considered the best luxury hotel in Copenhagen, this elegant establishment dates back to 1755 and has been brought back up to its peak with a complete renovation. Gorgeous rooms and impeccable service.”

Featured as Fodor’s Choice in Copenhagen. 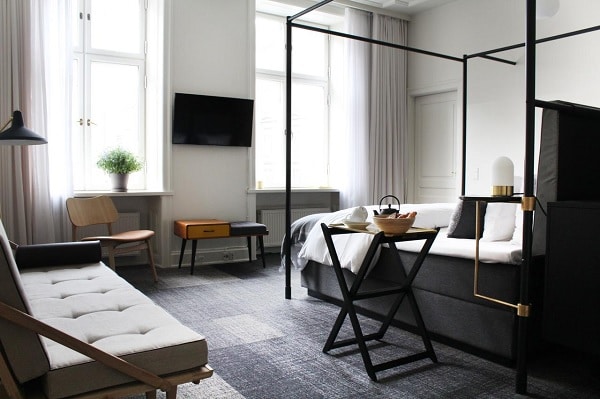 “The revamped Danmark is a svelte boutique hideaway steps away from major sights. Though most of its 88 rooms are rather petite, they’re all flawlessly chic and ensconcing, with heavenly beds, tactile fabrics and restrained, elegant Danish furniture.” 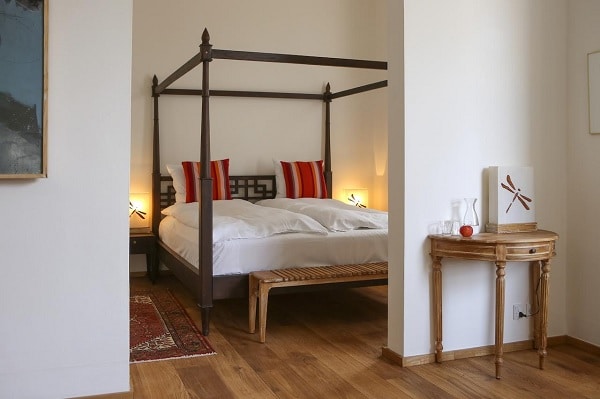 “The 98-room Babette is part of the superb Guldsmeden hotel chain, with the same (unexpectedly) harmonious blend of Nordic and Indonesian design aesthetics.” 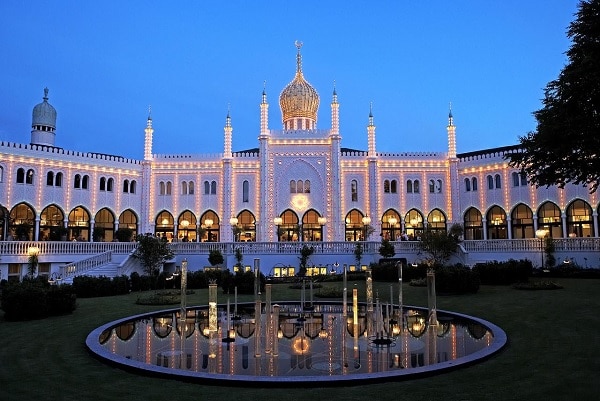 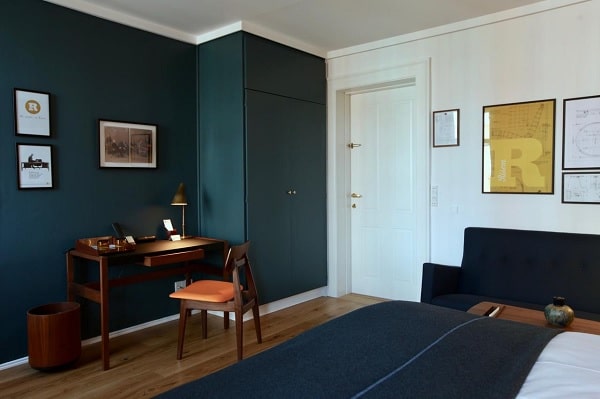 “The furniture of Danish design deities such as Arne Jacobsen, Ole Wanscher and Kaare Klint graces the interiors of the crisp, refined yet homey Alexandra. Rooms are effortlessly cool, each decked out in a mix of mid-century Danish pieces.” 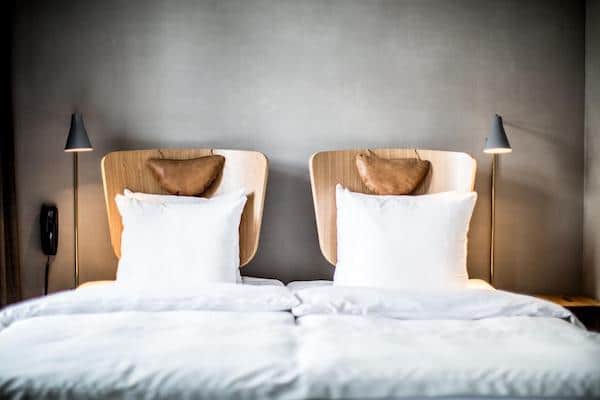 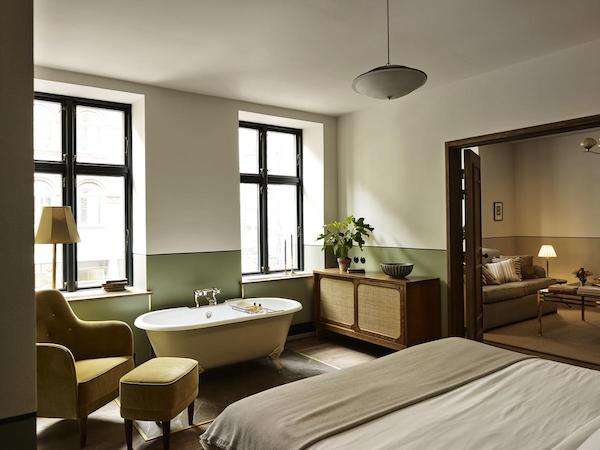 “It combines a bit of Danish mid-century modern, a bit of colonial British (wickerwork here and there, plus palms in pots), and a classic French bistro-style restaurant in a way that achieves the Holy Grail of hotel design.”

Where to stay in Copenhagen?
Copenhagen is the capital city of Denmark and is the country’s most populous city. It is the home to many historic sites such as Rosenborg Castle, Christiansborg Palace, Amalienborg Palace, Indre By, and Öresund Bridge. Some of the best neighborhoods of Copenhagen are:

Christianshavn
Christianshavn is a stylish neighborhood that is home to the Michelin-starred Noma restaurant and Copenhagen Opera House. The area maps across several artificial islands and is surrounded by picturesque canals and water bodies. The narrow alleyways and colorful houses make the area one of the most romantic and beautiful parts of the city.

The Freetown Christiania
The Freetown Christiania is a neighborhood that is the home to smoky jazz bars, underground gig venues, vegetarian restaurants, and bakeries. The area is renowned for Pusher Street and Green Light District and relaxed and friendly atmosphere. It also has a beautiful lake and car-free pedestrianized alleys that gives it a peaceful and serene ambience.

Vesterbro
Vesterbro is a neighborhood with music venues, underground bars, chic restaurants, tattoo studios, and galleries. The area is also renowned for its organic restaurants, cafés and hostels that attract many hipsters.

Nørrebro
Nørrebro is a multicultural neighborhood that bears the renown of being a hangout zone for bohemian and artist. Ti is replete with organic restaurants, stylish cafés and secondhand shops.
Which Copenhagen hotels serve great breakfast?
There are plenty hotels in Copenhagen that serve a good breakfast. Try The Avenue Hotel, Hotel Sanders or The Nimb Hotel if you're looking for a delicious breakfast. All those hotels have excellent customer review ratings for their breakfast.
How much does it cost to stay in a Copenhagen hotel?
For a 3-star hotel you have to pay around $175 per night and for a 4-star hotel you would be looking at $240 per night. If you're after a luxury 5-star Copenhagen hotel then you can expect to pay around $450 per night.
Which Copenhagen hotel offers great views?
Try The Nimb Hotel for great views of Copenhagen. The hotel has received excellent customer review ratings for views recently.
We use cookies on this website to analyse your use of our products and services, provide content from third parties and assist with our marketing efforts. Learn more about our use of cookies and available controls: cookie policy. Please be aware that your experience may be disrupted until you accept cookies.