On RecommendedRoom you will find the best hotels, hostels, B&Bs and guesthouses in Cincinnati as recommended by the most popular travel experts from CNN, Lonely Planet, Fodor’s, New York Times and more. All hotel recommendations have been referenced with customer reviews. The ratings you see are an aggregate from several platforms and is always higher than 4 out of 5 stars. Our ratings are to be trusted as they include both customer reviews and expert opinions.

Cincinnati is a city in the US State of Ohio and one of the fastest-growing economic power in the Midwestern United States. Cincinnati is regarded by some as the first purely “American” city. The city is home to several historic architectures with numerous still standing in the urban core of the city till today. In the 19th century, Cincinnati was referred to as the “Paris of America” due to several ambitious architectural projects in the city at the time. Some of them include the Music Hall, Cincinnatian Hotel, and the Shillito Department Store.

Cincinnati is the home of several embankments that are notable for their unique architectural characteristics or history. Examples of such structures include the Carew Tower, Ingalls Building, and the Isaac M. Wise Temple.
The city is home to several professional theatre companies such as the Ensemble Theatre Cincinnati, Cincinnati Shakespeare Company, The Performance Gallery and the Clear Stage Cincinnati.

Cincinnati has some music festivals that offer a solid tourist attraction such as the Cincinnati May Festival, the Bunbury Music Festival and Cincinnati Bell/WEBN Riverfest. The city has been described as the “Cincinnati, the City that Sings.”

If you like our list of best places to stay in Cincinnati, then you should also check out our selection of recommended hotels in Detroit or best hotels in Denver. 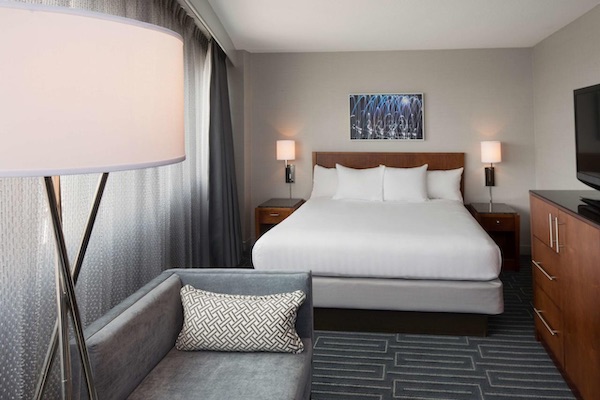 “One of the largest hotels in Cincinnati, this Downtown landmark has an atrium lobby with glass walls and ceiling, contemporary rooms in soft pastel colors, and first-rate service. It’s connected by a skywalk to Saks Fifth Avenue and the Tower Place shopping center.” 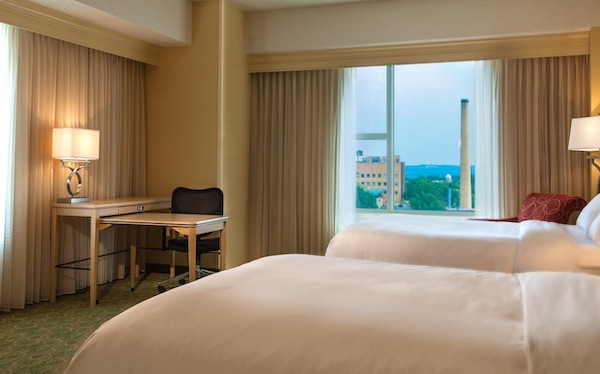 Kingsgate Marriott Conference Center at the University of Cincinnati

“Many visitors end up staying in a bed and breakfast near this urban campus or in a Downtown hotel, but the Marriott Kingsgate is an excellent alternative. It’s on the UC hospital campus, a few blocks from the Cincinnati Zoo, and five minutes from downtown Cincinnati. Rooms are clean, and the beds especially plush.” 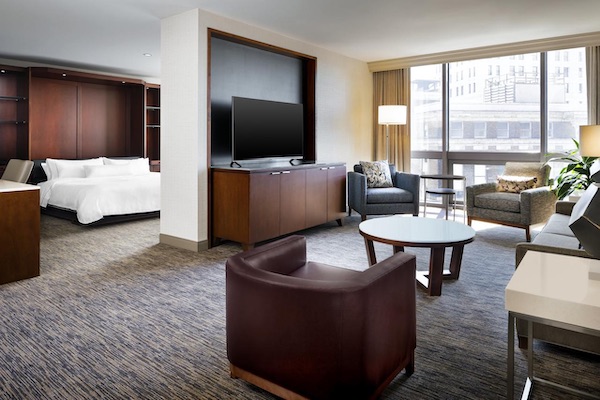 “The Westin overlooks the city’s most popular landmark, the Tyler Davidson Fountain on Fountain Square. The building, designed in the classic Renaissance style, was once the Albee Theater. Shoppers will appreciate that it’s just a short stroll away from Tower Place mall at Carew Tower.” 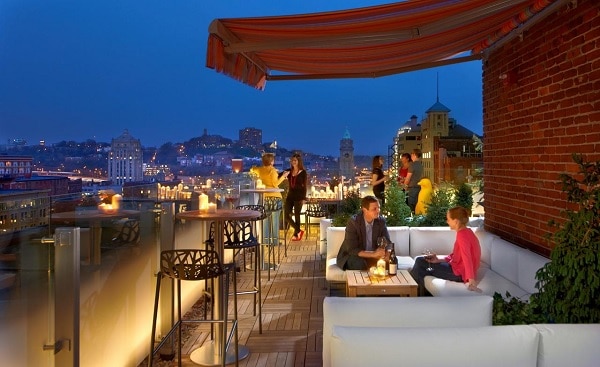 “In addition to its art galleries, the 21c Museum Hotel Cincinnati features 156 rooms, a spa with three treatment rooms, and a rooftop cocktail lounge.” 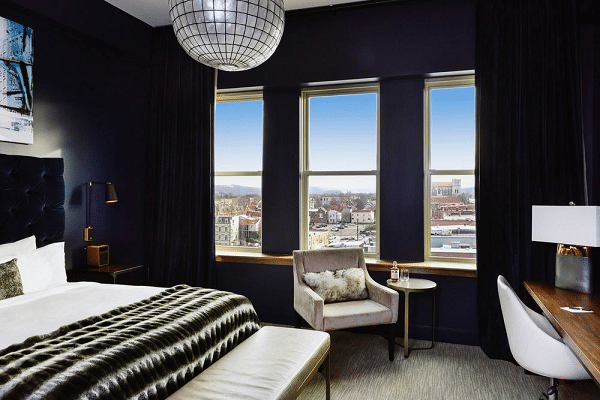 “For a stylish hotel at more affordable rates, cross the river to the new Hotel Covington in Kentucky, a former 1910 department store refashioned by the Aparium Hotel Group to hold 114 rooms, a restaurant and coffee bar.” 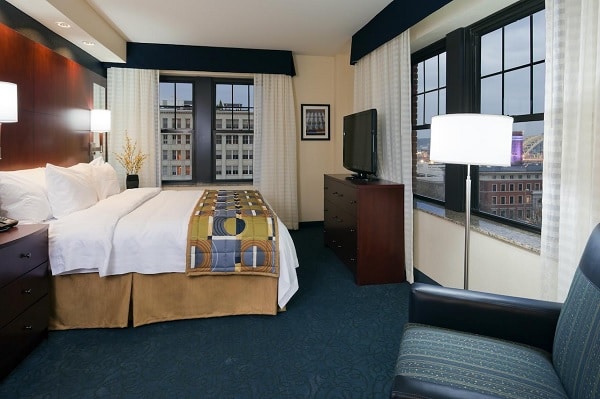 “All of the big, glistening rooms are suites with full kitchens. Located in Cincinnati’s Business District, The Residence Inn is a 10-minute walk from US Bank Arena and the Great American Ballpark.”

What are the best neighborhoods to stay in Cincinnati?
Cincinnati is a city in the Midwestern U.S. state of Ohio and is renowned for its 19th-century architecture and famous tourist spots like the Cincinnati Museum Center, Cincinnati Zoo and Botanical Garden, and Findlay Market.

Delhi Township
Delhi Township is a neighborhood that has outlets of a wide range of shopping options and stores including IHOPs, Kmarts, McDonald’s, and other outlet malls that are in great numbers in the neighborhood. The neighborhood is a landscape of rolling hills and a large number of rural countryside.

Indian Hill
Indian Hill is an upscale neighborhood that is home to several millionaires from English musician Peter Frampton to Chiquita banana CEO Carl Linder. The neighborhood is a charming area that has roads with names such as Sleepy Hollow Road and Old Hickory Lane.

Mount Adams
Mount Adams is a neighborhood that is known for its restaurants, bars, eclectic shops, narrow winding streets, historic churches, and narrow houses. The neighborhood is home to artisans with not so much money and young professionals with money.

Hyde Park
Hyde Park is one of the most high-status and respected neighborhoods in the city that is named after New York City’s Hyde Park neighborhood. The area is home to a lot of young professionals and upper middleclass families. The neighborhood has plenty of restaurants, retail shops, bars, cafes, and other establishments.

West Chester
West Chester is a neighborhood in the northern part of the city that feels more like a town than a city but has all the cosmopolitan culture, diversity, and facilities of a city.
Which Cincinnati hotel has the best rooftop bar?
Residence Inn by Marriott Hotel has a great rooftop bar. It has received excellent customer reviews recently.
Which Cincinnati hotel serves great food?
The 21c Museum Hotel Cincinnati serves great food according to recent customer reviews. If you're looking for a good breakfast or a late night dinner at a hotel in Cincinnati then try this one.
How much does it cost to stay in a Cincinnati hotel?
For a 3-star hotel you have to pay around $150 per night and for a 4-star hotel you would be looking at $200 per night. If you're after a luxury 5-star Cincinnati hotel then you can expect to pay around $320 per night.
We use cookies on this website to analyse your use of our products and services, provide content from third parties and assist with our marketing efforts. Learn more about our use of cookies and available controls: cookie policy. Please be aware that your experience may be disrupted until you accept cookies.