RecommendedRoom lists the best hotels, hostels, B&Bs and guesthouses in Chicago as recommended by the most popular travel experts from CNN, Lonely Planet, Fodor’s, New York Times and more. All hotel recommendations have been referenced with customer reviews. The ratings you see is an aggregate from several platforms and is always higher than 4 out of 5 stars. Our ratings are to be trusted as they include both customer reviews and expert opinions.

Officially known as the City of Chicago, this city is the third most populous city in the United States. Chicago has been widely described as the birthplace of the skyscraper and described as perhaps the most influential architectural city of the 20th century. Chicago is a trendsetter; it saw the creation of the first standardized futures contracts at the Chicago Board of Trade which today now accounts for 20% of all volume in commodities and financial futures.

The city is an international hub for industry, commerce, finance, telecommunications and transportation. As a major transport hub, O’Hare International Airport is one of the busiest in the world while the city has the highest number of US highways and railroad freights.

Chicago has been described as a model for economic diversification making the city attractive to several investments. Chicago is also a top destination for tourism; it is the second most visited city in the United States with tens of millions of visitors entering the city annually.

The city is also home to several landmarks that include the Millennium Park, the Art Institute of Chicago, the Navy Pier, Lincoln Park Zoo, the Willis (Sears) Tower and Museum Campus.

If you like our list of best places to stay in Chicago, then you should also check out our selection of recommended hotels in Cincinnati or best hotels in Detroit. 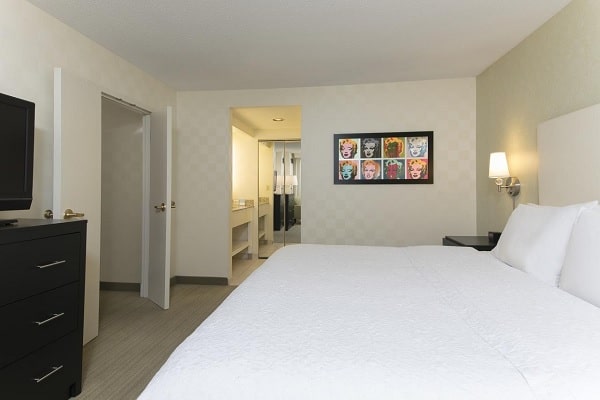 “This unique property makes you feel like a road-tripper of yore. The dark-wood-paneled rooms strike the right balance of retro vibe and modern amenities. The central location puts you near the river, Magnificent Mile shops and Millennium Park.” 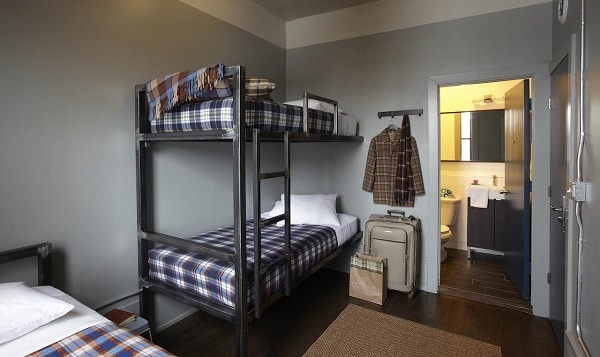 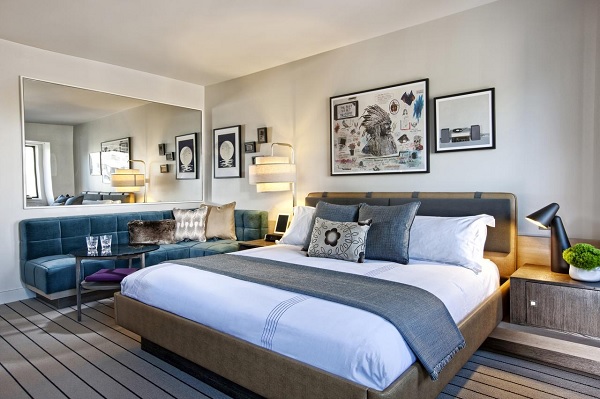 “The 247-room Thompson Chicago has a Gold Coast address with the casual opulence and views — of both city and lake — to match. A stylish, splurge-worthy hotel with an excellent location, thoughtful perks and destination-style dining without having to leave your room.” 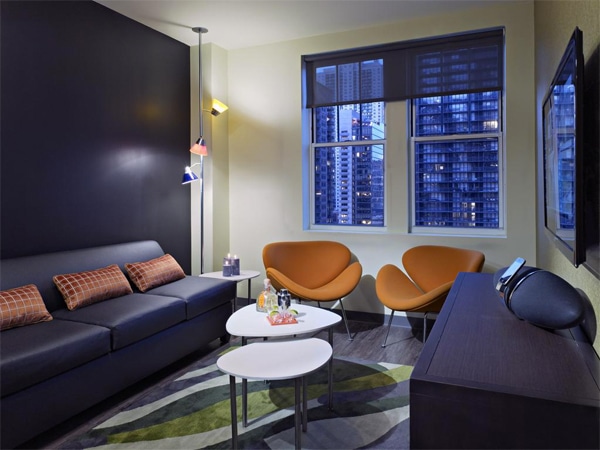 “The affordable, well-situated Acme Hotel Company has a cheekily hip, rock ‘n’ roll aesthetic that’s targeted at the Internet generation. It fulfills a need in the neighborhood, which has plenty of chain hotels and expensive lodgings lacking personality.” 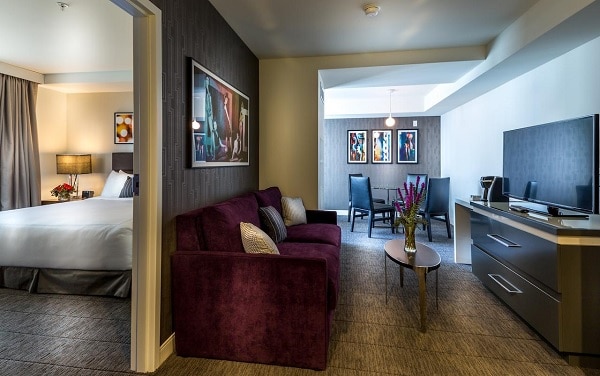 “The Godfrey boasts a Cubist-inspired facade and a marble-clad elliptical lobby. The modern design aesthetic extends to the 221 rooms and suites, many of which have skyline views. A youthful atmosphere pervades the stylish hotel, as evidenced by the high-energy music playing in the lobby day and night.” “Open since 2013, a Mies van der Rohe-designed skyscraper is now home to the city’s hottest stay. The Langham Chicago stands out for its winning mix of impeccable service, sleek style, and outstanding location.”

Featured as Fodor’s Choice in Chicago. 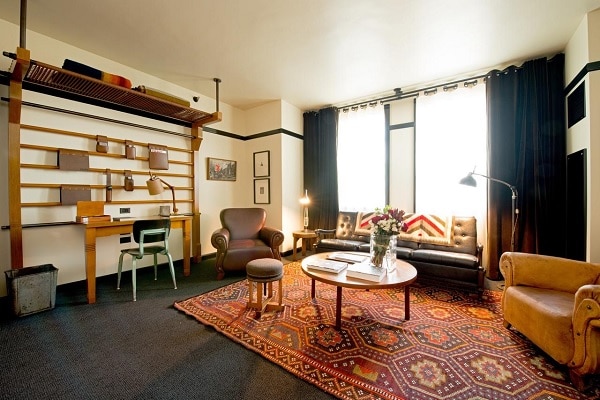 “Gorgeously restored and imbued with a modern spirit of play, the Chicago Athletic Association captures many of the city’s most compelling attractions — architecture, history and food — under one handsome roof.” 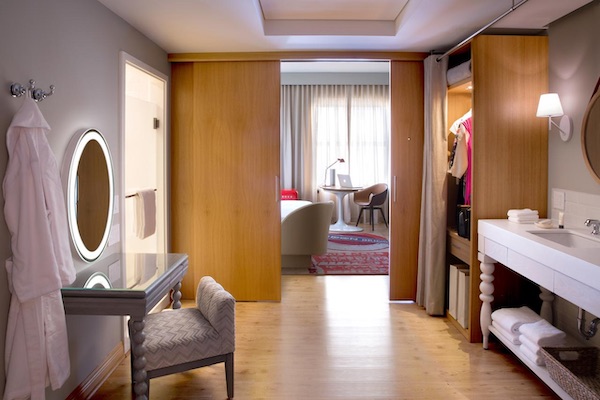 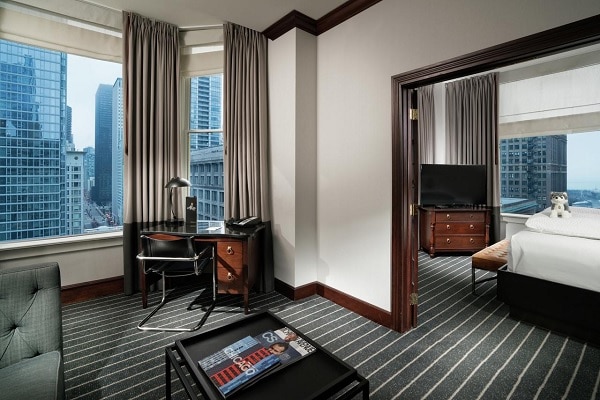 Staypineapple at The Alise Hotel, Chicago “Humming, industrial-vibe magnet for Google employees who work across the street, and urban nomads checking in to check out the banging West Loop—and the city’s cultural attractions beyond. Well worth it for the insider access to a great restaurant, skyline-framing rooftop bar, and exposure to local art.” 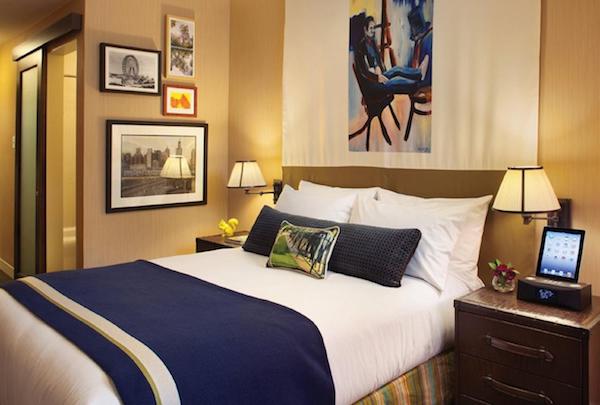 “Across from Lincoln Park, this historic hotel’s cool, kitschy vibe still feels authentic, thanks to details like the original Hotel Lincoln sign in the lobby. Guest rooms combine vintage and modern elements, including original art.”

Featured as Fodor’s Choice in Chicago. 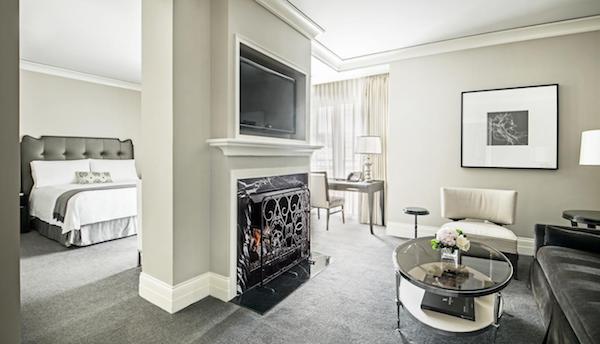 “Built in 2008 as the Elysian, the Waldorf Astoria brand took over the space in 2012, and has done a superb job of maintaining its elegant, over-the-top image.” “The 1929-vintage Carbide and Carbon Building newly houses the 364-room St. Jane hotel in the Loop. Named for the pioneering social worker Jane Addams, the hotel plans to donate 1.1 percent of hotel revenue to a local charity. Guests will find local brands in the minibar and a destination all-day American brasserie, Free Rein, on the ground floor.”

Where to stay in Chicago?
Chicago is a city in the Midwestern U.S. state of Illinois and is the third largest city in the U.S. by population. Some of the best neighborhoods in Chicago are:

Bridgeport
Bridgeport is a working-class neighborhood that is transforming with the establishment of bakeries, bars, and restaurants. The area is acclaimed for its bars and breweries that serve best drinks in the city. Schaller’s Pump, the oldest bar in the city, is located in the neighborhood.

Chinatown
The Chinatown neighborhood in Chicago is not as big as the Chinatowns located in San Francisco or New York but is large enough for you to remain entertained all through your stay. The neighborhood has Chinatown Square that houses the biggest Chinese shopping mall in the Midwestern region, Chinatown Gate, or Wentworth Avenue for delicious dim sum treats.

Hyde Park
Hyde Park is a neighborhood that is located in the southern side of the city and is a cultural throve and is the home to the Museum of Science and Industry, the University of Chicago campus, the home of former President Barack Obama, Frank Lloyd Wright’s Robie House, among several other places.

Wicker Park
Wicker Park is a neighborhood that is replete with vegetarian restaurants, vintage boutiques, artisanal donut shops, tree-lined streets, and other beautiful features.
How much does it cost to stay in a Chicago hotel?
Hotels in Chicago aren't cheap. For a 3-star hotel you have to pay around $170 per night and for a 4-star Chicago hotel you would be looking at $225 per night. If you're after a luxury 5-star hotel then you can expect to pay around $400 per night.
Which Chicago hotels offer the best rooftop bar?
Looking for a drink with a view in Chicago? Try The Godfrey Hotel, Hotel Lincoln or the Virgin Hotel. All those hotels have excellent customer reviews for the rooftop bars.
Which Chicago hotel serves a great breakfast?
The Langham Hotel is probably your best bet if you're looking to start the day with a great breakfast. Customers have rated the breakfast buffet there as excellent.
Which Chicago hotels are good for a romantic getaway?
If you're looking for a great Chicago hotel for couples then try The Thompson Hotel or The Langham Hotel. Both hotels have excellent customer review ratings by couples.
We use cookies on this website to analyse your use of our products and services, provide content from third parties and assist with our marketing efforts. Learn more about our use of cookies and available controls: cookie policy. Please be aware that your experience may be disrupted until you accept cookies.