We list the best hotels, hostels, B&Bs and guesthouses in Buenos Aires as recommended by the most popular travel experts from CNN, Lonely Planet, Fodor’s, New York Times and more. All the hotel recommendations have been referenced with customer reviews. The ratings you see in this review are an aggregate from several platforms and is always higher than 4 out of 5 stars. Our ratings are to be trusted as they include both customer reviews and expert opinions.

Buenos Aires is the capital of Argentina as well as being the most populous city in the country. The name Buenos Aires translates to “fair winds” or “good airs”. Considered an alpha city by the study GaWC5, Buenos Aires contributes a large portion to the entire economy of Argentina.

Buenos Aires is rated one of the best cities to live in Latin America with its ‘quality of life’ ranked 91st in the world, which makes it one of the highest-ranked in the region.

As a major tourist destination, it is popularly known for its preserved Spanish/European-style architecture and a vibrant cultural life. As a symbol of its high level of hospitality, the city is home to multiple ethnic and religious groups with several languages being spoken in the city. The city is regarded as a “melting pot” where several ethnic groups live together making it one of the most diverse cities of Latin America.

In a survey carried out by Travel + Leisure, Buenos Aires was rated the second most desirable city to visit in the world. Several tourism options such as tango shows and traditional Pasado are present in Buenos Aires.

If you like our list of design hotels in Buenos Aires, then you should also check out our selection of recommended hotels in Rio de Janeiro or best hotels in Santiago de Chile. 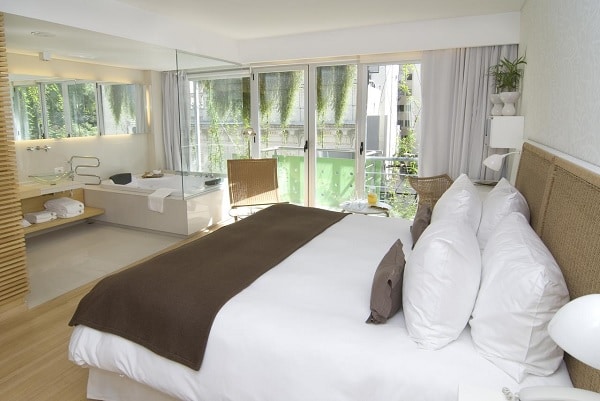 “This wellness hotel in the heart of downtown Buenos Aires has taken the concept of in-house spa to a new level, equipping each of its 17 rooms with jetted tubs.” 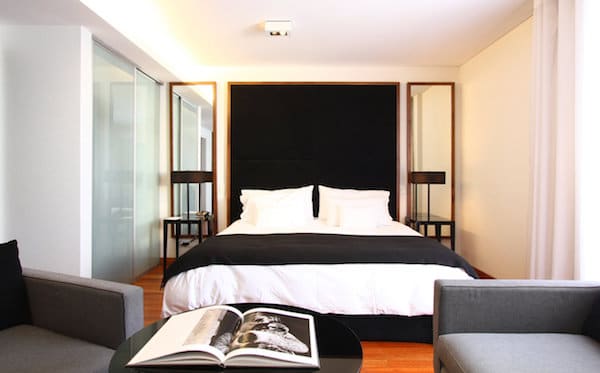 “With a great location in Palermo Hollywood, the Fierro of a much more expensive hotel. The suites, some with balconies, are spacious, and the ground-floor restaurant, Uco, does one of the best brunches in town.” 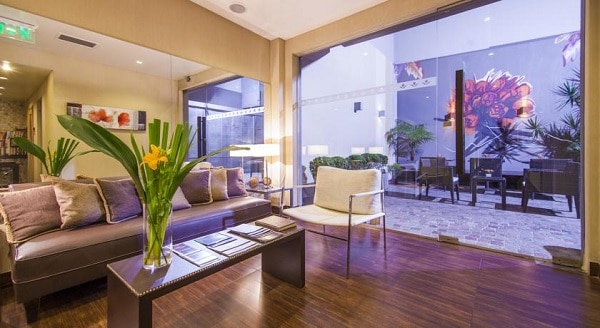 “Despite the slightly off-putting name, the Glu is a charmer: all the room are suites with comfy king-size beds, and the staff members are some of the friendliest and most helpful in the entire city.” 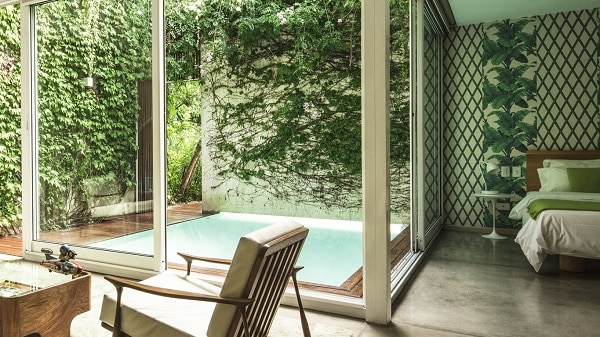 “Design and comfort are key at this 20-room hotel in hip Palermo Hollywood. From Florence Knoll furniture to William Morris wallpaper, every detail has been hand-picked by the British-Argentinian owners.” 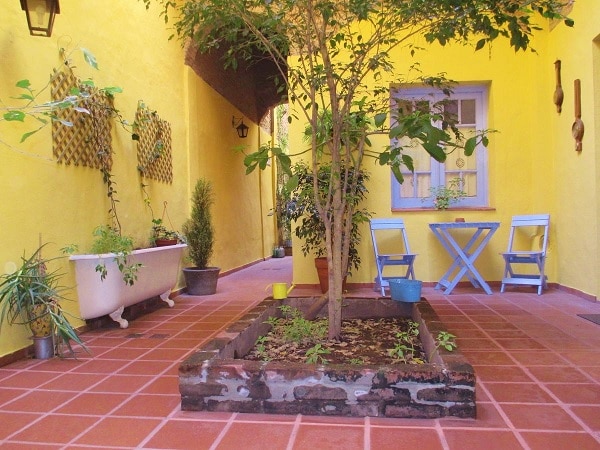 “Close to edgy Constitución, this cosy, four-room B&B in San Telmo is run by a French expat, Yann. A sunny courtyard is home to two rooms, while the other two are set back from the street; all are en suite with showers.” “A huge makeover converted this art nouveau former sewing machine factory in Monserrat into a 59-room hotel – Palacio Barolo is two doors down. Head to the terrace for a cityscape of domes and spires.” “This familial guesthouse in the Soho area is a pink-painted corner building lived in by its expat owners. Its interior embraces four rooms, each with private bathroom. A Spanish roof terrace tops the amenities here, and is the location for barbecues, tango classes and wine tastings.” 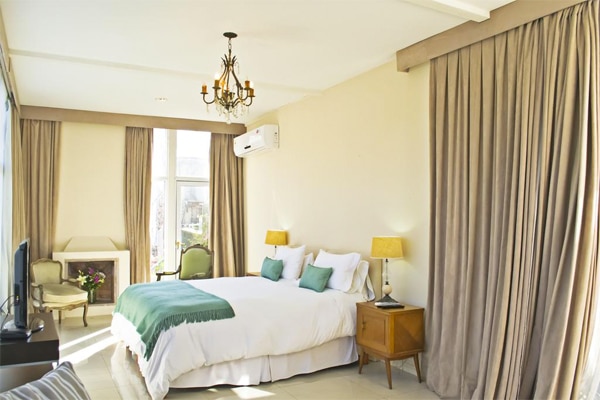 “L’Hôtel Palermo opened in the fashionable Soho district at the end of 2011. Its boutique design is inspired by the hotels of vintage Paris and contains petite, contemporary suites that are each uniquely decorated with restored furnishings.” 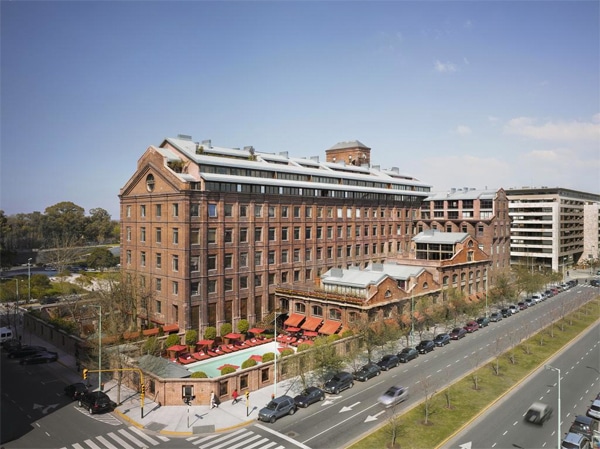 “Conceived for the travelling rock star, the ultra-hip Faena is a recycled 1902 port building located in the exclusive Madero Este docklands zone. Its Philippe Starck design conserves the cavernous, red brick shell of the iconic building.” 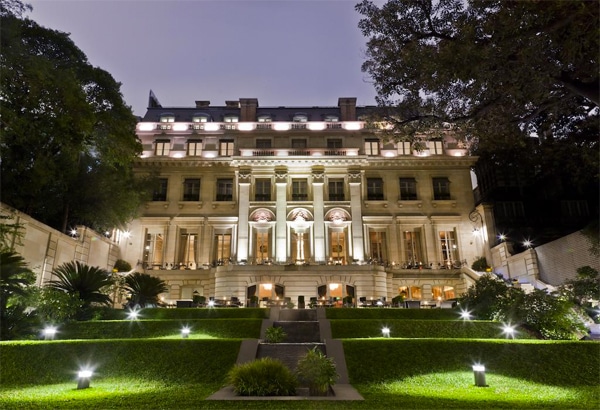 “There is a sensation of flow at the Park Hyatt, whose setting is a converted mansion dating from 1934. Its marbled passageways run like streams, extravagant chandeliers appear to unravel from ceilings, and one elegant-chic space after another opens invitingly before guests.” 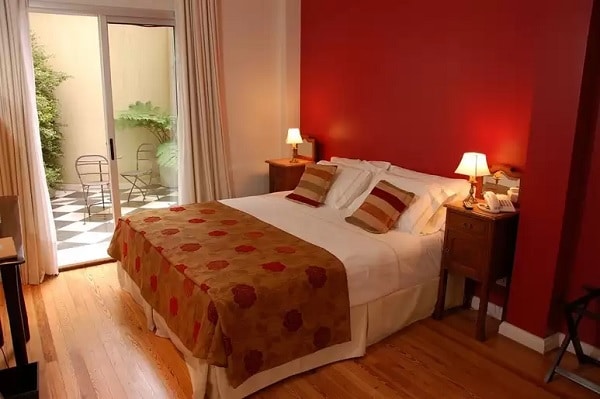 “This classy boutique hotel is in a gorgeously restored old house. Its eight impeccably groomed rooms are bathed in muted colors and fitted with elegant furniture; some have a patio or balcony.” 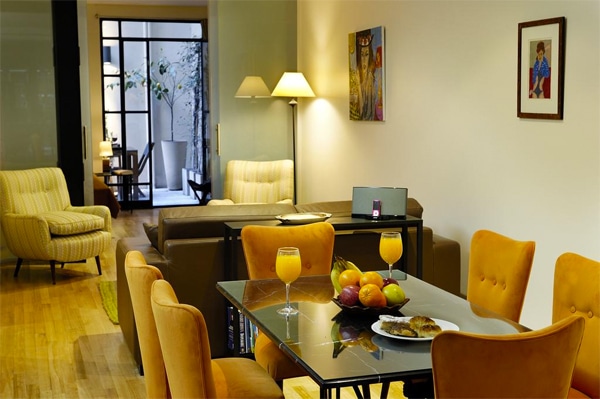 “These gorgeous studios and one-bedroom apartments are perfect for families. Each one is different, eclectically decorated with reproduction antique furniture.” 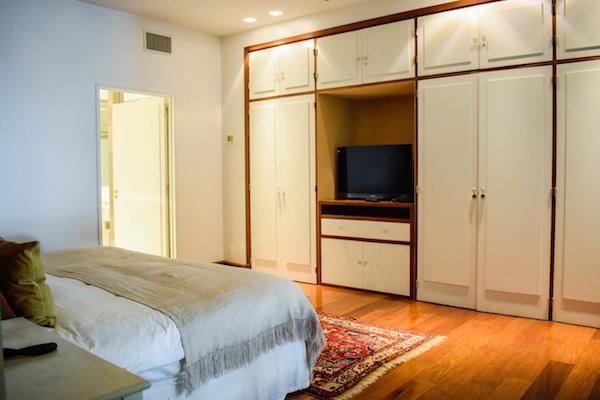 “A gathering-point for all things interesting and beautiful in Buenos Aires, this new, discreet Recoleta boutique hotel focuses on its insider connections to provide supreme five-star concierge service, offering more of an all-encompassing travel experience than a simple hotel stay.”

Almagro
Almagro is a neighborhood that has a high population density and is filled with commercial activity. A former diary centre and industrial hub during the 1800s, the neighborhood has metamorphosed into a centre of culture.

Barracas
Barracas is a neighborhood that has an interesting history. It used to be a barrio in the 1800s that was famous for its zeitgeist environment. However, things were not the same after the yellow fever epidemic. During the 20th century, many wealthy families owned properties and gradually factories were established and eateries and cafes were opened. Now, the neighborhood boasts of colorful buildings and facades.

Caballito
Caballito is a neighborhood that is the exact geographic center of the capital city and it derived its name from the horse-shaped weather vane on top of a gauchos’ bar. The neighborhood is home to some really large plazas and has a lake that is enclosed by a mile-long jogging track.

La Boca
La Boca is the neighborhood that has La Bombonera stadium – the home of Boca Juniors. The neighborhood also boasts of eateries that provide great food, exceptional service at a low price – making it a foodie’s paradise. A word of caution though, the area has some blocks that are high in crime rate and visitors are advised to steer clear of these areas.

Villa Crespo
Villa Crespo is a neighborhood that is a melting pot of various cultures and has an old world charm to it. The area is known for its quite environment and is a great place to stroll about or stay for a while.
How much does it cost to stay in a Buenos Aires hotel for a night?
For a double room in a 3-star Buenos Aires hotel you pay around $60 per night on average. A 4-star hotel in the capital of Argentina will cost you $90 per night and a luxury 5-star hotel will cost you around $175 per night.
Which Buenos Aires hotels offer a great breakfast?
Looking to start the day with some good breakfast? Try the Fierro Hotel or the Tango de Mayo Hotel. The breakfast at both hotels has been rated as excellent by recent guests.
Which hotel has the best rooftop bar in Buenos Aires?
The Magnolia Boutique Hotel offers one of the best rooftop terraces with some lovely views of Buenos Aires.
We use cookies on this website to analyse your use of our products and services, provide content from third parties and assist with our marketing efforts. Learn more about our use of cookies and available controls: cookie policy. Please be aware that your experience may be disrupted until you accept cookies.