We list nothing but the best hotels, hostels, B&Bs and guesthouses in Budapest as recommended by the most popular travel experts from CNN, Lonely Planet, Fodor’s, New York Times and more. All hotel recommendations have been referenced with customer reviews. The ratings you see is an aggregate from several platforms and is always higher than 4 out of 5 stars.

Budapest is a leading global city in several sectors such as media, art, finance, research, technology, education, entertainment and commerce. All these make the city one of the most visited yearly worldwide.

The city is regarded as one of the most beautiful cities in Europe and was ranked the second-best by Conde Nast Traveler while it was rated “Europe’s 7th most idyllic place to live” by Forbes. Several tourist attractions such as the Museum of Fine Arts, which is the most visited art museum, Hungarian National Museum, Franz Liszt Academy of Music, Hungarian State Opera and House of Terror. The Danube River is recognized as a UNESCO World Heritage Site.

If you like our list of design hotels in Budapest, then you should also check out our selection of recommended hotels in Vienna or best hotels in Athens. 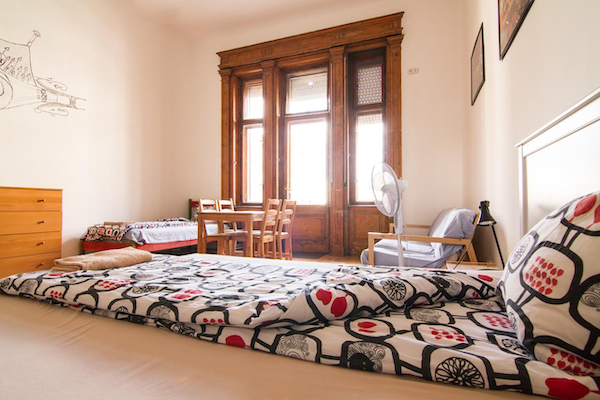 “Spread across several different buildings in central Budapest, this personable and characterful hub offers a range of accommodation from dorms and private rooms in self-catering apartments. All are well maintained and service is friendly and helpful.” 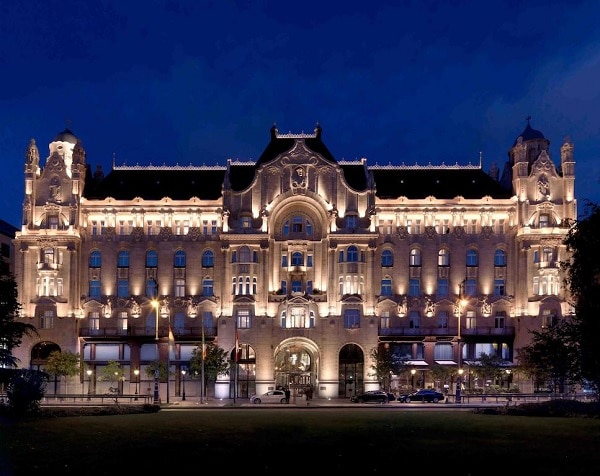 “With its two-million-piece mosaic tiled floor, 19th-century stained glass roof panels and intricate ironwork, the Four Seasons in Budapest is an art nouveau masterpiece. Rooms are spacious and luxe with vaulted ceilings and marble bathrooms” 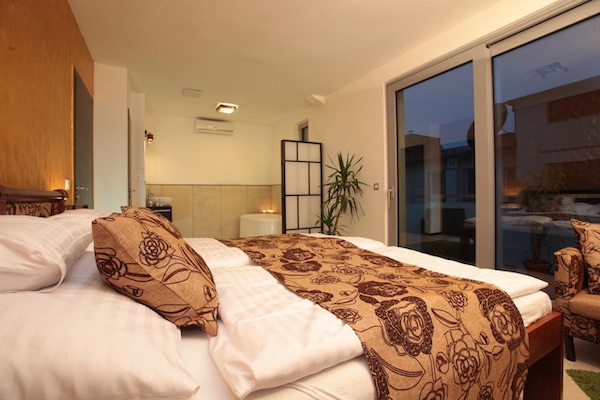 “This B&B offers a fantastic bird’s eye view of this beautiful city. Steps lead up from the little breakfast room to the a rooftop terrace, with one of the best panoramas I’ve seen.” 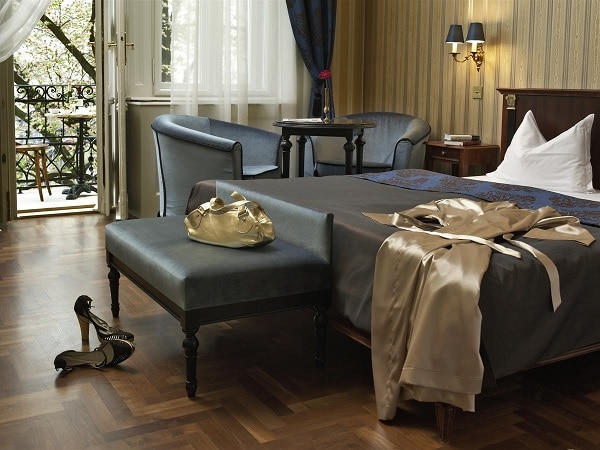 “Gerlóczy hits the mark with an excellent combination of good value, decor and atmosphere. Set over four floors of an 1890s building on an attractive square, the individually designed and well-proportioned rooms all have king-sized beds.” 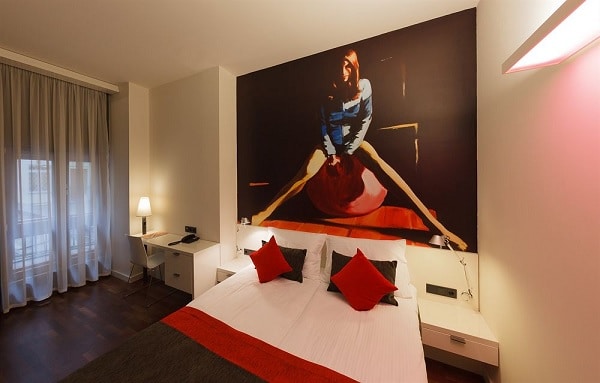 “Though the rooms at this delightful small hotel are a little on the compact side, each one is decorated in its own individual style (the suites done by local artists – we particularly like Room 302).” 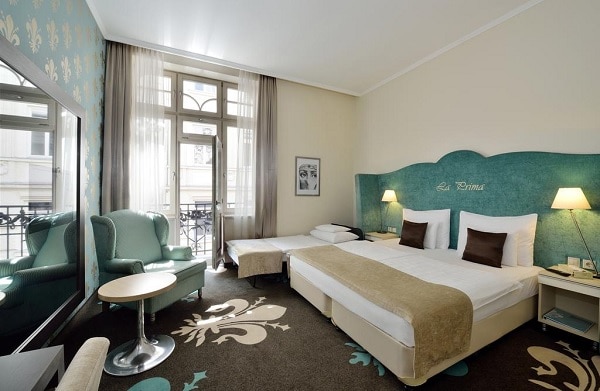 “Closer to the action in Pest, just off touristy Vaci Utca, is the La Prima, a self-styled “fashion hotel” that opened in 2011.” 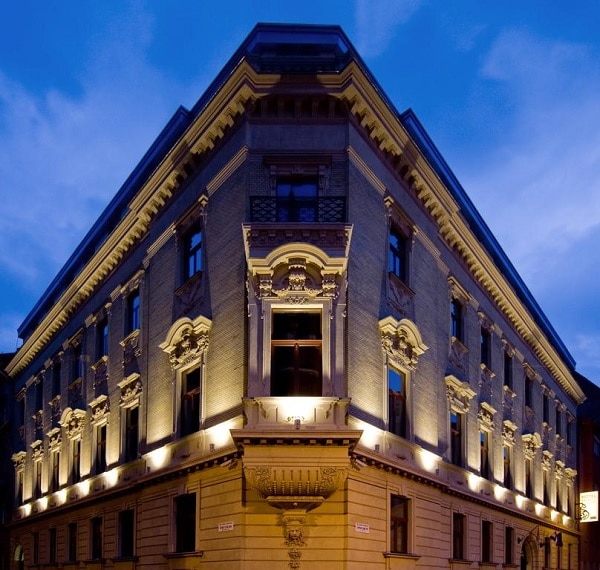 “Design hotels can sometimes feel insubstantial. Not so the Palazzo Zichy, a stylish, chic 80-room establishment that opened in 2009 in a restored 19th-century mansion, whose thick walls lend a sense of solidity. The mix of original, neo-Baroque stairwells and modern minimalist décor probably shouldn’t work, but it does.” “Located in the Jewish Quarter, in its previous life the Zara was an elegant bathhouse. The 272-room hotel has art deco touches throughout, and offers great amenities for business travelers as well as for tourists.” “Brody House is more than just a super-cool boutique hotel in the up-and-coming Palace District. It’s also a hub of creativity, focused on showcasing and supporting local artists, designers, writers, musicians and other creative types.” “When it opened in 2013, this boutique hotel brought a welcome shot of style to the Castle District; it’s a good option for design lovers who like to avoid the chains.” “The Corinthia first opened as the luxurious Grand Royal Hotel in time for the Magyar Millennium in 1896, and, despite being destroyed during Hungary’s 1956 revolution, it’s just as luxurious today.”

Featured as Fodor’s Choice in Budapest. “There’s a lot to love about this fantastic, 10-room boutique hotel that has opened on the site of Hungary’s oldest hotel. Each room is individually designed, with oak floors, excellent bedding and quirky touches.” “Guests looking for excellent yet affordable views of St. Stephen’s Basilica can book one of three rooftop suites at 12 Revay Hotel, or chose one of the 53 smaller rooms at the hotel, which opened in 2015.” “Ten years after the arrival of the posh Callas cafe and restaurant, Callas House opened directly upstairs in 2016, offering 25 beautiful rooms and suites on Pest’s most stylish boulevard, next door to the Budapest Opera.”

Várkerület
Várkerület is a neighborhood located on the Buda side of the capital city and is the home to a wide array of the city’s beautiful landmarks. It is a residential neighborhood that offers striking panoramic views over the River Danube and the Pest side of the city. With its cobblestone-paved paths, traditional cafés, colorful buildings, the area holds charm for locals and visitors alike.

Erzsébetváros
Erzsébetváros is a neighborhood that is home to a plethora of clubs and bars that offer plenty of nightlife options. It is also a cultural hotspot and boasts of the Dohány Street Synagogue that provides great insight to the cultural heritage of the city.

Józsefváros
Józsefváros is a sprawling neighborhood that has a bohemian feel and filled with restaurants chic and bars. It is the home to the Semmelweis University that makes it a strong educational hub and its sociable atmosphere and casual eateries adds unique charm to it.

Terézváros
Terézváros is a lively neighborhood in the central part of the city with a wide range of eateries and places of interest.
How much does it cost to stay in a Budapest hotel for a night?
A 3-star hotel in Budapest will cost you around $95 per night. For a 4-star hotel you will have to pay $140 per night and a luxury 5-star hotel in Budapest will cost you around $270 per night.
Which Budapest hotels offer a good breakfast?
If you're looking for Budapest hotels that offer a good breakfast, try the Four Seasons Hotel Gresham Palace or the Corinthia Hotel. Both hotels have excellent customer reviews ratings for their breakfast.
We use cookies on this website to analyse your use of our products and services, provide content from third parties and assist with our marketing efforts. Learn more about our use of cookies and available controls: cookie policy. Please be aware that your experience may be disrupted until you accept cookies.