We list the best hotels, hostels, B&Bs, and guesthouses in Brussels as recommended by the most popular travel experts from CNN, Lonely Planet, Fodor’s, New York Times and more. All hotel recommendations have been referenced with customer reviews. The ratings you see are an aggregate from several platforms and is always higher than 4 out of 5 stars. Our ratings are to be trusted as they include both customer reviews and expert opinions.

Brussels is the capital of Belgium; the Brussels-Capital Region is located in the Central portion of the country, taking a part of the French Community of Belgium and the Flemish Community of Belgium. As a result of this unique location, Brussels is an important city in Belgium.
The city is a major center of international politics and has been the home of several international organizations, diplomats, civil servants and politicians. Brussels is also the de facto capital of the European Union, making it an important political center. As of 2016, Brussels is ranked the 20th largest capital city of the European Union.

Brussels holds an important distinction of being one of the greenest capitals in Europe making it a naturally beautiful city. Numerous parks and gardens are littered throughout the city of Brussels while the Sonian Forest was recognized as a UNESCO World Heritage Site in 2017.

If you like our list of design hotels in Brussels, then you should also check out our selection of recommended hotels in Paris or best hotels in Amsterdam. 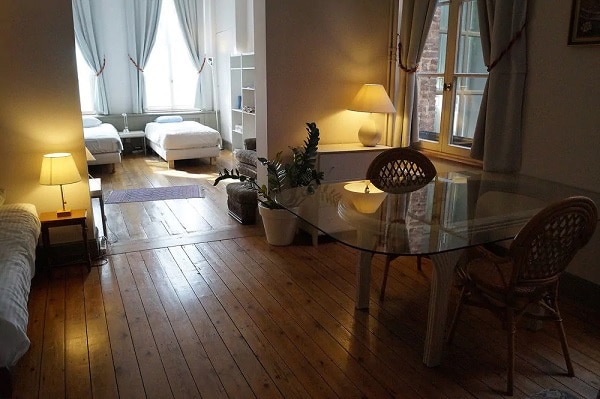 “An idiosyncratic, warmly friendly venture, housed in a 17th-century mansion with a hip Ste-Catherine location and a mix of dorms (some mixed sex) and rooms.” 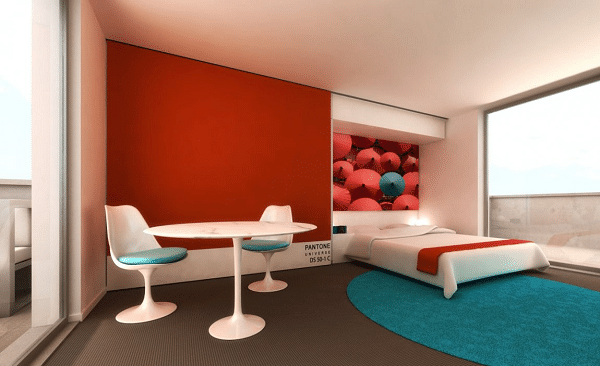 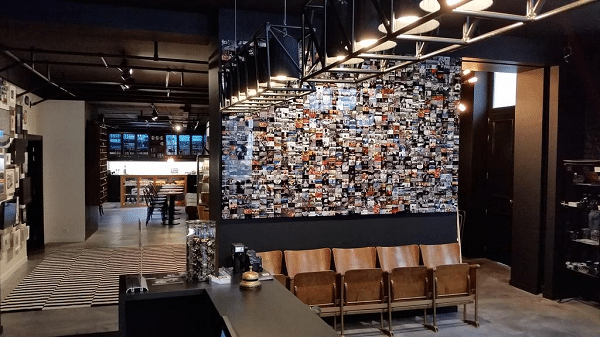 “Steps from the fashionable shops of Avenue Louise, the photo-themed Zoom Hotel has 37 rooms and a gallery-like lobby with a beer bar and a boutique selling everything from Belgian chocolate to camera accessories.” 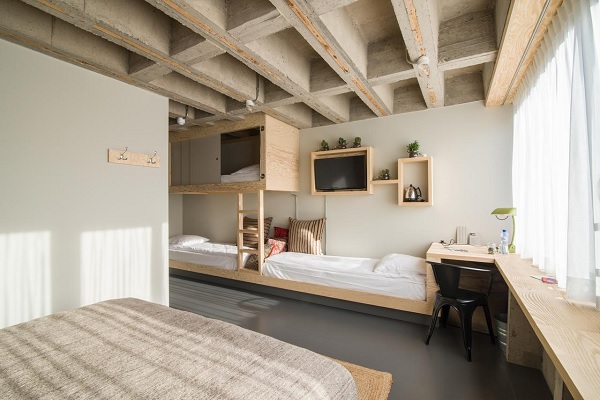 “Though not in the most picturesque part of Brussels, JAM gets good grades for its stylish raw design, alluring public spaces, cheerful Italian staff, cool nearby hangouts, abundant on-demand extras and a very reasonable price tag.” 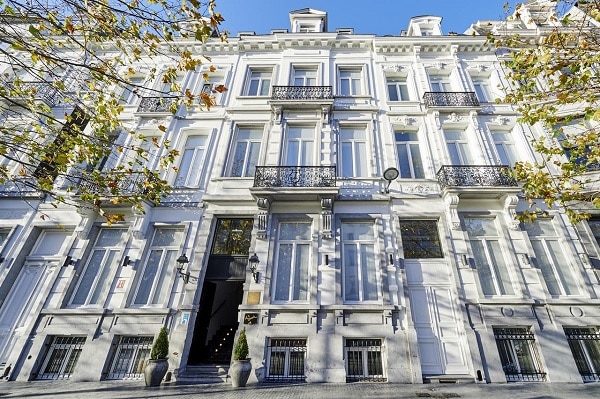 “The 47 rooms of this grand 1900s mansion have just been fashionably renovated, finally offering a smart address in this fast-changing neighbourhood, perfectly situated between the multicultural Midi Station and tourist sights around the Grand Place.” 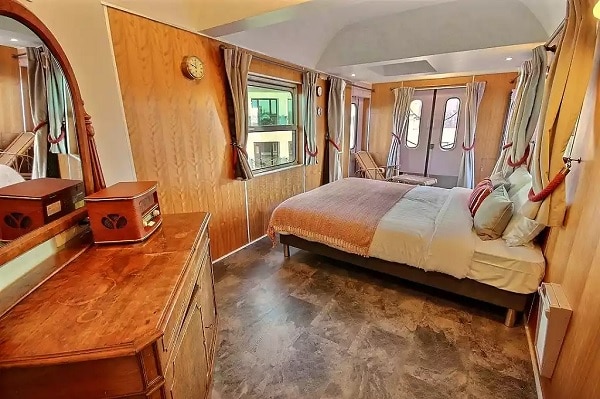 “This unique 200-bed hostel is next to Train World, and guests can sleep in comfy four-bed dorms, authentic couchettes in actual train compartments, or splash out for the retro luxury suite in a carriage balanced on the roof.” 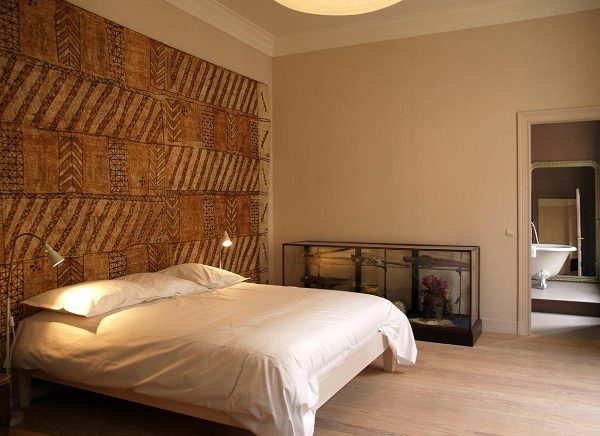 “This classy B&B has an incredible location right within the gorgeous (if reverberant) Galeries St-Hubert. Delectable decor styles include African, modernist and ‘Madame Loulou’ (with 1920s nude sketches).” 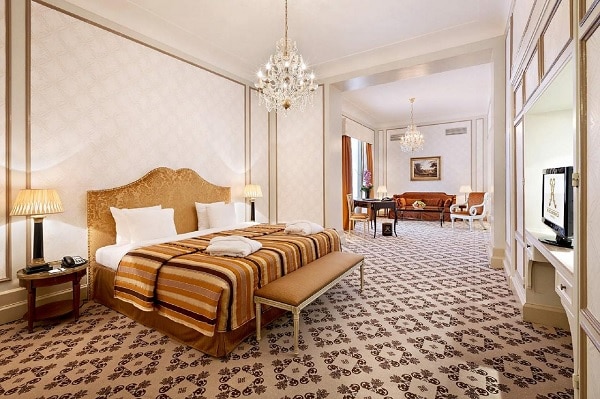 “Rooms at Hôtel Métropole have been redecorated in styles varying from art deco to ‘Venetian Baroque’ – slightly overcolourful for some tastes. Much of the furniture is restored from 1930s originals.” 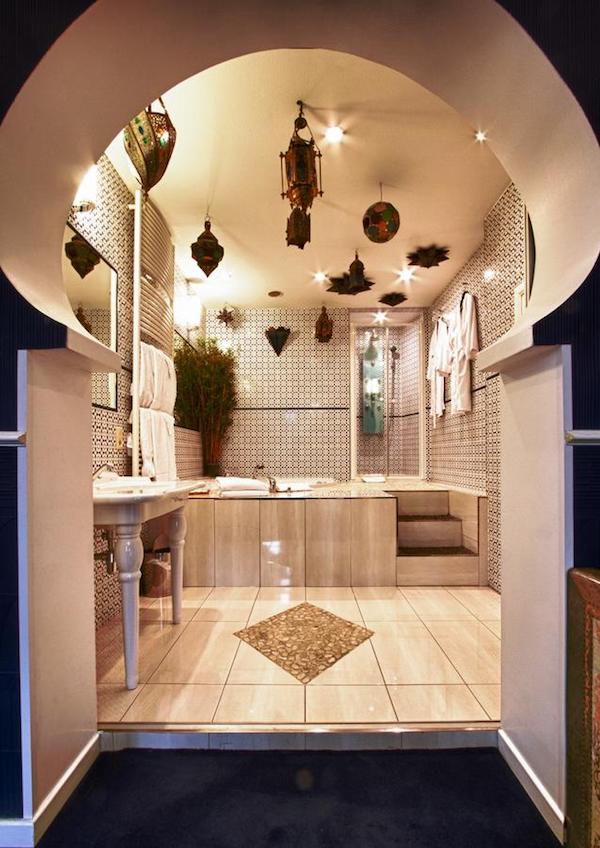 “Each of the rooms is inspired by a different destination that the owners, Michel and Sophie Smeeters, have visited. To ‘create’ Morocco, India, Japan, China, Bali, Tibet, and other parts of the world, the very hands-on Smeeters brought back all the furnishings and luxurious fabrics, objects, and artifacts that you see in the rooms.” 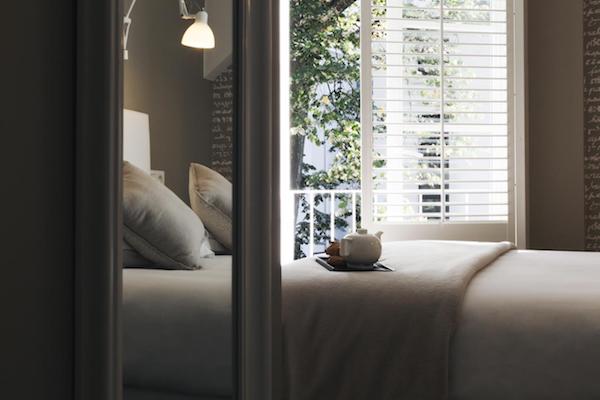 Hotel Made In Louise, Brussels

“A charmingly renovated 18th-century building is the setting for this exquisite, family-run boutique hotel, found deep in the fashionable Louise neighborhood. The rooms are bright and tastefully simple, decorated in either single or two-tone colors.”

Featured as Fodor’s Choice in Brussels. 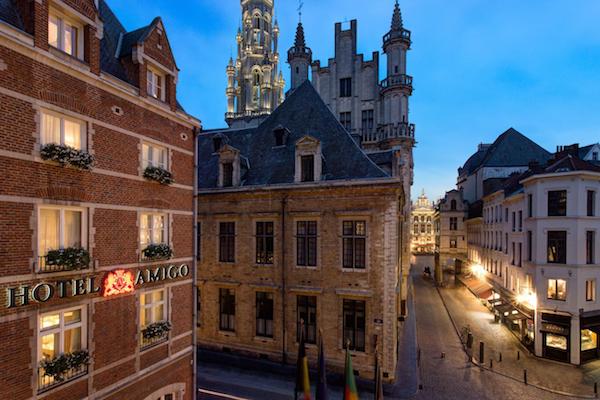 “If you have the money to stay here, then the Amigo is definitely the number-one place to stay in Brussels. It’s got it all: the best location in the heart of Brussels, beautifully decorated rooms that look out onto the rooftops of the Hotel de Ville, great service from a well-trained and charming staff, and great Italian food at the Ristorante Bocconi.”

Ixelles
Ixelles is a neighborhood that is popular with the expats and it falls into different regions Bois de la Cambre that leads to the abbey area and leafy ponds, stylish Châtelain is noted for its café culture, Avenue Louise is known for its upmarket restaurants and shops, and Chaussée d’Ixelles has the Matongé.

Etterbeek
Etterbeek is a neighborhood that is replete with strikingly beautiful streets lined with early 20th-century townhouses. The neighborhood has awesome public transport facilities and accommodates a wide range of European institutions. The area has schools and cultural areas at l’Espace Entrée Libre, Théâtre Yvan Baudouin-Lesly Bunton, Théâtre St-Michel, and l’Espace Senghor.

Saint-Josse-ten-Noode
Saint-Josse-ten-Noode is a neighborhood that is called as 'commune with many faces' and is one of the smallest communes in the city. It has several attractions such as Nouveau Quartier Nord, Place Madou, Place Rogier and Baroque L’église Saint-Josse.

Schaerbeek
Schaerbeek is a neighborhood in the northern part of the city that is a melting pot of art, architecture, cultures, food, and living places. The neighborhood has green spaces, open streets, cultural centres, sporting facilities, schools, and shops.
Which Brussels hotels are the best for couples?
If you're looking for a romantic hotel in Brussels, then try the Hotel Made In Louise or the Rocco Forte Hotel Amigo. Both hotels have excellent ratings from couples.
How much does it cost to stay in a Brussels hotel?
For a 3-star hotel, you will have to pay around $125 per night. A 4-star Brussels hotel will cost you around $170 per night and if you're looking for a luxury 5-star hotel in Brussels then you would have to pay approximately $210 per night.
Which Brussels hotels offer great breakfast?
Looking to start your day with a great breakfast? Try Guesthouse The Captaincy or Hotel Made In Louise, both hotels offer excellent breakfast buffets.
Which Brussels hotel has the best rooftop bar?
If you're looking for a hotel with an excellent rooftop bar, then try the JAM Hotel. It's got some nice views and a lovely atmosphere.
We use cookies on this website to analyse your use of our products and services, provide content from third parties and assist with our marketing efforts. Learn more about our use of cookies and available controls: cookie policy. Please be aware that your experience may be disrupted until you accept cookies.