We list the best hotels, hostels, B&Bs and guesthouses in Beijing as recommended by travel experts from CNN, Lonely Planet, Fodor’s, New York Times and more. All hotel recommendations have been referenced with customer reviews. The ratings you see are the aggregate from several platforms and is always higher than 4 out of 5 stars.

Beijing is typically described as a cradle of humanity as a result of its large influence on politics, technology education, arts, language, science, architecture and culture of the world. The city ranks highly in major indexes amongst cities in the world, such as indexes on capital status, international influence, quality of life and consumption level.
Beijing is also one of the most visited cities worldwide as a result of numerous tourist attractions littered throughout the city. As one of the oldest cities in the world, this is a further attraction to this beautiful.

The Beijing Capital International Airport is the second busiest airport in the world by passenger traffic, a distinction it has held since 2010 while the city’s subway network doubles as the busiest and second largest in the world. All these make Beijing a major transport hub in the world.

Beijing is home to popular tourist attractions such as the Forbidden City, Temple of Heaven, Summer Palace, Ming Tombs, Zhoukoudian, the Grand Canal and parts of the Great Wall of China. All these are UNESCO World Heritage Sites.

If you like our list of design hotels in Beijing, then you should also check out our selection of boutique hotels in Shanghai or luxury hotels in Tokyo. 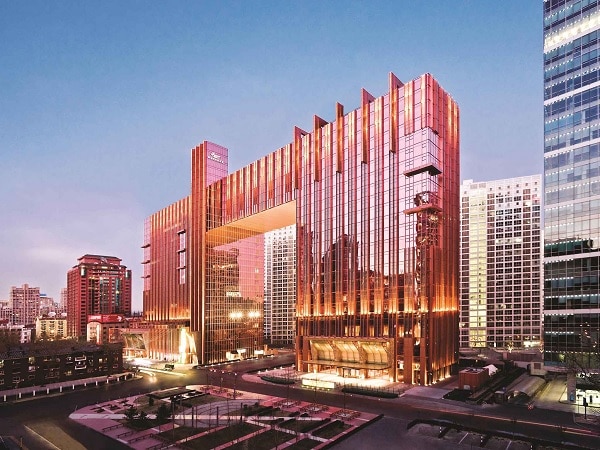 “The 222-room Fairmont Beijing, opened in 2010, has excellent English-speaking service and is conveniently located a short taxi ride from the Forbidden City, SanlitunCQ and the Temple of Heaven. The top-of-the-line Gold Rooms offer great views from the skybridge on the 20th floor and 24-karat-gold rain showerheads.” 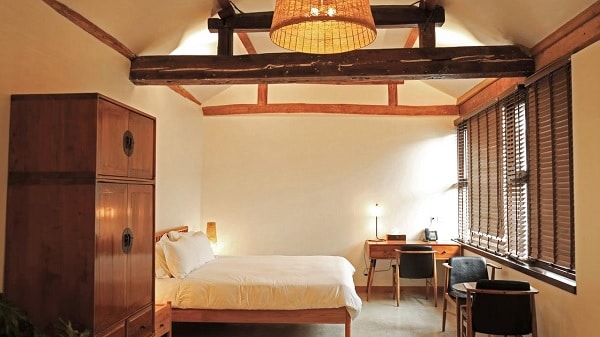 “A laid-back hotel in one of the city’s most vibrant hutong neighborhoods, The Orchid offers a relaxing way to experience local life in old Beijing. From a trio of roof terraces you can catch sight of the famed Drum and Bell Towers looming over tiled rooftops.” 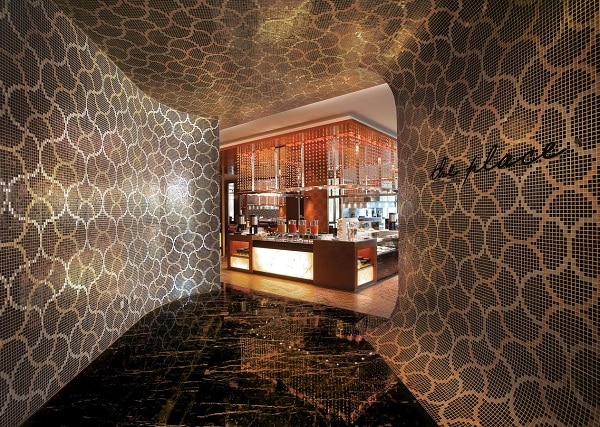 “Although just a minute away from the international airport, this 372-roomer succeeds in being more than a place to pass out during a layover. With contemporary Chinese art filling the hotel, Cordis has a cheeky, creative atmosphere.” 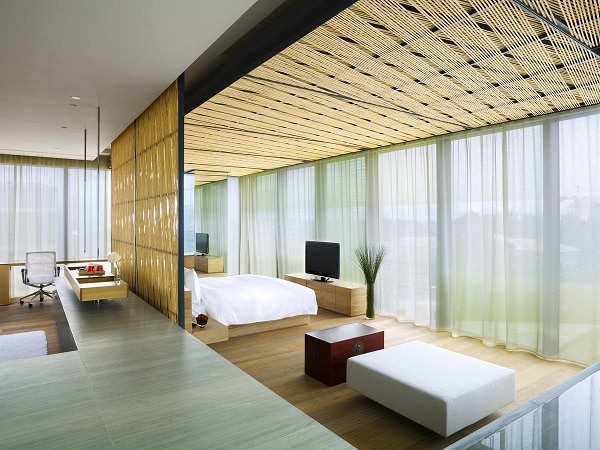 Hotel The Opposite House, Beijing

“The Opposite House is the city’s hippest address. The work of Japanese architect Kengo Kuma, this 99-room boutique hotel shows off modern Beijing’s commitment to design and style.” 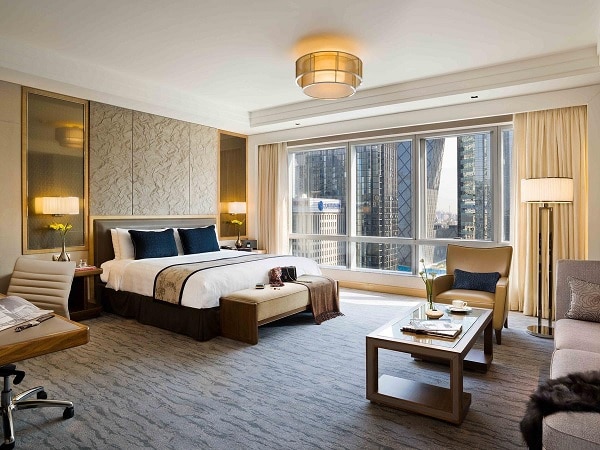 “Few hotels capture the bustling energy of cosmopolitan Beijing like the Kerry Hotel. Style and service runs through the veins of the downtown hotel. Bright, airy rooms are equipped with space age bathroom equipment.” 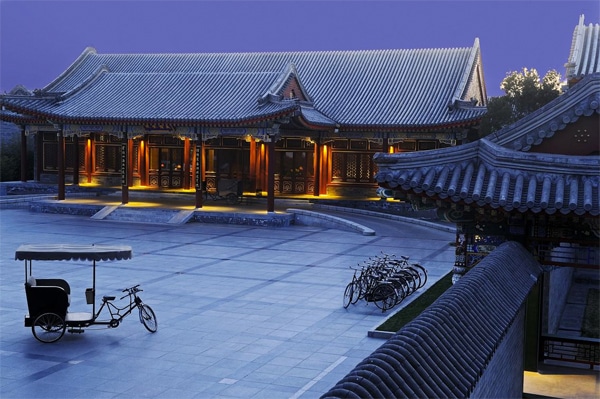 “Hard to fault this exquisite hotel, a candidate for best in Beijing. It’s located around the corner from the Summer Palace – parts of the hotel date to the 19th century. The big rooms are superbly appointed, and contained in a series of picture-perfect pavilions set around courtyards.” 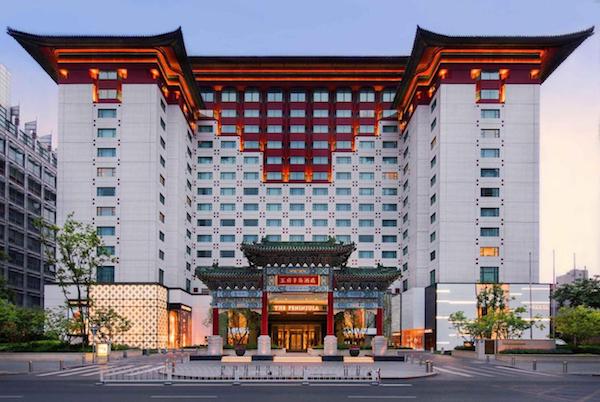 “People pay top dollar to stay at the Peninsula Beijing, but they know it’s not a gamble. It’s a cosseting experience from start to finish, and a fine way to ensure your entire trip is seamless.” 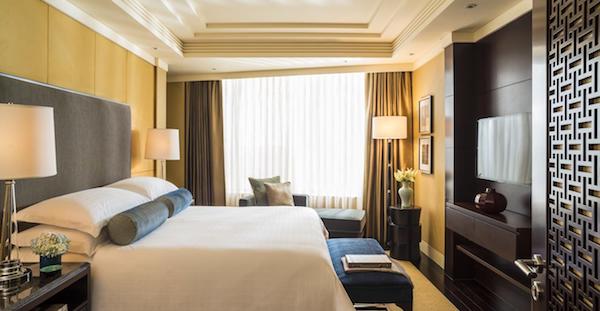 “Even the most modest “deluxe” rooms at the Four Seasons Beijing come with state-of-the-art tech, bathtubs with city views, and clever architecture that seems to amplify the already generous 46 square meters (500 square feet) of living space.”

Featured as Fodor’s Choice in Beijing.

CBD Neighborhood
Beijing’s Central Business District neighborhood is the most lavish replete with contemporary serviced apartments that gives mesmerizing view of the city. The neighborhood is home to numerous fine dining restaurants, shopping malls, cafes, bars, and other high-end amenities. Even though the neighborhood is pricier, the views and amenities are worth it.

Sanlitun
Sanlitun is a neighborhood that is known for its large number of nightclubs, bars, and shopping complexes. The neighborhood also houses a mix of skyscrapers apartment and complexes that are home to both residential and commercial realty. The area is popular among expats and locals who have a higher living budget and looking for high-class amenities.

798 Art District
798 Art District is a neighborhood that is Beijing’s official art district and is primarily a place for artists and tourists. Visitors from all over the globe make their stop at this neighborhood to witness the amazing work of art, while aspiring artists make this place their second home to try their luck in arts.

Beixinqiao
Beixinqiao is a neighborhood that is filled with shops, breweries, restaurants, and hutongs and is popular among expats. The area is smaller compared to the adjoining neighborhoods and is dwelled by middle income working professionals and people looking to taste the life in a hutong.

Dongzhimen
Dongzhimen is a neighborhood that is filled with skyscrapers and storefronts and is popular among professionals earning high salary. The neighborhood is home to restaurants and shopping complexes, making it expat-friendly.

Yonghegong
Yonghegong is a neighborhood that is the home to some of the best tourist spots and housing complexes with both traditional and modern amenities. The area as an equal mix of apartment and hutong living and is ideal area for visitors looking to get a taste of Beijing’s culture.
How much does it cost to stay in a Beijing hotel for a night?
For a 3-star hotel, you would be paying around $65 per night. If you're looking for a 4-star hotel then you probably have to pay around $110 per night. For luxury 5-star hotels the average price is around $185 per night.
Which Beijing hotels offer great breakfast?
If you're looking for a hotel in Beijing that offers a great breakfast, then try the The Orchid Hotel or Hotel Fairmont. Guests of those hotels have rated the breakfast of those hotels as excellent.
What is the best hotel near The Forbidden City in Beijing?
If you're looking for a hotel near The Forbidden City, then try The Peninsula Hotel. It might be a bit pricey but it certainly is the best hotel in that area.
We use cookies on this website to analyse your use of our products and services, provide content from third parties and assist with our marketing efforts. Learn more about our use of cookies and available controls: cookie policy. Please be aware that your experience may be disrupted until you accept cookies.