We only list the best hotels, hostels, B&Bs and guesthouses in Bangkok as recommended by travel experts from CNN, Lonely Planet, Fodor’s, New York Times and more. All the hotel recommendations you see have been referenced with customer reviews. The rating you see is an aggregate collected from several platforms and is always higher than 4 out of 5 stars.

Numerous multinational corporations have their headquarters in Bangkok due to the Asian Investment Boom of the 1980s and 1990s. Bangkok is a major force in the region of Asia, both in finance and business. As an international hub for transport and health care as well as arts, fashion and entertainment, Bangkok is the widely visited by tourists throughout the year.

The city of Bangkok is widely popular for its street life and cultural landmarks which makes it even more attractive to visitors. The notorious red-light districts of Bangkok are famous throughout the world, an important source of attraction and entertainment in the city.

Bangkok was named the “World Best City” for four consecutive years by Travel + Leisure while it is named world’s most visited city in the MasterCard’s Global Destination Cities Index.

If you like our list of design hotels in Bangkok, then you should also check out our selection of boutique hotels in Singapore or luxury hotels in Hong Kong. 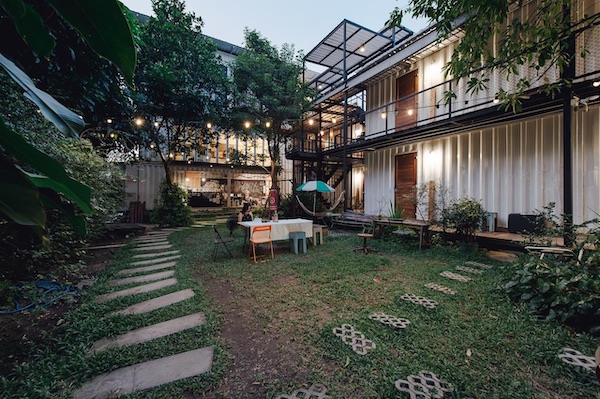 “The Yard Hostel is an attractive and funky collection of container dorms and rooms located in one of the backstreets of Ari, a hip residential quarter near the famous Chatuchak weekend market. The garden and common areas make this hostel a great place to socialise for solo travellers.” 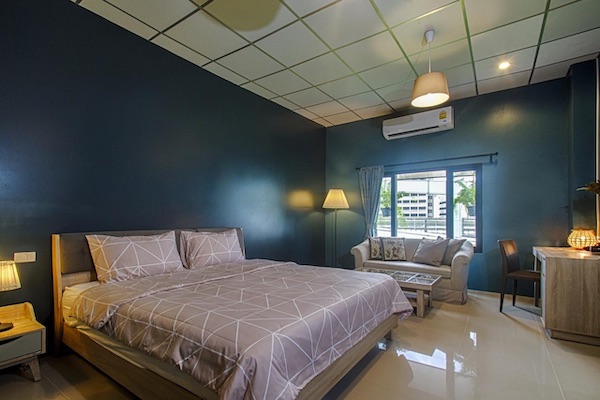 “Created to connect people through cooking, the well-run Hom Hostel sits incongruously on the edge of one of Bangkok’s nightlife areas. But with clean dorms, simple rooms, a huge kitchen, a rooftop garden and cooking demos and classes, it’s a great option for travellers curious about Thai cuisine.” 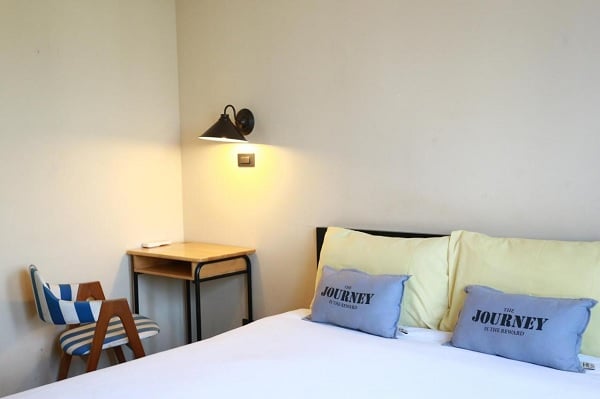 “A 1920s building with 12 dormitories and nine private rooms — splurge at the adjoining 80/20. Decorated in an industrial style, the gallery-restaurant serves daring, playful and delectable neo-Thai concoctions.” 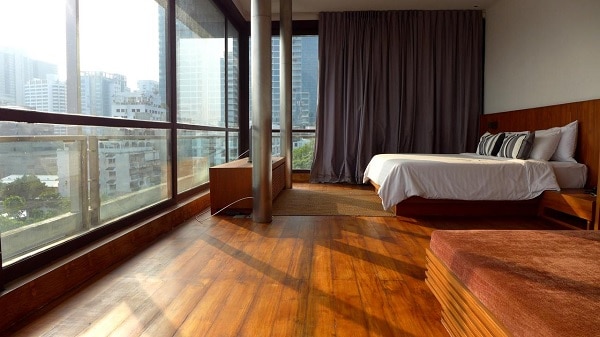 “The smart, quiet Luxx XL is in the upmarket Lang Suan area near the British Embassy, with large, simple rooms.” “The Siam@Siam Design Hotel Bangkok feels just right among sky trains, high rises and gigantic malls – smart, very cosmopolitan, but informal. It also has a superb downtown location near some of the city’s best shops and restaurants.” 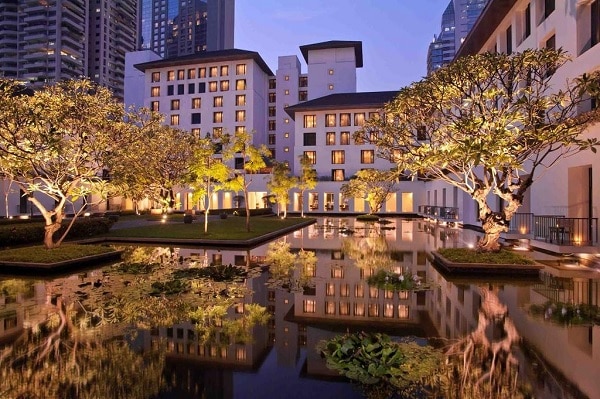 “Those who wish to experience Bangkok in regal splendour should try The Sukhothai Bangkok, which has old-world charm, an excellent choice of restaurants and a great location.” “With floor-to-ceiling windows in its 25 rooms and a lively rooftop restaurant with river views, the new Riva Arun makes for a great spot to soak in the scenery.” 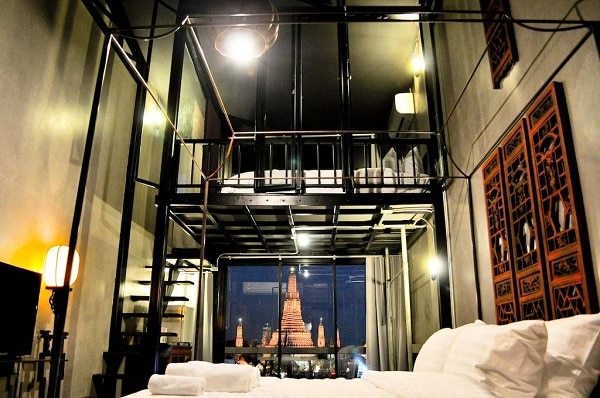 “Signs of this riverside boutique’s previous existence as a coconut sugar factory are everywhere, from the original storage tins in the walls to the oversized wheels of jaggery that serve as tables in the restaurant.” “The place is crammed with curios, ranging from the intriguing (retro typewriters) to the downright kooky (cheetah skulls). It’s got character to burn, not to mention a rooftop pool, a restaurant serving Isaan and Lao cuisine, and prime location just off of Sukhumvit Road.” 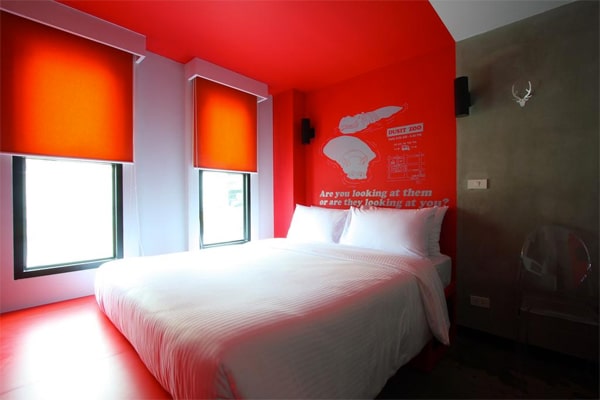 “Lub D proves that being on a budget doesn’t have to mean losing out on style or location. There are two Lub D “hostels” in Bangkok, both rocking an industrial chic design. The original is on Decho Road, off Silom. The newer Siam location is opposite National Stadium, close to the BTS SkyTrain and a short walk to Siam Square and the malls of Rajaprasong.”

“The Galleria 10 is a 188-room, chrome-and-glass hotel with modern furnishings. It’s geared toward “always-on-the-go” business travelers, with high-speed Internet access included in the room rate.” 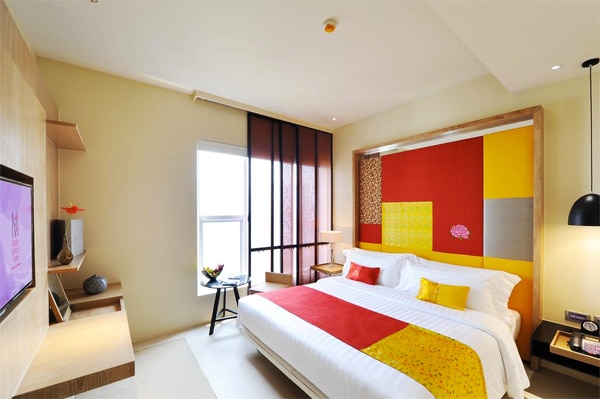 “Mode Sathorn has 201 rooms and suites in five categories, each featuring a different design concept, plus a presidential suite on the 36th floor. F&B offerings come in the form of three restaurants and three bars.” 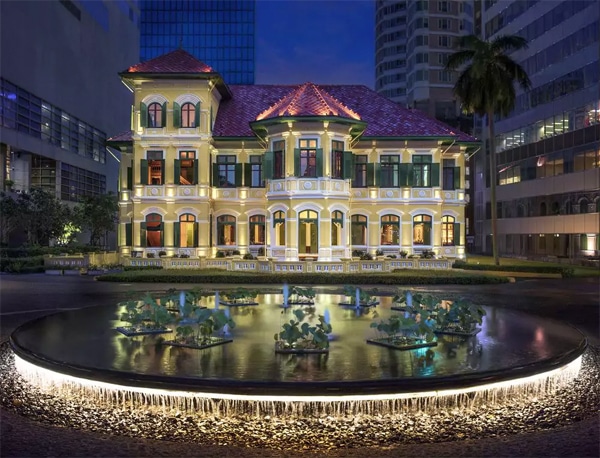 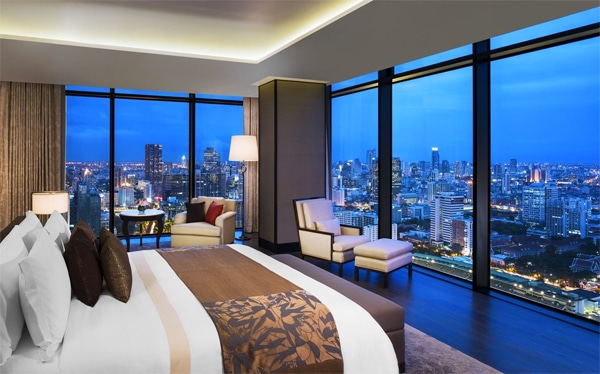 “With an ideal central location, every amenity imaginable, and an attention to service that’s above and beyond, the hotel is the perfect spot for the discerning high-end traveler.”

Featured as Fodor’s Choice in Bangkok. “More than 100 years old, the Mandrin Oriental’s Author’s Wing retains its magical aura with its picturesque parlors, each named for a scribe they once hosted, including the likes of Somerset Maugham, Joseph Conrad and Ernest Hemingway.” “Opened in late 2017, the 231-room Lancaster Bangkok is a spacious and luxurious newcomer with a gym, spa, restaurant, rooftop pool and multiple bars.” “The hotel’s personality is spelled out by the stores in the mall it’s connected to—all upscale, all chic. Park Hyatt Bangkok offers top-notch luxury in a prime spot connected to the exclusive Central Embassy mall and Ploen Chit BTS station.” 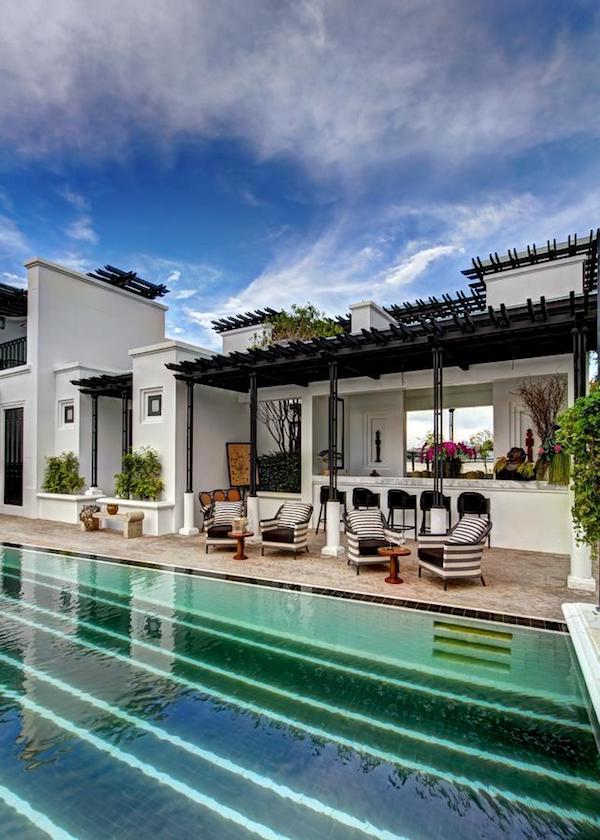 “The Siam, opened in 2013, is something very special, and though the rates are astronomical, the place is already the talk of the town. With just 38 suites and pool villas, the smallest of which is 860 square feet, it offers the height of luxury.” 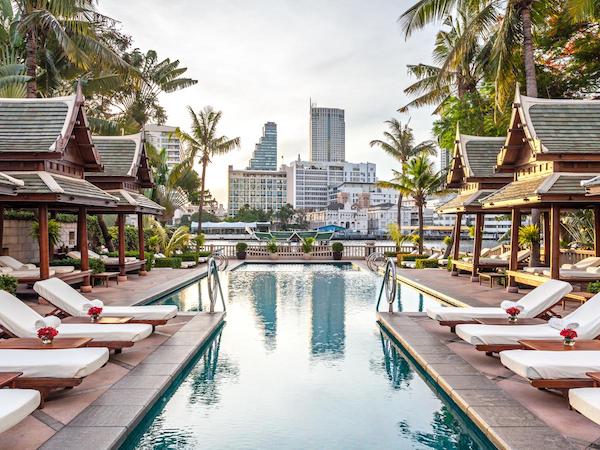 “There are a handful of super luxurious hotels in Bangkok, and the Peninsula should be considered one of the finest of the group. Situated on the west side of the Chao Phraya River, the hotel defines quality with spacious river-view rooms, incredible drinking and dining options, and a world-class spa.”

Featured as Fodor’s Choice in Bangkok.

Banglamphu
Banglamphu is among the main neighborhoods in the city that is lined with numerous hippie markets, street food options, live music, and much more. The neighborhood is home to one of the most notorious streets named Khao San Road. The area also is home to religious sites Wat Suthat and Wat Saket.

Bangrak
Bangrak is a neighborhood that is famous both for its food and nightlife. From fine-dining restaurants to bakeries, a majority of eateries are situated right next to BTS Skytrain Station Sala Daeng. The neighborhood is also home to nightclubs and discotheques.

Ekkamai
Ekkamai is a neighborhood that has one of the busiest bus terminals in Bangkok and is a great option for visitors on move. The neighborhood has swanky coffee shops, shopping malls, and art centers where travelers can pass their time and experience the local way of life.

Thonglor
Thonglor is a neighborhood that serves as a center of connection to the other neighborhoods in the city. The neighborhood is home to several nightclubs, gaming bars, eateries, cafes, as well as landmark tourist spots such as Benjasiri Park.
Which Bangkok hotels offer great breakfast?
If you're looking for a Bangkok hotel that offers great breakfast then try the Hotel Park Hyatt or The Sukhothai Hotel. Inn A Day Hotel offers an excellent Thai breakfast if you want to try that.
Which Bangkok hotel offers a great rooftop bar or rooftop restaurant?
Looking for a great view while having your dinner or drinking a pint? Siam@Siam Design Hotel has a great rooftop bar, while the Cabochon Hotel & Residence offers an excellent rooftop swimming pool and Hotel Riva Arun offers a fabulous rooftop restaurant. It's not a hotel but the Sky Bar offers probably the best views of Bangkok.
Which Bangkok hotel offers the best views?
You can get some of the best views of Bangkok from Inn A Day Hotel and Hotel Mode Sathorn. It's not a hotel but the Sky Bar offers probably the best views of Bangkok.
How much does it cost to stay in a Bangkok hotel?
Hotels are relatively cheap in Bangkok compared to other major cities in the world. For a 3-star hotel in Bangkok you'll pay around $45 per night. A 4-star Bangkok hotel will cost you approximately $85 a night and a luxury 5-star hotel will cost around $165 per night.
We use cookies on this website to analyse your use of our products and services, provide content from third parties and assist with our marketing efforts. Learn more about our use of cookies and available controls: cookie policy. Please be aware that your experience may be disrupted until you accept cookies.