We list the best hotels, hostels, B&Bs and guesthouses in Athens as recommended by some of the most prominent travel experts in the business, from CNN, Lonely Planet, Fodor’s, New York Times and more. All hotel recommendations come with referenced customer reviews. The ratings you see is an aggregate from several platforms and is always higher than 4 out of 5 stars.

Athens is a historic city with one of the richest history in the entire human history. Classical Athens was a very powerful city-state which was a result of the seagoing development of the port of Piraeus. The city of Athens is widely considered the cradle of Western civilization as well as being regarded as the birthplace of democracy.

In recent times, the city has become a large cosmopolitan metropolis and central to the economic, financial, maritime, industrial, cultural, social and political life in Greece.

Athens was ranked the 39th richest city by purchasing power in the year 2012, as well as doubling as the 67th most expensive city to live in the world, in a study done by UBS.

The port of Piraeus is the largest passenger port in the whole of Europe while it is the second largest in the whole world. The heritage of the city is what makes it even more attractive to tourists and visitors, with places such as Acropolis of Athens and Daphni Monastery constantly visited throughout the year. Both landmarks are UNESCO World Heritage Sites.

The popular architectural trilogy of Athens consists of National Library of Greece, National and Kapodistrian University of Athens and the Academy of Athens are popular tourist attractions in the city.

If you like our list of best places to stay in Athens, then you should also check out our selection of recommended hotels in Istanbul or best hotels in Vienna. 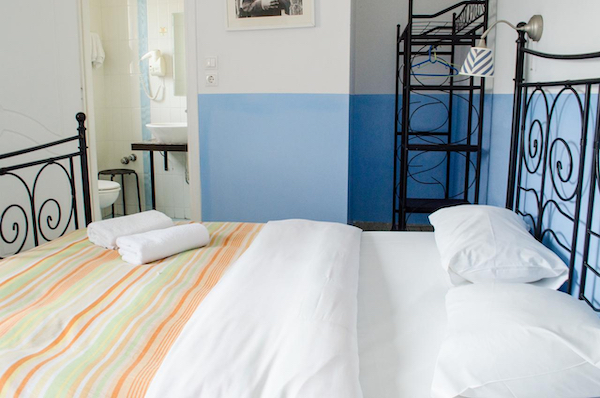 “This cosy, cheerful and casual boutique hostel, tucked down a tiny urban road in the Psirri district, encourages travellers to meet with lots of communal spaces, including a scenic rooftop bar and restaurant known for its happy hour.” 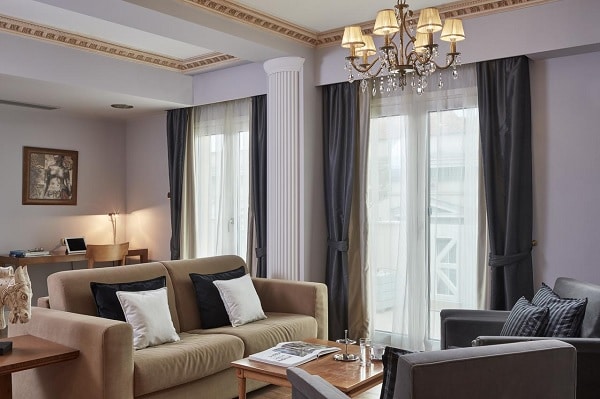 “The small and elegant Ava Hotel, has only 15 rooms, all suites, but it’s in the historic neighborhood of Plaka and offers views of the Acropolis and the Temple of Olympian Zeus.”

“The arty and bold New Hotel, designed by Fernando and Humberto Campana, two brothers, is situated near Syntagma and has 79 beautifully designed rooms. The hotel also has an excellent restaurant and the seventh-floor rooftop New Art Lounge and is decorated with contemporary art collected by its Greek-Cypriot owner, Dakis Joannou.” 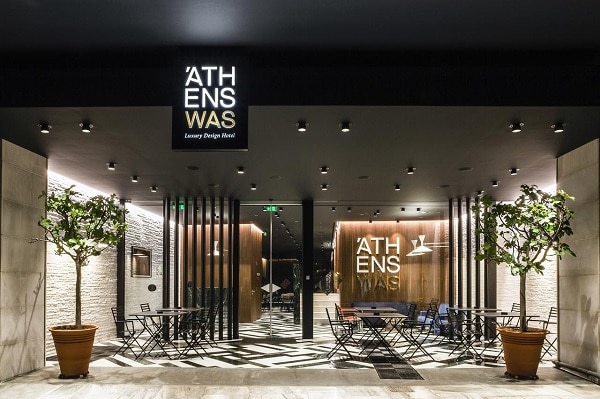 “The 21-room AthensWas, with its clean-lined Classic Modernist interiors, is steps away from the Acropolis Museum.” 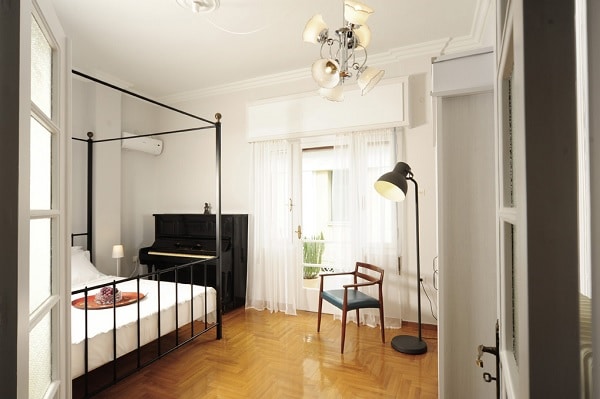 “For an apartment stay with concierge services, check into Live in Athens, a selection of 11 colourful flats in various sizes, all within a stroll of the main attractions.” 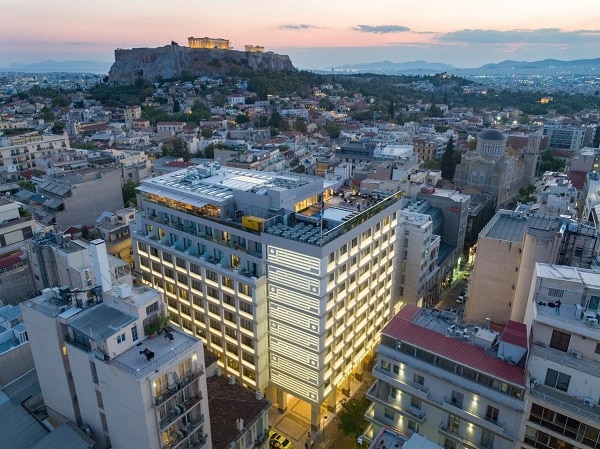 “This 216-room hotel has sweeping views of the Parthenon, an outdoor pool, and is centrally located near Syntagma Square. There are three restaurants, a rooftop bar, a sauna and a Turkish bath in the Electra Metropolis.” 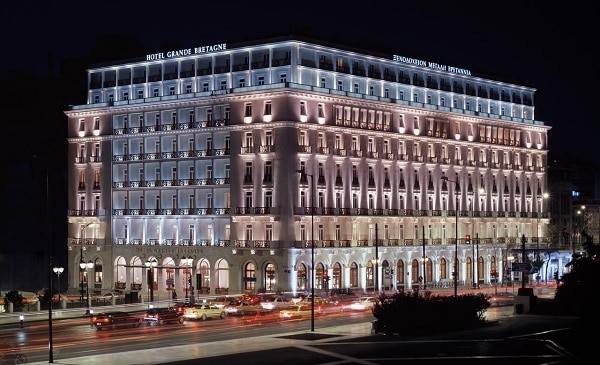 “The grande dame of hotels in Athens sits opposite the Parliament on Syntagma Square and has been a beacon of luxury and sophistication in the city for many years. There are many draws to this 1842-vintage building that used to be a private mansion.” 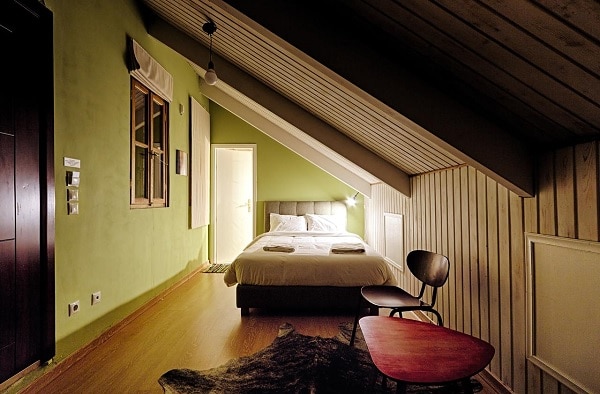 “It’s not the cheapest hostel going, but with its jaunty style and helpful staff, City Circus does lift the spirit more than most ultra budget lodgings.” 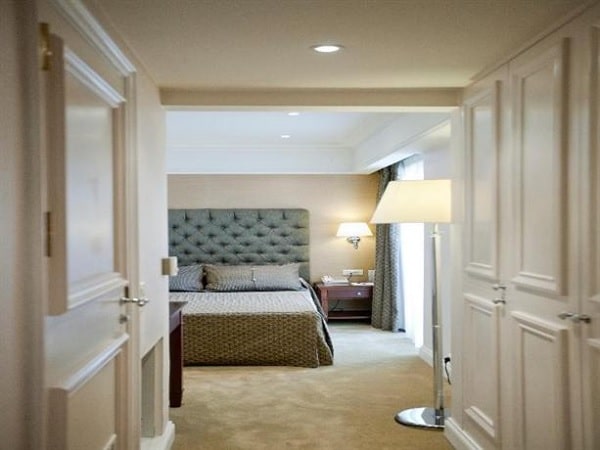 “Behind its elegant neoclassical facade, this boutique hotel was totally rebuilt. But the formal interior design stays true to exterior style, with lots of brass and dark wood.” 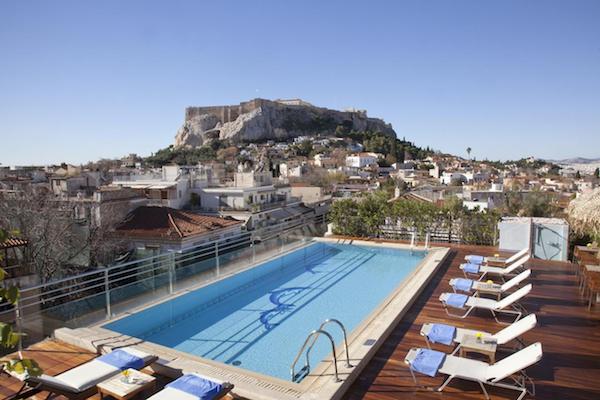 “Nestled on an unassuming little street in the heart of Plaka, Athens’ quaintest and most historic neighborhoods, the neoclassical-style hotel building is grandiose in a charmingly old-fashioned way.”

Featured as Fodor’s Choice in Athens. 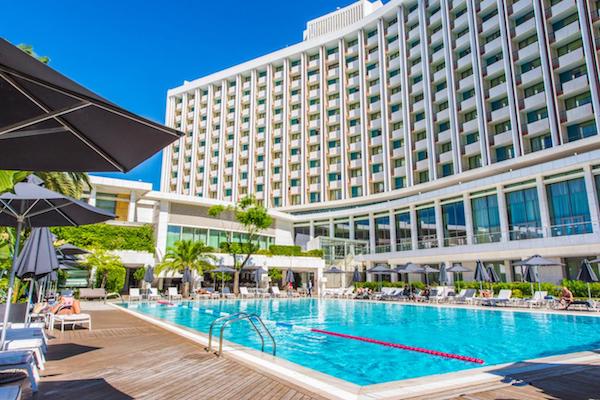 “When it went up in the 1960s, the Hilton was Athens’ first modern luxury hotel, and it is still one of the best hotels in town. Thanks to the Metro, you can be in Syntagma Square or at the Acropolis in minutes.” 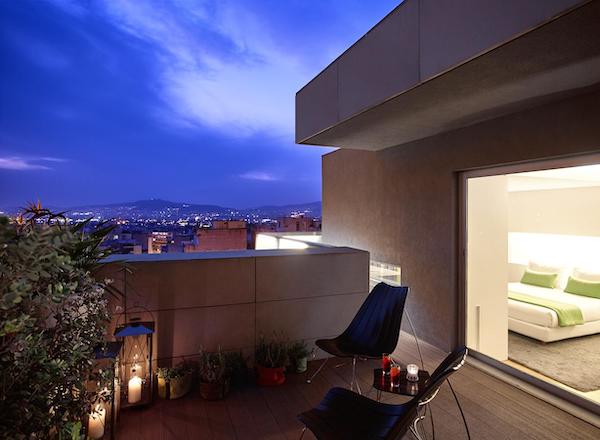 “In the middle of the Psyrri night life scene, Fresh Hotel offers 133 bright rooms with whimsical splashes of highlighter tones. Look out for works by local artists hanging above Philippe Starck- and Zaha Hadid-designed furniture.”

Plaka
Plaka is the historical neighborhood of Athens and is arguably the most picturesque and beautiful area of the city. The neighborhood is located in the vicinity of Acropolis and its ancient temples. Replete with tiny shops selling clothes, jewelry, and ceramics and paved with narrow cobblestone streets, the area has the ambience of a village.

Monastiraki
Monastiraki is famous for its iconic landmarks such as Stoa of Attalos, the Ancient Agora, Hadrian’s Library, and a museum exhibiting Athenian artifacts. With a well-known flea market, the neighborhood also houses ancient ruins, restaurants, hotels, taverns, bars, cafes, and small shops as well as offers views of the Acropolis.

Syntagma Square
Syntagma Square is a historical landmark in Athens and is an important hub of social, political, and commercial life of the city’s residents. Syntagma Square is situated in front of the Old Royal Palace that accommodates the Greek Parliament since 1934.

Exarcheia
Exarcheia is an area located in the downtown part of the city near the iconic building of the National Technical University. The neighborhood is renowned for the home of Greek anarchists.

Kolonaki
Kolonaki is a neighborhood with shopping complexes that provides space to both Greek boutique designers and international brands. It is also home to a wide array of mid-range and fine dining restaurants.
Which Athens hotel offers great views?
The Hilton Hotel offers amazing views of the Acropolis. The Hotel Grande Bretagne also offers great views of Athens.
How much does a hotel stay cost in Athens?
The average rate for a 3-star hotel in Athens is around $75 per night. If you're looking for a 4-star hotel in Athens then it will cost you around $110 per night. For the luxury segment, 5 star-hotels, you'd be looking at a cost of around $205 per night.
Which Athens hotel offers the best breakfast?
The early bird catches the worm, if you're looking for an Athens hotel offering a great breakfast, then go for the AthensWas Boutique Hotel.
We use cookies on this website to analyse your use of our products and services, provide content from third parties and assist with our marketing efforts. Learn more about our use of cookies and available controls: cookie policy. Please be aware that your experience may be disrupted until you accept cookies.