We list the best hotels, hostels, B&Bs and guesthouses in Abu Dhabi as recommended by travel experts from CNN, Lonely Planet, Fodor’s, New York Times and more. All hotel recommendations have been referenced with customer reviews. The ratings you see is an aggregate from several platforms and is always higher than 4 out of 5 stars.

The city of Abu Dhabi is the capital and the second-most populous city in the United Arab Emirates. Abu Dhabi also serves as the capital of Emirate of Abu Dhabi, where it is the largest of the seven emirates in the country.

The Yas Marina Circuit, the second Formula One track in the Middle East, serves as the venue of the Abu Dhabi Grand Prix. This attracts numerous people to the city over the course of the Grand Prix.

Abu Dhabi is famous for its breath-taking architectural designs and styles which offers one of the best spectacles to the eye. It is easy to enjoy commanding views from the hotels on this review which would just make your stay in the city even more worthwhile.

If you like our list of best places to stay in Abu Dhabi, then you should also check out our selection of recommended hotels in Dubai or best hotels in Mumbai. 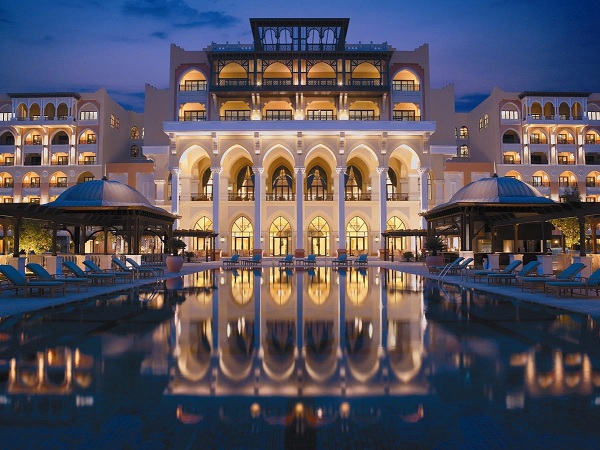 “Picturesque waterways run past the luxurious Shangri-La, affording lovely views of the Sheikh Zayed Grand Mosque on an opposite bank. Amenities include a private beachfront, the Asian-inspired Chi spa and the opulent Pearls and Caviar restaurant and lounge.” 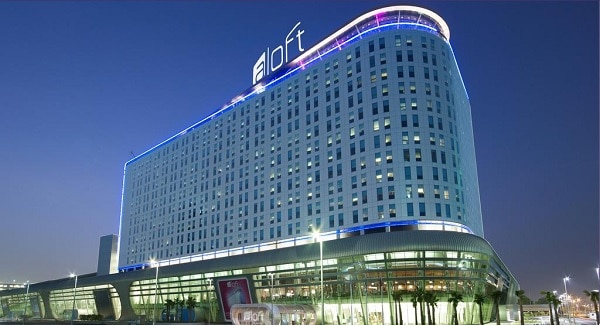 “The towering Aloft hotel has 408 rooms done in a sleek and angular style and contains the popular rooftop bar Relax@12, among others.” 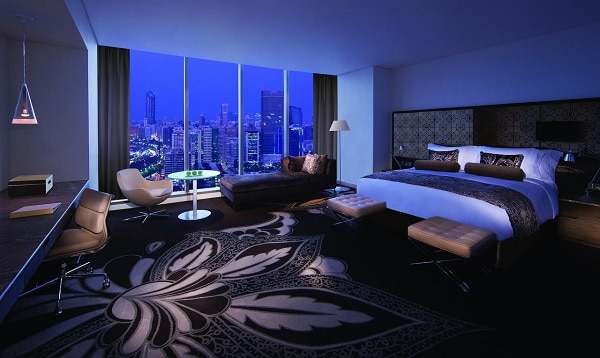 “An exceptional hotel, occupying a landmark tower – one of five that rise from the end of the Corniche like polished organ pipes.” 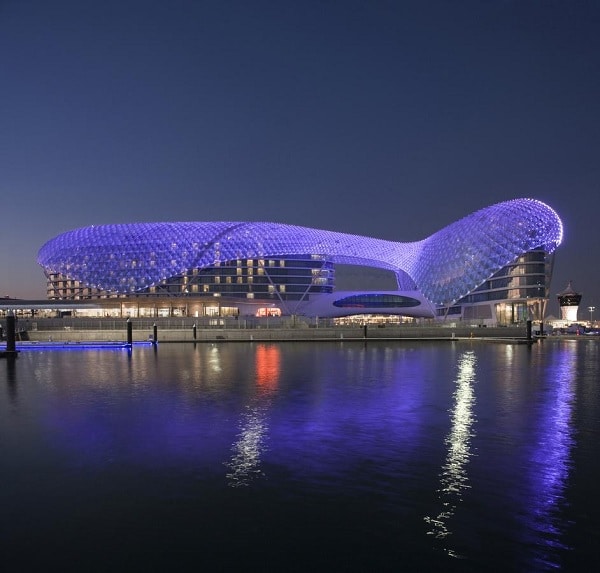 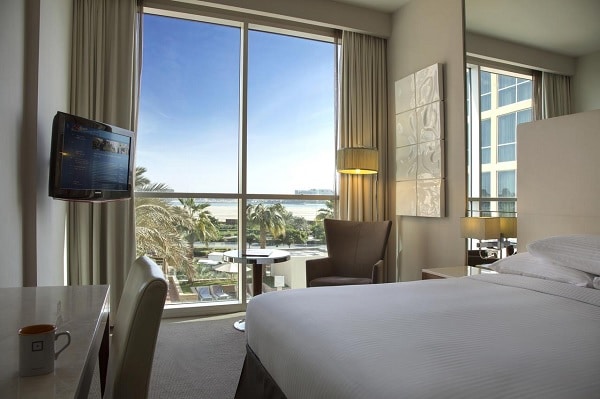 “In the centre of the Yas hotel district, this contemporary choice has compact rooms for the budget conscious and attracts a younger crowd.”

Al Raha
One of the most posh residential areas, Al Raha is the home to the authentic Emirati villas and houses. The villas built in this neighborhood are beautifully extravagant yet simple and it is the best place to witness the architectural wonders of the country.

Al Reem Island
Al Reem Island is the finance hub of Abu Dhabi and the neighborhood evokes the hustle and bustle of any leading financial capital in the world. The area is thronged by thousands of tourists and residents who visit the place to witness some of the most avant-garde sights of the country.

Al Reef
Al Reef is noted for its characteristic urban-lifestyle setting and is a perfect hangout spot for the people who intend to discover the emirate’s city life. The neighborhood has ample of hotels and townhouses as well as numerous health clubs, public parks, shopping malls, and restaurants.

Al Maryah Island
Al Maryah Island is among the newly-built neighborhoods in the emirate and it is swiftly turning into one of the most sophisticated city centers of the city. The neighborhood is the home to some of the best shopping centers and technology hubs in the country.

Saadiyat Island
Saadiyat Island is among the most luxurious areas in the city and is the home to romantic beachfronts, five-star hotels, and large villa complexes.
How much do I have to pay for a night in a hotel in Abu Dhabi?
For 3-star hotels the average rate is around $70 per night. If you're looking for a 4-star hotel then the rates are around $90 per night. The average rate for a 5-star hotel in Abi Dhabi is around $200 per night.
Which Abu Dhabi hotel offers great breakfast?
If you're looking for a hotel that offers great breakfast, then Shangri-La Hotel Qaryat Al Beri or The Jumeirah at Etihad Towers Hotel are probably your best bets in Abu Dhabi.
What's the best hotel near the airport in Abu Dhabi?
If you're looking for an excellent hotel near the airport in Abu Dhabi, then go for Hotel Centro Yas Island.
Which hotel offers the best views in Abu Dhabi?
The Jumeirah at Etihad Towers Hotel has some excellent views of Abu Dhabi.
We use cookies on this website to analyse your use of our products and services, provide content from third parties and assist with our marketing efforts. Learn more about our use of cookies and available controls: cookie policy. Please be aware that your experience may be disrupted until you accept cookies.